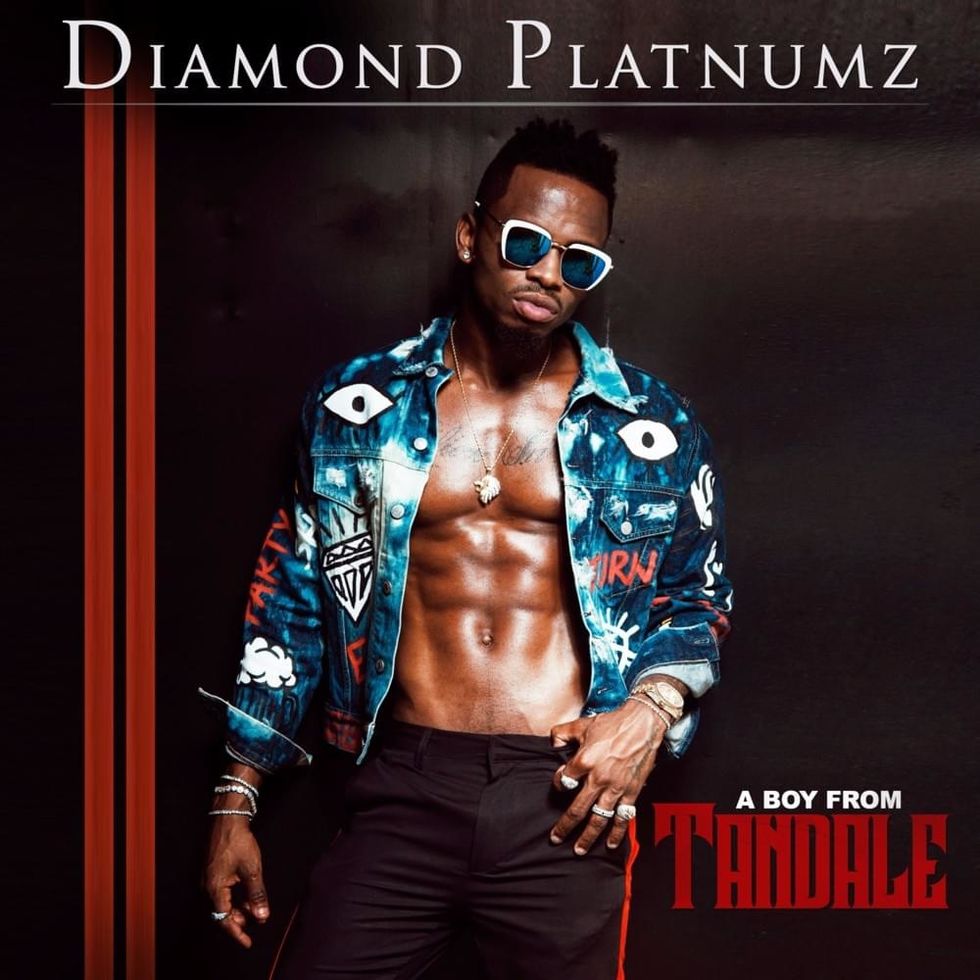 A Boy From Tandale album cover.

The star-studded A Boy From Tandale blends the Tanzanian artist's native bongo flava sound with hip-hop, R&B, dancehall and more.

With a career spanning over a decade, he has transitioned from humble bongo flava newcomer to a globally recognized afro-pop heavyweight. His brand new album, A Boy From Tandale, is proof of this evolution—Tandale being the slum in Dar Es Salaam where Diamond was born and raised. With his prospering WCB Wasafi Label, numerous endorsement deals, and popularity beyond the borders of his beloved Tanzania, Diamond's success story has been a remarkable one to witness.

Arriving four years after his debut album, Lala Salama, this new LP carries the fiery energy of where Diamond is at with his career right now. Unlike his debut, this album has the safety blanket of a sleek distribution deal with Universal as well as a world of loyal supporters that Diamond has gained over the years.

The 18-track album is packed to the brim with bouncy club bangers and infectious chart-topping singles that we already know and love. As part of his cross-over mission, Diamond goes ahead and sings in English for a large portion of the project but he does throw in a few songs which are fully-sung in Swahili to maintain his Tanzanian pride.

Album opener "Hallelujah" which features Morgan Heritage is a seductive, club-ready track tinged with groovy island rhythms and reggae instrumentation. The follow-up track, "Waka," features Rick Ross and it carries all the elements of a manufactured hit single. It's not very lyrically-rich but, hey, no one's complaining when it comes on at 2AM in the club, right?

Amidst all the boom-bap of these massive singles, he manages to squeeze in some brilliant bongo flava tracks. "Kosa Langu" stands out immediately. Not only does this song inspire some blissful nostalgia with its traditional style production, his vocal performance is truly captivating. It's one of those songs you go back to, and you're like "Yep, this dude is mad talented."

With the likes of Flavour, Rayvanny, Davido, Jah Prayzah, P-Square and Vanessa Mdee featured, the album has no shortage of African collaborations. One can't help but fall head over heels for mid-tempo love ballads like "Eneka," "Far Away," and "Marry You," the latter became the first song by an African artist under Universal to go six times platinum.

One of the most well-known tracks on his album is "Fire" which features Mavin's First Lady Tiwa Savage. The fusion of the East and West on this song was ingeniously executed. It's the kind of song that just won't get out of your head and it is not surprising that the up-beat record was an instant hit with fans.

The latest single from the album, "African Beauty," features Omarion and is produced by Nigerian producer, Krizbeatz, whose signature style of blending afrobeats with electronic music gives the song a crisp and classy finish.

Musically, this album blends various music genres such as hip-hop, R&B, reggae, dancehall, as well as his native bongo flava and dansi sounds. For most of the album he enlists his famed in-house producer, Lizer Classic, who has been instrumental in cultivating a highly marketable wave of East African pop music.

Not to take away from his endeavors but it's not hard to notice that Diamond sings so much better purely in Swahili. The bongo flava tunes in the album have balanced out the crescendo of his ambitious, genre-hopping tracks. Overall the album is unnecessarily lengthy and lacks a cohesive stylistic approach. At some point it begins to sound more like a greatest hits album. This is not a bad thing, but it makes you wonder if he really had to include singles that were dropped as early as 2014 in the project.

Nonetheless, this album raises the bar even higher for African music. It exemplifies all the boundaries that we can break with our music. Diamond is now a home-bred, bona fide superstar and the world is his oyster. And even with all the flashy music videos, international collaborations and ever-changing sounds, as you listen to this album there are parts where the true essence of Diamond shines through.

If you listen hard enough you'll find that the boy from Tandale is still in there somewhere.