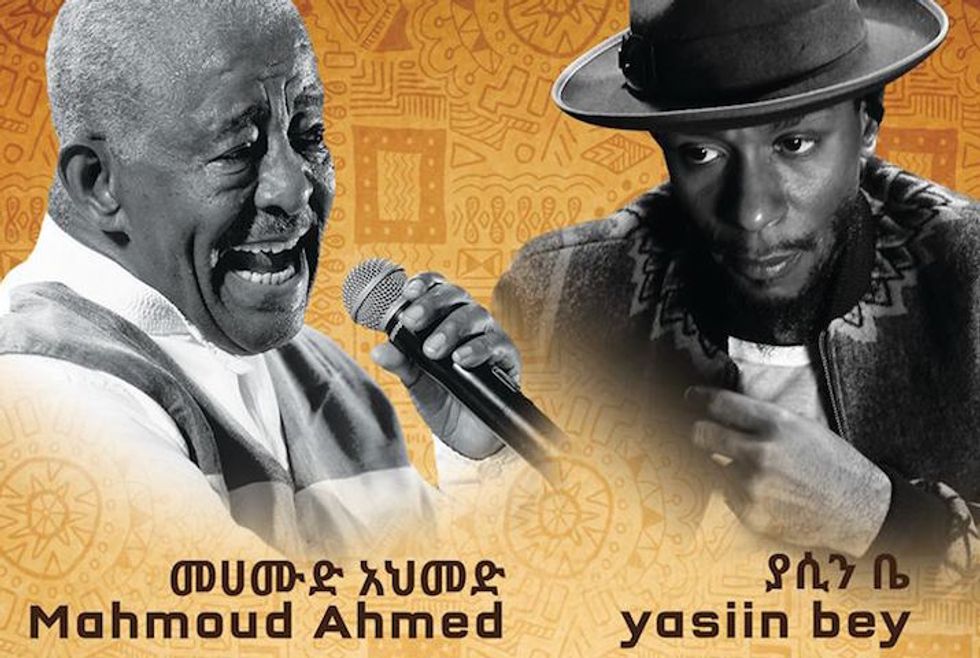 Addis in 2016 is a city with heavy traffic and no stop lights, a new state-of-the-art light rail system and the occasional donkey. Barefoot construction workers balance on ancient wooden scaffolding while building glassy high rises. A festival that mixes krar, masinkos and drum machines, Hip Hop and Azmaris sounds, with acts like sword juggling and skateboarding only makes sense in one place: Addis Ababa. This is Selam Festival Addis.

As an Ethiopian-American MC in the diaspora now, I remember touring Ethiopia with Meklit Hadero, Burntface and Kaid, and having to double both as a performer and sound engineer for most of our shows. The music we all did was a bit different than the norm, but we were embraced and held by the people everywhere we went. This was in 2011, one year before Selam Festival was born.

With a lineup that spans continents, genres and traditions–including Yasiin Bey’s debut Ethiopian performance, Ethiopian music scene legend Mahmoud Ahmed and Ethiofuturist producer & DJ Endeguena Mulu of Ethiopian Records (who’s also performing alongside The Azmaris Synthesis)–Selam Festival aims to become one of the top music festivals across Africa. This year, they’re also hosting workshops on sound engineering, stage lighting and design, as well as a forum on the future of Ethiopia’s culture sector and creative industry. As an MC who’s often worked sound, I couldn't be happier to see this skill-sharing happening back home now, along with a lineup that reflects what Addis feels like to me.

I got to ask Aron Senay from Selam Festival Addis a bit about how this all came together.

Can you tell us about the history and the vision of Selam Festival?

Selam Festival Addis is a concert organized by Selam Ethiopia, an NGO that aims to bring local and international artists together on the same stage while building a strong cultural and music infrastructure for Ethiopian art. This year will be its fifth edition.

You know it wasn't until I looked on your website that I learned Selam Festival and the record label Selam Sounds, who released Ethiocolor's fantastic debut album, are related. What are all the different projects Selam is up to?

Selam has several projects in music and art that go beyond the borders of Ethiopia. Our most famous project is the one with Inner Vision (resident Selam group, founded and funded by Selam Ethiopia). They performed last year at Selam Festival Addis. Selam was successful in being the first entity to secure the admission of visually impaired artists to enroll in the prestigious local Yared Music Academy. Several projects are to come to life very soon but they all consist of ensuring Ethiopian art and music going global. In addition Selam is behind the organization and funding of big and small concerts in Europe featuring Ethiopian artists.

Something that immediately stands out to me is the diversity in this year's lineup, across different genres and even mediums. I haven't seen anything like it in Ethiopia before, but when I think of Addis Ababa all of these elements make complete sense to me. It also feels like a bold answer to the misconception that any group of people are a monolith. How did the diversity in your lineups evolve for you as festival organizers?

As you said, diversity comes innately to Ethiopia and consequently Ethiopians. That being said, when one aims to build a solid infrastructure in the arts one needs to be conscience of the diversity that exists within art itself, as a domain. No one can grow alone. Ethiopian art is historically and substantially rich, very rich. Bringing every form of art, genre and people from across the world onto the same stage can only fasten the process of an interactive and creative fusion. The diversity within our lineup advocates this idea. We believe that our audiences deserve such an experience, hence our yearly lineup.

I'm very interested in the forum you’re having on Friday about the future of Ethiopia's culture sector and creative industry. What are some of the issues you’re hoping to address with that forum?

Some of the issues will include the importance of working with structures within the creative industry, a view on essential components for the industry to develop, and the specific role of music within societal development. In addition there will also be discussion about the value of infrastructure when working with festivals and exhibitions in the creative industry and experiences on creating environments for expos. There will also be talks about redefining the future of art journalism and criticism, among other interesting topics.

Tell us what you’re most excited about this weekend.

I am very excited to see how the identity we created for our audience will unfold. This year's Selam Festival attendees are called "Selamawis" which in our national language means "a peaceful person or act". I am equally excited to see our audience engage in the several on-site activities (for example, skating). What I am really excited about though, parallel to the artists performing, is to watch how we will, with our audience, be able to break the culture of festival in Ethiopia by engaging in innovative activities, ways of "having fun" and redefining an overall interactive event. That's what our team has been working towards and seeing that coming to life would be the highlight, if I may, for the entire Selam Staff and myself. I am also very excited to see Mahmoud Ahmed and Mos Def perform, but that goes without saying.