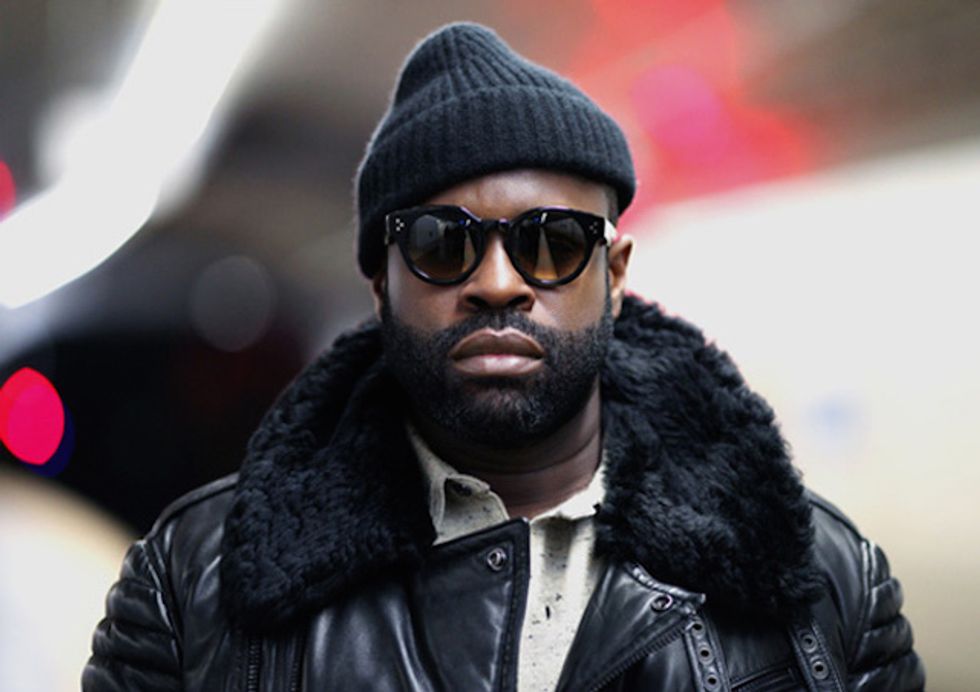 For the latest installment in their artist playlist series, Fela.net recruited none other than Black Thought to select some of his favorite Fela Kutitracks. For his choices, The Roots MC — who rhymed over a sample of the afrobeat legend in "I Will Not Apologize" and covered "Water No Get Enemy" last year — picked Fela standouts like "Expensive Shit," "He Miss Road," and "Teacher Don't Teach Me Nonsense."

“I was introduced to the music of Fela Kuti in 1994 by my good friend Santi Gold," Black thought tells Fela.net. "I accompanied her to a record store in Philly to purchase some of her dad’s favorite music as a birthday gift for him. I decided to purchase the album Original Suffer Head for myself and the rest is history. I identified with the Nigerian Afrobeat sound in a way that I had never identified with any other music before and the spirit and feel of Fela’s music became the soundtrack for the best part of my life.”