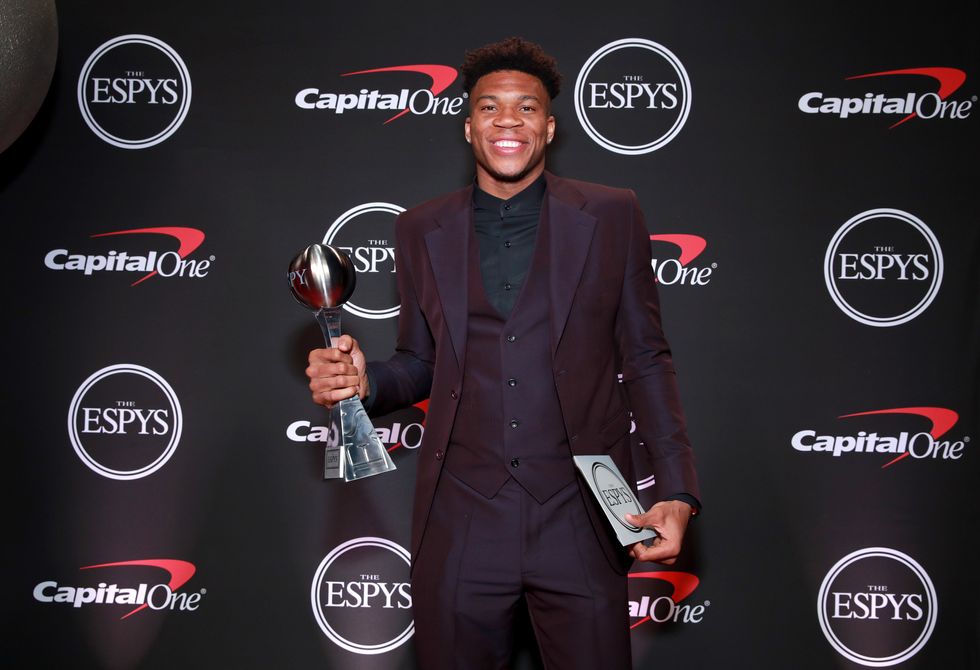 It's safe to say the Greek-Nigerian athlete is having an incredible year.

Milwaukee Bucks forward Giannis Antetokounmpo is having a stellar year. After being named Most Valuable Player at the NBA Awards last month, the star athlete took home both the Best Male Athlete of the year award and the Best NBA Player of the year at last night's ESPY (Excellence in Sports Performance Yearly) Awards.

It was the Greek-Nigerian player's first time being nominated for Best Male Athlete, and he beat out the likes of Patrick Mahomes of the Kansas City Chiefs and golf star Brooks Koepka to earn the win.

He was up against fellow NBA stars James Harden, Kevin Durant and Paul George for Best NBA Player of the year. This year was the player's second time being nominated for the award and his first win.

The 24-year-old athlete was all smiles when he took to the stage to accept the award for Best Male Athlete, jokingly referencing his heartfelt MVP speech and telling the audience: "this won't be like the NBA speech, I'm not going to cry today."

"When you believe in your dreams, things like this can happen," he added.

The annual ESPY Awards, established in 1993, recognize achievement in the sports world by honoring its best players across various fields. With his breakout performance in the league this year, it makes sense that Antetokounmpo would receive not one but two of these prestigious awards.