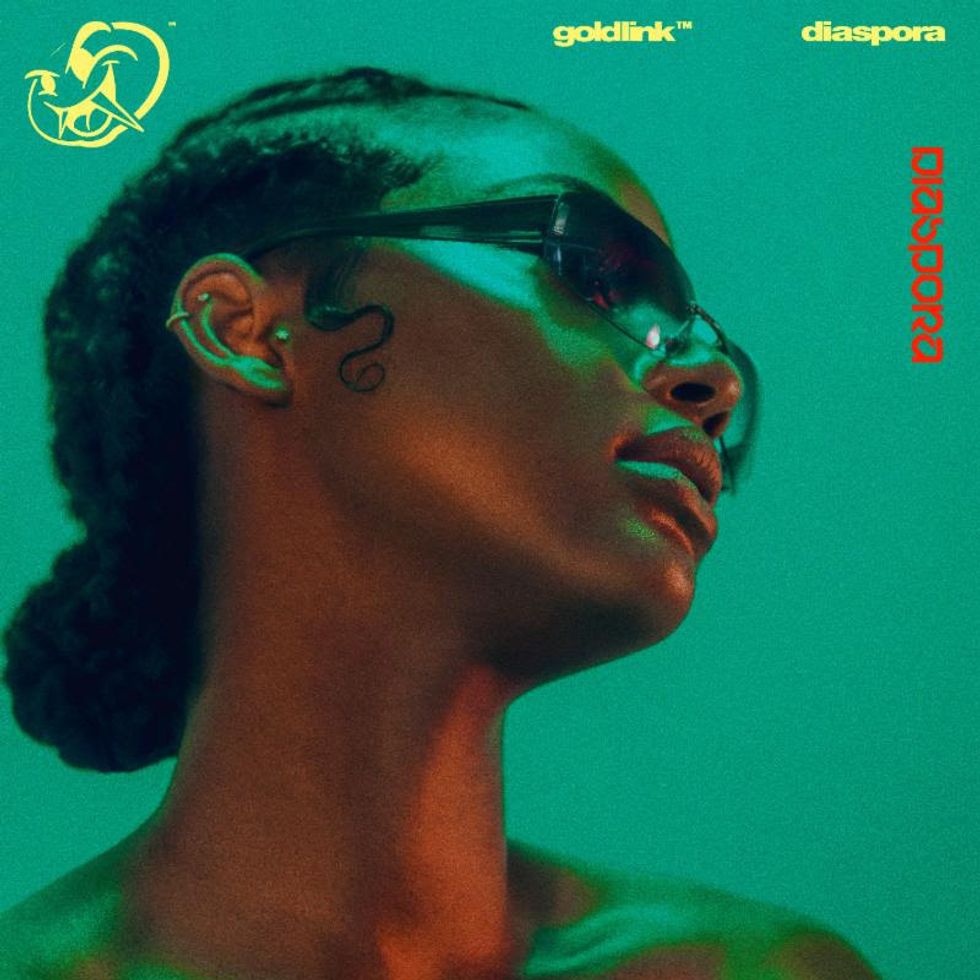 GoldLink, easily one of the most exciting rappers out right now, is back today with his brand new album, Diaspora.

True to its name, the 14-track Diaspora sees the DMV rapper connecting with the likes of Wizkid, hitmaker Maleek Berry, British-Ghanaian producer Juls, and Kenya's Blinky Bill, as well as Pusha T, Tyler the Creator, Khalid, WSTRN and more.

The record was first announced with lead single "Zulu Screams," an addictive track that features Maleek Berry on the chorus and Bibi Bourelly on additional vocals.

Both GoldLink and Berry appeared on The Tonight Show with Jimmy Fallon last night to perform the track. They, along with a crew of dancers, brought the heat for a highly-energetic performance that showcased the GoldLink's rapid fire flow and the track's sped-up highlife guitar samples.

Diaspora also features standout track "No Lie," a head-nodder that sees him connecting with the Starboy himself, Wizkid, who delivers a solid chorus for the song.

Another clear highlight is the single "U Say," which features production from Juls and guest verses from Tyler, the Creator and Jay Prince. There's also production from Kenya's Blinky Bill who handles "TIff Freestyle."

"[Diaspora] is a natural progression of where I felt like I was going to head anyway," GoldLink told Zane Lowe on his Beats 1 show. "After I kind of did my love letter to D.C. kind of thing, I wanted to figure out what was the pulse, why I love my city so much and I think the answer wasn't directly in the city. I think it was more so directly somewhere else. I've never had as much fun making a record."

Stream GoldLink's Diaspora in its entirety below and watch the Jimmy Fallon performance above.