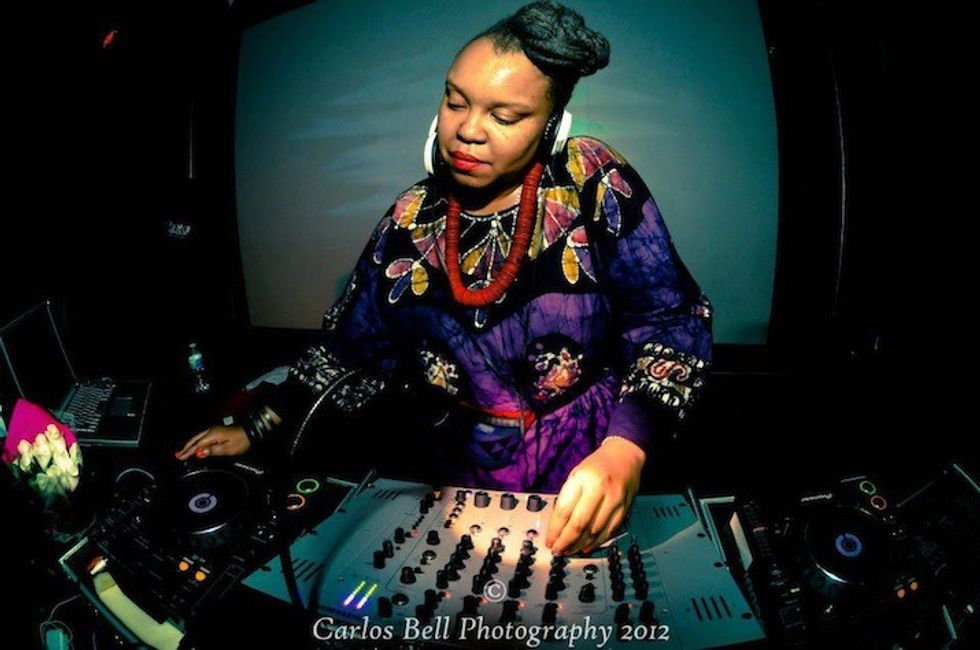 The story of Haiti is a story of a people who refused to be enslaved, rising up against their oppressors and creating the first free black republic in the New World– the only nation in the world established as a result of a successful slave revolt. Ostracized and isolated by the West because of this, Haiti kept a strong connection to its African roots, maintaining traditions, rhythms and dances of more than 21 plus different African ethnicities– traditions which in some cases have faded on the continent itself. Vodou, while influenced by the original Taino people and French colonizers, is nonetheless a direct path back to Haiti's African ancestors. Indeed the sights, smells and music on the island are the closest a Brooklynite could get to Africa in a three hour plane ride.

Against this backdrop a new movement is gaining momentum. The island is vibrating to the new sound of Haitian House, a deep and tantalizing brew of modern production methods set over the ancient and unmistakable call of the drum. Sabine Blaizin is a New York based DJ, promoter, community activist, who some on NYC's house music scene may know from her brand Oyasound, which gives homage to the ancestors and promotes warrior women in music with a host of great events and excellent Afro Deep House mixes. I sat down for a quick chat with Sabine to learn more about the Haitian Deep House movement, No Passport parties and Haiti in general.

Kelly Webb for Okayafrica: Tell me a little about how you became involved in No Passport, the Haitian Deep House / Rara Tech party that started in Haiti and is starting to go international?

Sabine Blaizin: Well, I’m Haitian and I hadn’t been back in 14 years. I wasn’t aware of the scale and excitement of the scene until I traveled to hear my friend Djeff, one of my favorite house DJs from Angola, to Port au Prince. The reception to the music was incredible, and the party, No Passport started by Haitian DJ Producer Gardy Girault was an infusion of Haitian culture and electronic music and felt like home.

My dream and goal for the past few years has been infusing not only obviously my African roots but also my Haitian background so when I found out this movement existed I had to be a part of it. I wanted to share this music and experience. There is something there in Haiti that is emerging, that is bubbling, that is taking us to another phase, another level in our historical development. Arts and culture has been a fuel to keep on post earthquake and I feel like this generation is making great innovations in telling their unique truth.

OKA: I’m curious what makes Haitian house unique to any other style of house?

SB: It’s all in the rhythms, the polyrhythmic nature of it. Gardy’s sound, for example, is called Rara Tech, (Rara is a street music in Haiti that is most popular during Easter pays homage to African ancestry and can be quite political as well). His more soulful sound he calls Kompa tech. (Kompa is a type of social dance, similar to merengue on the other side of the island.) The beauty of electronic music is that it lays a foundation which a lot of various indigenous cultural sounds can mix into. Someone can make a conscious choice to program a particular drum pattern or use a certain sound to represent themselves, their culture and their story. There is a certain innate sound that is uniquely Haitian that merges very well with House music.

OKA: Going forward, what are your hopes and dreams for No Passport?

SB: Post earthquake is a pivotal point in our history. There is a definite need for us to come together as artists diasporically so we can help support each other. Since the earthquake there has been a lot of awareness and action on the part of Haitians in other parts of the world to want to give back to Haiti, myself included.

I’m really excited to bring Gardy here to New York and to do his party No Passport. This is part of a larger initiative called Lakay se Lakay (Home is Home). Through the Lakay se Lakay website, documentaries, conferences, workshops, and events our vision is to create global cultural exchange; educational opportunities for Haitian diaspora adults and youth; and highlight Haitian artists and entrepreneurs.

It's been an honor to work with Gardy Girault and his team. Again, I was blown away by the professionalism and the incredible party vibe that I experienced in Haiti. I definitely feel like in our scene in New York we need a little more of a vibrancy and appreciation for what's going on in different countries. When South African house became popular here recently that gave us a whole new vibe and so much energy. As we explore this music from different places whether it be from Haiti, South Africa or elsewhere, for me, it puts things in perspective as a DJ, as a dancer, as a producer, as an event planner – people are doing this as their livelihood, this is their passion, regardless of the circumstances of what's happening in their country – this is the beauty of art. We can get so oversaturated here that we forget the true essence and the community and legacy of what we are building. My inspiration right now is looking at what's happening in Africa and the Caribbean, namely Haiti, and that refuels me and gives me perspective in the work that I do.

You can check out the new sounds of Haiti at the "Lakay Se Lakay: Home Is Home" Haitian Electronic Artist Conversation Series, a free panel of Haitian and Haitian-American artists sharing insights on their style and the role of Haitian traditional sounds in their work at the Commons in Brooklyn, Friday June 27th (6:30-9pm), and the No Passport New York Edition deep house party Saturday, June 28th (9pm) at DCTV. Purchase advance tix for the party here.