Always Wanted to Give a TED Talk? Here's How You Can Become a TED Fellow 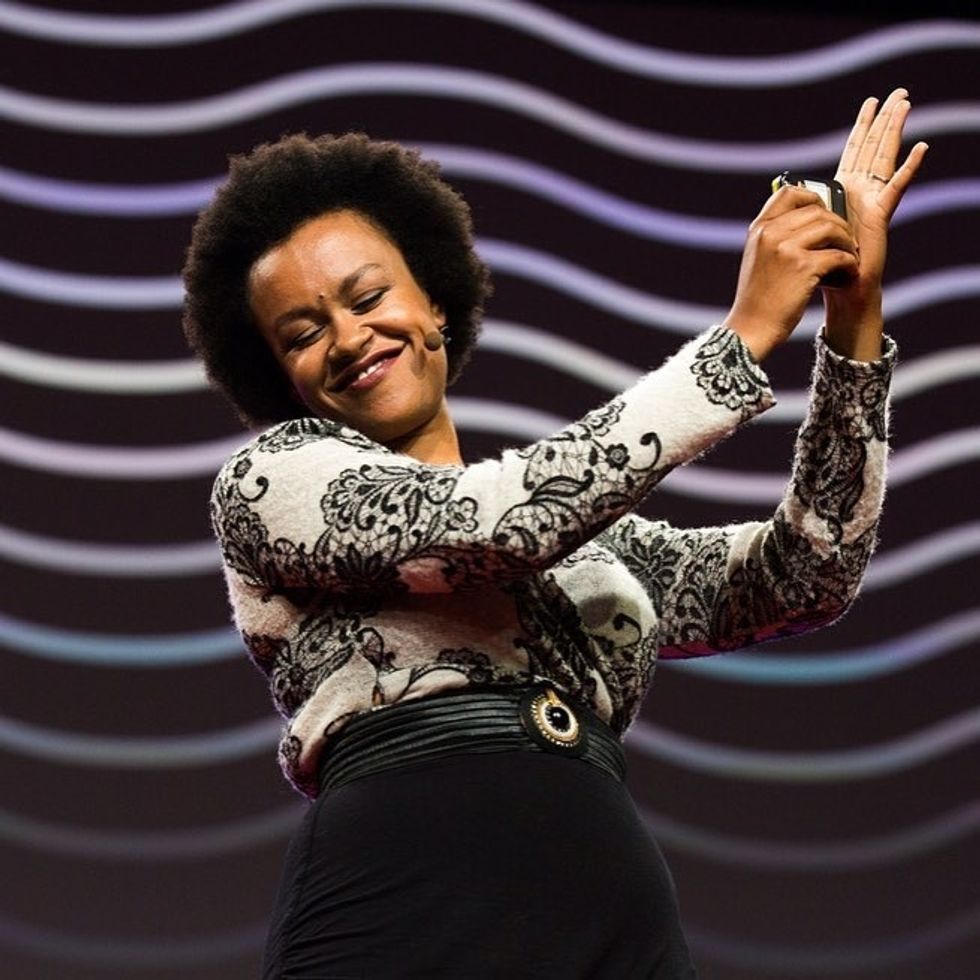 We speak to the director of the TED Fellows Program, Shoham Arad, about the application process and what TED looks for in a fellow.

We've likely all watched in awe as an impossibly bright thinker delivers an unforgettable TED Talk.

It's no secret that TED speakers are amongst the most compelling, and innovative in the wold. For that very reason, it can feel like the task of giving a TED talk is reserved for an exclusive group of people, one that might seem largely inaccessible. But in reality, that is not the case. In fact, the TED Fellows Program was built to counter that idea.

As the program's driector, Shoham Arad tells us, The process of becoming a TED fellow, and eventually getting the opportunity to grace the TED stage, is far more open and democratic that one might think. What matters most is having an innovative idea, that you believe has the potential to positively influence communities both big and small. Descriptions about what ideas are "ideal" are left indefinite on purpose, because really, anyone can have a TED-worthy idea not just award-winning rocket scientists or world renowned artists. The purpose of the program is to support creative thinkers who might not have the platform or the resources to support their groundbreaking idea.

Read our conversation below for some insight on the program, the selection process, and the work of past African fellows, and remember, your ideas are worth sharing.

Damola Durosomo for OkayAfrica: Can you give us a general overview of the TED Fellows Program and its mission?

Shoham Arad: We find people who do incredible, amazing work, who have some kind of proven value, and we give them the support that they need to scale their attack. That's the gist of what we do. The program was founded on the premise that there were people who's voices weren't necessarily being heard or represented inside and outside of the TED ecosystem. We're determined to find them and give them the platform and the access to the tools that they need, as well as access to the community and network that they need to succeed in whatever endeavor they're working on.

We take 20 people a year, sometimes 40 people depending on whether or not we have a TEDGlobal event. Everything is done through a public application process. Nobody is appointed a fellow, and that's really important to us, and we give them short-term and long-term support to scale their impact, and basically, to achieve their dreams. That is really what we're after.

We're incredibly global in our nature. We are gender balanced. We're diverse across every imaginable cross-section, including gender, race, socio-economic, politics, field of work, and domain. We support artists, entrepreneurs, musicians, technologists, medical doctors, astrophysicists. We support everyone who's doing excellent work.

This year we're turning 10 years old, so this is going to be our 10 year anniversary class that we're looking for. Originally, we started a one year program and now 10 years later, we support people for longer than a year because we realize that it takes more than one year to scale and to really have a big difference.

We have an incredibly active and collaborative network of 453 fellows, representing 96 different countries, and we are definitely making an impact. I personally come from an industrial design background, I think a lot about design systems, and the fellows program is a design system and created to highlight missing voices, create support, and maximize impact. So, we have to be structured enough for this hugely diverse group of people to find a way to engage, and to be flexible enough to support that deeply diverse group of people.

The program is meant to intervene at really key, important moments in fellows' lives, so we pick people through this application process, and then we give them a community and a network and a platform that they wouldn't otherwise have access to, and we return this idea of proven value and to proven impact.

What does TED look for in a fellow? What are the specific qualities and characteristics?

We're looking for people who have a proven track record of great work in their field, but who are actually on the brink of something incredible: an incredible breakthrough, an incredible ability to scale, an incredible impact, and who need the extra support to get there. So, like I said, we look for people from all disciplines and we're looking for people not just who have a proven record and not just who have a pretty great resume or proven ability to make and do something and thoughts or whatever community they're working in, but also somebody who's interested in the kind of community that we have, somebody who's collaborative, somebody who is interested in peer support, in mentorship.

It's not just about your resume. We're also looking for people who are kind and who are thoughtful. We care deeply about transdisciplinary work and the kinds of breakthroughs that collaborations can have. So, you'll see that in the fact that we support really creative people. We have a ton of musicians, a ton of artists, but we also have a lot of technologists, entrepreneurs, and overall innovative people.

We have everybody together and by giving them the platform and community, we find that amazing things happen. Through the idea of finding people who are both capable and kind, we can foster collaborations and that's important to us.

Can you give examples of ideas from fellows on the continent and the diaspora that have really excited you in the past?

Yes, earlier, I was putting together an email list of fellows who work in Africa, who live in Africa, who are connected to Africa in some way all over the continent, and it turns out that almost half of our community is in some way connected to Africa. So, that's significant and it's no accident that the program started in Arusha, Tanzania, in a lot of ways, at the 2007 TEDGlobal.

We have so many incredible stories of people doing incredible and innovative work in Africa. I can think of Steve Boyes; is a South African fellow who started as a conservationist working on the Gray African Parrot, and who now, a few years later after becoming a TED fellow, is finalizing the plans to create one of the world's largest wildlife preserves in the Okavango.

That's one example of the kinds of work that some of our African fellows are doing. We had a fellow last year, Faith Osier, who is working on a vaccine for malaria, but aside from aside from the incredible scientific work that she's doing, which is innovative and cutting edge, she's also working on creating a community of scientists from across Africa who are working on the needs of their communities, and using data and information from the local communities to solve local problems. She's creating a movement of fostering African scientists. I think that's another example of the kind of innovation that we have in our program from the African continent specifically.

Are there any red flags, things that you don't want to see on an application?

Don't use buzz words. The buzzier you are, the worst your application winds up getting.

Don't apply at the last minute. That will absolutely hinder the process. People tend to do everything last minute, and I get that, but there's a lot of emails that we get the next day being like "The application closed on me and I was almost ready to submit," and it's just not something that we can accommodate. Do two days in advance. Do it three days in advance. Give yourself a little bit of time.

Don't lie on your application. We check references. We do a ton of fact checking. We do a ton of vetting. If you are inflating your work, we will find out about it, I promise you. So, don't make stuff up. That's a big one.]

Something that always gets me about applications is the use of character limits on certain questions. I noticed on the fellows application, the section for "More About You" and "Tell us about the ideas that you're working on" have limits of 750 characters, but for the question "What is your idea worth spreading?" has only 150, which makes me feel that the answer is integral and that you want applicants to be as concise as possible about that answer in particular. What are the types of answers you like to see from that type of question?

Use all of the characters, for sure. Go for it, but be as clear as possible. Tell us what you actually mean. The application can be done really quickly or you can really take your time and get into it, and the people who take their time and get into it will have a better chance. You could sit down and do the application in half an hour and you can sort of shoot it off and that would be that, but you are limited in space. We're limited in our resources as we're reviewing the applications for thousands and thousands of applications to go through. We have a less than one percent acceptance rate, so work offline. Cultivate these answers. Be concise and be specific. Again, what's the story that you can tell that no one else can tell. That's the kind of stuff we're looking for.

What advice to you have for those who might be intimidated by the process or second-guessing themselves?

Please apply. If you don't think you're qualified, apply. If you think you're going to need another three years until you get there, just apply. Let us decide. What we find is it's usually the people who doubt themselves the most who are the people that we're looking for. Just put those feelings aside. Send us the application and let us sort it out.

You can apply to become a 2019 TED fellow here.

Revisit our coverage of last year's TEDGlobal in Tanzania, here.