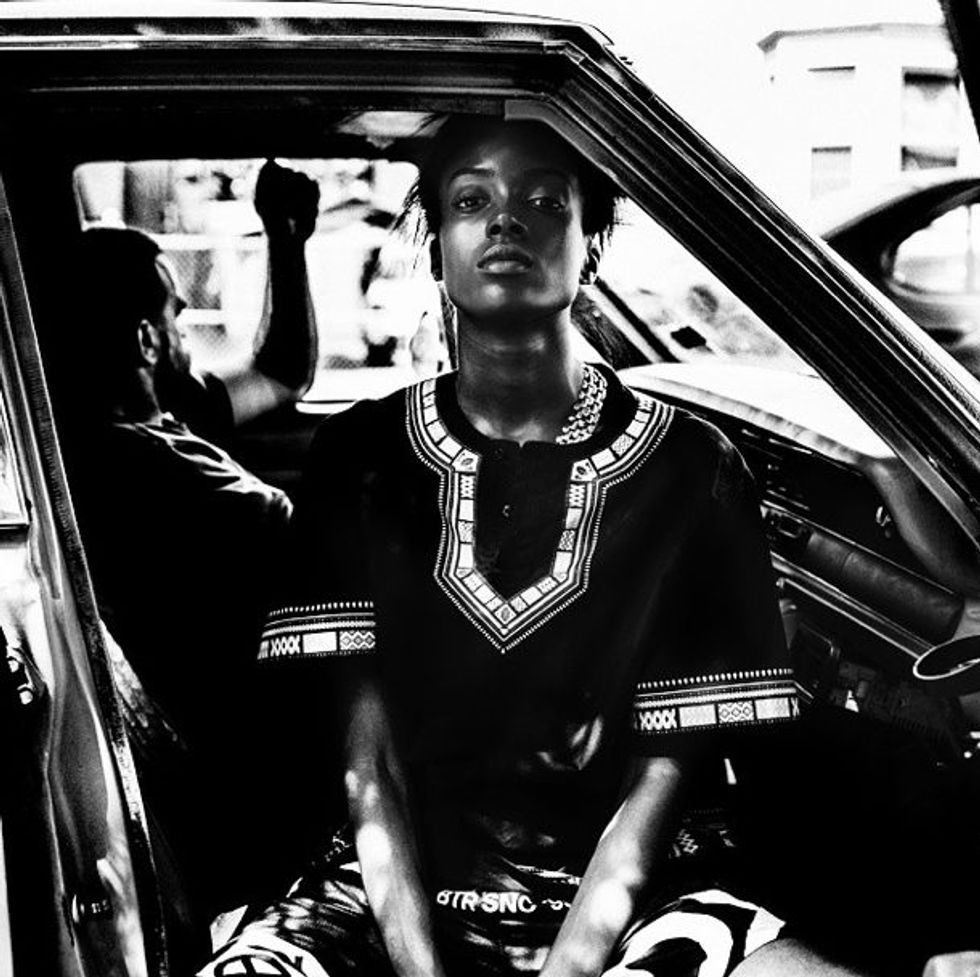 Okayafrica looks at ten of the best accounts Instagramming Africa and the Diaspora, including work from Mambu Bayoh and Francis Kokoroko.

In their article #InstagramingAfrica: The Narcissism of Global Voluntourism Lauren Kascak and Sayantani DasGupta observe the three common types of photographs "voluntourists" share via social media whilst abroad in Africa: "The Overseas Selfie," "The Suffering Other" and of course "The Self-Directed Samaritan." While photos from the motherland have the opportunity to "completely change a woman's Facebook profile picture," as witnessed in a satirical piece published on the Onion, the phenomenon of instagramming the diaspora as a one-dimensional, disease and poverty afflicted land of the suffering is a monotonous narrative that has grown tiresome. What social media has also allowed, however, is the capacity to share other narratives about life in Africa. From portraits and landscapes to quotidian activities, here is a list of ten of our favorite Instagram accounts chronicling life throughout the black diaspora.

Shot primarily on mobile phones, Everyday Africa presents a collection of images that "attempt to redirect focus toward a more accurate understanding of what Africans experience on a day to day basis: normal life." Developed in 2012 by Peter DiCampo and Austin Merrill, the Instagram account has inspired similar projects endeavored towards combatting stereotypes of war, poverty, or disease in black communities.

Inspired by Everyday Africa, Everyday Jamaica proves there's more to Jamaica than Rastas and reggae. As contributor, @ruddyroye eloquently states in his caption of "Bayroute Dad," "Everywhere I go in the world I am aware of the reputation that Jamaican men have sewn worldwide. Rastas, reggae mavericks, owners of the best ganja in the world, highly creative artists, possessive lovers, WENDY holders (it's a story, if you don't know ask somebody) domesticated home makers, and firm believers in siring their fair share of juveniles, just to name a few. Some of these are true, others are myths..."

The first and only international arts festival of photography in Nigeria, LagosPhoto is a growing community of local and international artists united through images composed of individual experiences and identities across the African continent. "LagosPhoto presents and educates about photography as it is embodied in the exploration of historical and contemporary issues, the sharing of cultural practices, and the promotion of social programs." Find out more on the festival in our gallery recap of the 2013 edition.

New York-based photographer Mambu Bayoh was born in Liberia and immigrated to the states during the time of his country's civil war. He moved to New York in 2008 to shoot black models as an underrepresented demographic. His talent comes from the ability to allow his subjects to "personally, uniquely and culturally express themselves."

"I grew up on stories. Now, I am a storyteller who uses the camera as his favorite medium," Nana Kofi Acquah states in his bio. Acquah left the advertising world to pursue a full-time career as a photographer. His work spans from Cameroon, Uganda, Angola, Nigeria, Mali, Senegal, Gambia, Côte D'Ivoire, Liberia, and Ghana. Currently residing in Accra, Acquah is a contributor of @everydayafrica.

There's not much of a bio for  Francis Kokoroko, so we'll let his work act as a visual resume. Primarily capturing moments in Ghana, Kokoroko's project "Gates" is a gem that appears from time to time on his Instagram feed. He describes it as "a visual project on how creatively barriers are created in Accra."

Documentary photographer Glenna Gordon's photo essays capture the beauty, horror, joy and strife of everyday life. A contributor of both @everydayafrica and @lagosphotofestival, her photos of the belongings of the kidnapped school girls of Chibok, Nigeria, appeared on Lens Blog: The New York Times.

Emeka Okereke's project Africans in Bordeaux explores the lives of Africans living in a Western culture. Drawn to the African community while under residency in Bordeaux, France, he "met, dinned and photographed many Africans from Mali, Tchad, Senegal, Nigeria, Republic of Benin, etc.…all of whom were grappling with the complex situation of oscillating between two or more cultures."

New York city-based photographer and filmmaker Mandela Gregoire has in fact met his namesake. With a background in international affairs, Gregoire's work ranges from producing videos for non-profits to shooting the likes of Rihanna.