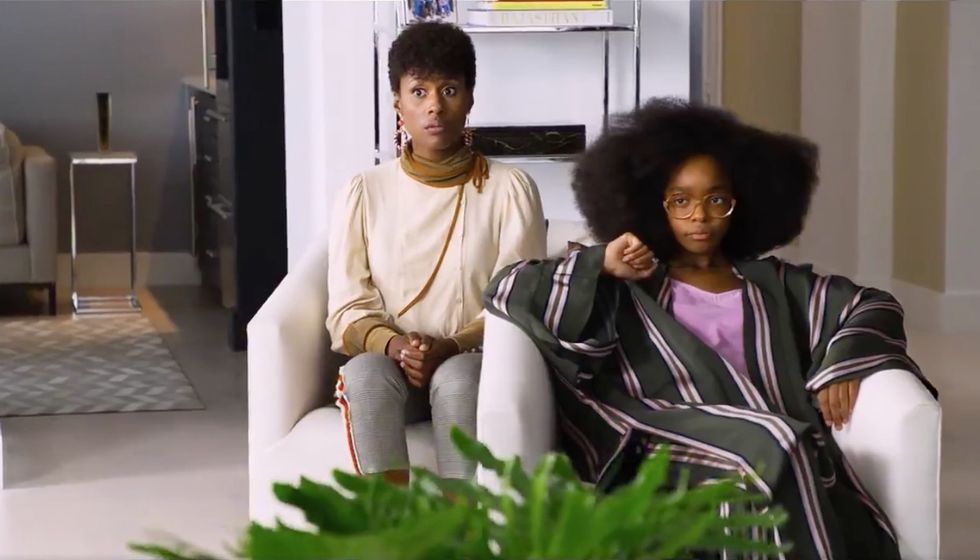 The trailer for Little, the upcoming comedy starring Black-ish star Marsai Martin and Issa Rae is here and it does not disappoint.

Though it was initially thought that Rae might play the "big" to Martin's "little," the trailer reveals that award-winning actress Regina Hall plays that role instead, starring as Jordan Sanders, a no-nonsense executive who is transformed into an adolescent version of herself when a young girl puts a spell on her. Rae is her assistant who has to step up when her boss turns into the younger Jordan, played by Martin.

The film is the brainchild of 14-year-old Martin, who created the concept for the film and serves as its executive producer. The film was scripted by Girls Trip writer Tracy Oliver.

The nearly 3-minute trailer is full of giggle-worthy scenes of Martin and Rae getting into hilarious misadventures as they try and navigate Jordan's newfound youth. We recently named Little on our list of the nine films we're looking forward to the most in 2019.

Little hits theaters on April 12 and will also star This Is Us star Justin Hartley and SNL comedian Mikey Day. Check out the hilarious trailer below.