Listen to a New Song by Kwesta and YoungstaCPT 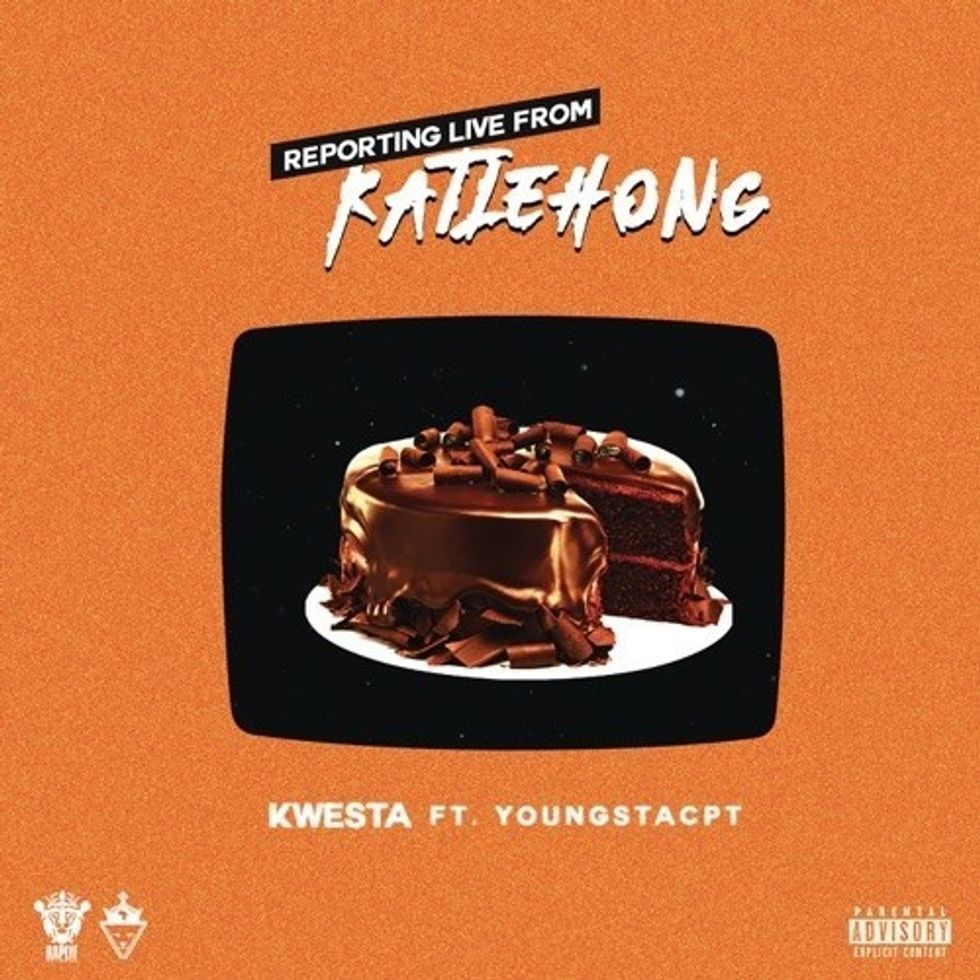 To celebrate his birthday, Kwesta unleashed a surprise single. In the song, which is titled "Reporting Live From Katlehong," Kwesta covers a wide range of topics, among them: the Marikana Massacre, family, friendship and his marriage:

"Come on, your mom been tryna reach ya/ I'm on the call about some feature/ So, now the family's secondary/ The cost of tryna be legendary"

YoungstaCPT, in his impressive verse, follows Kwesta's lead—covering in his verse an equally wide range of subject matter—from his rise, getting overlooked and the gangsterism crisis in Cape Town. He raps:

"Please decipher my poems, I speak in morse code/ Keep the blinds drawn, and the doors closed/ 'cause where we live, it's been declared as a warzone"

Which is by no means unchartered territory from a man whose debut album is based on the realities faced by Coloured people in Cape Town.

"Reporting Live From Katlehong" is one of those songs that deserve multiple listens, as it's packed with subtle wordplay that you may miss on first listen.

Kwesta hasn't rapped like this in a while in his own single. Save from his guest features, the superstar has been making radio hits—"Spirit," "Vur Vai," "Khethile Khethile"—songs that weren't necessarily built for his core fanbase who prefer raps over catchiness.

Kwesta's yet to announce a release date for his fourth album DaKAR III, which is the last of a trilogy that includes 2014's DaKAR and 2016's DaKAR II. The latter was certified seven times platinum last year, making it one of the best-selling South African hip-hop albums of all time.

Stream "Reporting Live From Katlehong" below: