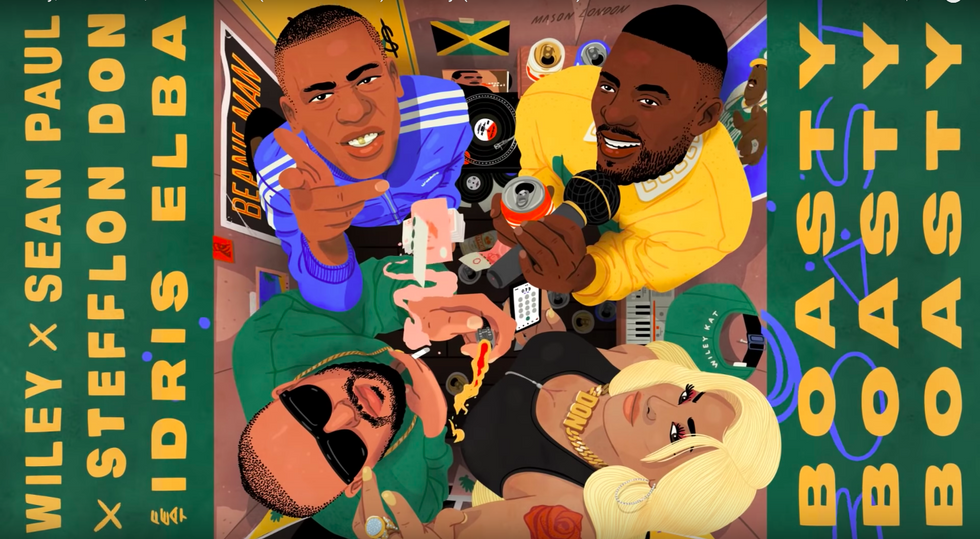 After it was announced earlier this month thatIdris Elbais one of the many musical acts performing at Coachella this year, some folks on the internet were surprised to discover that the celebrated actor also makes music.

The booming track sees the four artists trading verses, each delivering "boasty" lines over the song's drum-filled production. Idris comes in to deliver a smooth verse towards the end.

Now we have in more to look forward to during his upcoming Coachella set. The actor, and People Magazine's Sexiest Man Alive 2018, will also be starring in the upcoming Netflix series Turn Up Charlie—inspired by his post-stardom days—about a struggling DJ and bachelor who takes on a gig as a nanny.

We have plenty of Elba to look forward to in 2019. For now, check out "Boasty" below.