Moozlie's Potent Debut Album ‘Victory’ Proves She Can Hold Her Own 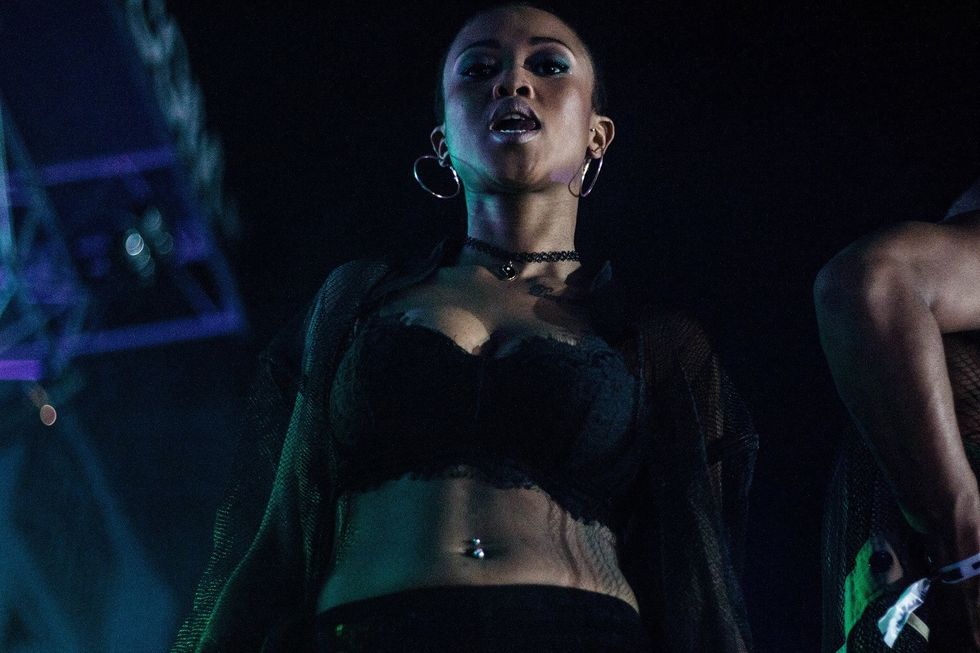 Since breaking into the South African hip-hop scene, Moozlie has successfully leveraged her status in the entertainment industry. She's formed partnerships with Steve Madden for her foray into fashion and previously the now defunct indie label Cashtime Life, which set the tone for SA rap at some point.

After appearing on songs and projects by the likes of Rouge, Solo, DJ Speedsta, Kid X, Ma-E and Da L.E.S, among others, she strides as a solo artist on her debut offering titled Victory. The challenge for Moozlie is proving she can hold her own not just on a single song, but an entire project.

This immediate concern is apparent on "S'funukwazi," which bears a resemblance to AKA's "Baddest." It's a song to head-nod to, nonetheless, much like the mbira-employing title track. The fusion of traditional sounds and a belated muzzled bass line, accompanied by Thabsie's gorgeous vocals is a great introduction. Moozlie's verses are understated, but handled with aplomb, proof of her finding her "rap voice."

"Oh My" opens with soothing piano keys, and her singing here is on par with her industry peers'. The decision not to rely on auto-tune throughout this album shows her understanding of her voice, the value of her tonal inflections is apparent on this song. Her Rick Ross-esque "Huh" adlib is clever, and so is her flow, on a song that's screaming to live on radio charts. It's abruptly one-upped by "Be Somebody" though; a track which bravely reimagines Tracy Chapman's "Fast Car."

For its part, "Rap Therapy" interpolates KRS-One's seminal "MCs Act Like They Don't Know." Despite a lackluster hook, the beat knocks, and the sleights at K.O are legendary; "They outta cash, they outta time," is no subliminal.

Gliding atop a legendary sample is characteristic with what Moozlie aims to represent; morphing various references into a cohesive offering while reinterpreting classic melodies. This is a trait she shares with former labelmate Kid X, her guest on the infectious "Vatel". "Never Give Up" employs a similar sonic structure to "Vatel", with each track incorporating nostalgic kwaito influences.

Aligning herself with past hip-hop and kwaito iconography is consummate Moozlie, underlined by her affinity for Griselda Blanco and Brenda Fassie. What's impressive is how audibly at home she is while establishing this as her motif. It's a confidence that stems from Moozlie's ability to cater for both a pop-leaning audience and a stern hip hop crowd. This is evident on the YoungstaCPT-featuring "Never Run," which sees the Benoni native earn her salute when he spits, "I wrote another dope verse, but I'm coming for The Throne first/ Moozlie, she can pro-twerk, so I must be the yoghurt." That makes up for the let-down of an absent Reason verse on "See The Sun." That omission isn't caused by fear, however, with a littering of SA rap royalty all over the project.

Read: In The Lab With Yugen Blakrok

Her confidence is apparent in her choice of features and not seeming out of depth on wax. "Pray," for instance, features both AKA and Yanga, and should easily be a single. The melody is distinctive and potentially enduring, signalling an ability for Moozlie to steer towards new sounds too. Yanga delivers a stellar guest verse for the umpteenth time while the looped beat rings in your ear way after the track's completion. Not to be outdone, Moozlie strings her most rappity rap lines together here: "My confidence on McGregor, and I got punchlines like Mayweather/ History in the making. It don't matter who you bet on."

Da L.E.S and Rouge appear on "Ain't Playing" and "Mam' Gobozi" respectively for the club-aligned tracks. These are more or less run of the mill with, lacking the melodic thrill Moozlie captures on "Swipe" featuring Gemini Major. Swipe is the anthem every debut album needs and marries Moozlie's rhyming with her ear for good production. This is bound to be a fan-favorite and is a great way to draw the album to a close before Tribal's vocals harken back to AKA's breakout single "Victory Lap" on "Victory Anthem."

The song closes out a solid offering by a woman of many talents. Moozlie trusts her singing voice in between verses here; symbolic of her bravery in her pursuit of rap stardom. The attention to her craft is audible on all the tracks on "Victory" and although this may not be a seamless win, it's certainly a resounding one.