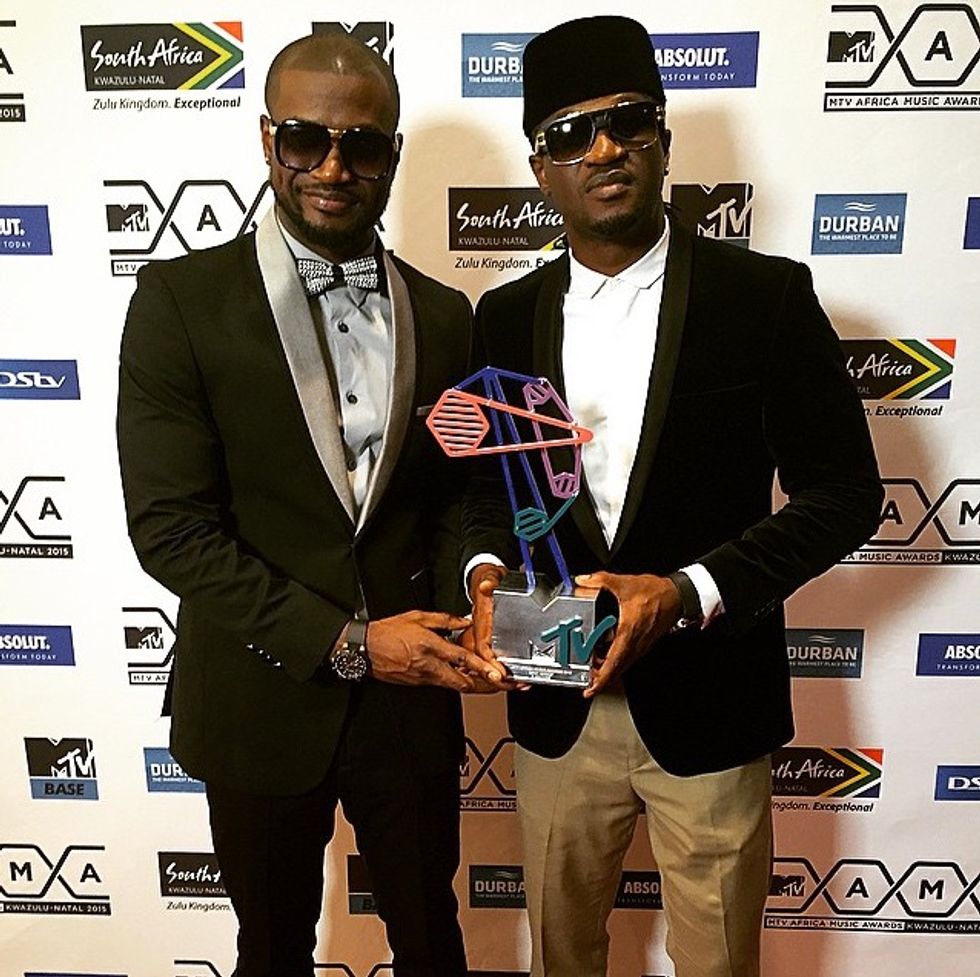 The 2015 MTV Africa Music Awards (aka the MAMAs) went down last night in Durban. Coinciding with Nelson Mandela's birthday, and hosted by Black-ish star Anthony Anderson, the fifth edition of the show saw seventeen awards and honors handed out throughout the course of the night.

Nigeria dominated the Best Artist categories, with Yemi Alade, Davido, P-Square and Patoranking taking home Best Male, Female, Group, and New Act, respectively. The P-Square twins were also recognized with Artist of the Decade, while D'Banj was awarded the very first MAMA Evolution award honoring "established artists who have made an indelible mark on African and global music culture, taken African music to new territories around the world, pushed the boundaries of creativity, and shaped the soundscape of contemporary Africa."

Trevor Noah, fresh off an appearance on The Tonight Show, was selected as Personality of the Year.

Best Collaboration: AKA, Burna Boy, Da LES & JR: “All Eyes On Me” (SA/Nigeria)

Artist of the Decade: P-Square

Me getting it in to open the MTV Africa Music Awards! #mtvmama2015

Mr.@taiyealiyu my manager told me stand up like three times,it's like I had forgotten my OWN NAME😅...and then the mentors @rudeboypsquare @peterpsquare reminded me that I needed to go pick the award...lmaooo.. There is no way I could have forgotten my sisters @iamseyishay @vanessamdee @bucie @busiswa ... We Are A Force ...We Go Together...   A video posted by Yemi Alade (@yemialade) on Jul 19, 2015 at 4:39am PDT

Perfection. Dreamt about this night all my life. The love of my life back in my life and I'm hottest act on the continent. Dreams come true. God bless!!! #MTVMAMA2015 #Upperlife #FamilyTreeMamaWeekend cc @familytreemediaza   A photo posted by Refiloe Phoolo (@casspernyovest) on Jul 18, 2015 at 12:05pm PDT