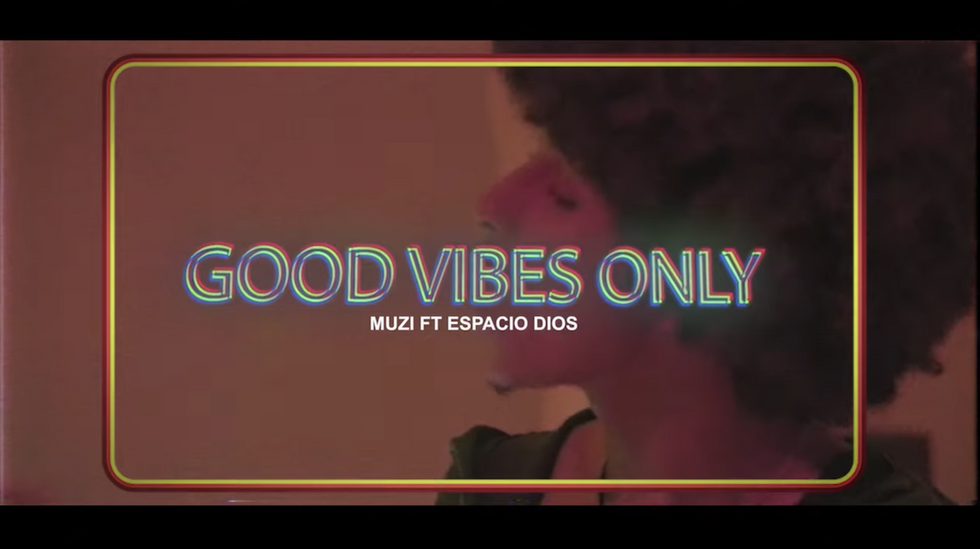 Muzi shares the visuals for his latest single.

Muzi released a new single to his upcoming album two weeks ago. "Good Vibes Only," which features Espacio Dios, lives up to its name—the song is optimistic in its messaging and comes with both a catchy beat and hook.

The video lives up to the song's light-heartedness. Muzi and Espacio masquerade as 70s musicians as they perform the song in the video, rocking mean afros (Muzi looks like Jimi Hendrix in afro, doesn't he?).

"Good Vibes Only" is the lead single to Muzi's upcoming album titled Zeno. The album will arrive on the 11th of October, and features Samthing Soweto, Bad Self, Blackrose and BCUC in some of its 12 songs.

Zeno is Muzi's third album, a follow-up to 2017's Afrovision. Earlier this year, Muzi released the EP Stimela Segolide, which had four songs and told the story of apartheid era migrant labor.