The Ultimate Guide to Streaming African Movies on Netflix 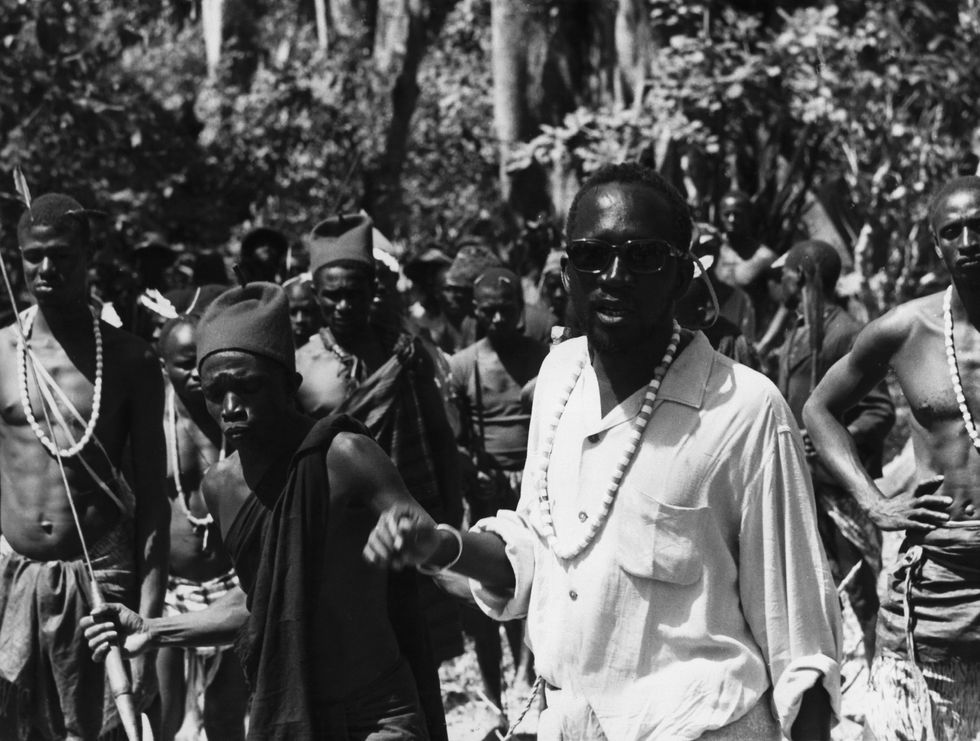 It’s been some time since we’ve checked in on Netflix. A few good films have come and gone (farewell Mother of George and Restless City). But there’s also some new gems—and not to mention six of our Top Films of 2015.

Below, we present our guide to the 15 best African and African-related feature films and documentaries now streaming on Netflix.

(Note: these titles are currently streaming on Netflix U.S. To find out if a film is streaming in your country, head here.)

Writer/director Zeresenay Berhane Mehari’s Ethiopian court drama chronicles the true story of a girl and a lawyer who take on the tradition of abduction for marriage known as telefa. Executive produced by Angelina Jolie, the film had its world premiere at Sundance 2014—where it won the World Cinematic Dramatic Audience Award—and was subsequently selected (but not nominated) as the Ethiopian entry for the Best Foreign Language Film at the 2015 Academy Awards.

Sara Blecher’s South African drama centers on a 21-year-old woman in Johannesburg (Fulu Mugovhani) as she fights to save the car repair shop she’s inherited from her late father. The movie, which Okayafrica contributor Patrice Peck once wrote is as “as ambitious, stylish and audacious as the 21-year-old ‘Afro-hipster’ for whom the movie is named,” was picked up last year by Ava DuVernay’s Array (the L.A.-based collective dedicated to propelling films made by women and people of color).

Out of My Hand

The second film picked up by Ava DuVernay’s Array as part of a double theatrical release alongside Ayanda, Japanese filmmaker Takeshi Fukunaga’s migration drama follows one man’s journey from a Liberian rubber plantation to the “Little Liberia” community of Staten Island, New York, where he’s haunted by ghosts of his wartime past. Writing about the film, Okayafrica’s Aaron Leaf called it the anti-Beasts of No Nation: “a movie about child soldiers that, in a refreshing twist on the genre, has no scenes of child soldiering.”

Jonas Carpignano’s feature film debut is a timely story of African migration to Europe. The poignant docudrama follows two Burkinabé men, single father Ayiva (Koudous Seihon) and his close friend, Abas (Alassane Sy), as they make the perilous journey from Burkina Faso to Italy, where they encounter hostility, violence and a life contrary to the “promised land” they envisioned. The film debuted at the International Critics’ Week section of Cannes last year before being picked up for a U.S. release and distribution by IFC/Sundance Selects.

Half of a Yellow Sun director Biyi Bandele‘s entertaining drama introduces viewers to the entertaining drama of a circle of powerful Nigerian women, taking us through a series of twists and turns in the lead-up to one of the friend's high-profile 50th birthday celebration in Lagos. Executive produced by Mo Abudu, the EbonyLifeTV movie was a smash hit at the box office. (It’s currently the second highest-grossing Nigerian film of all time in Nigerian cinemas.)

Nollywood actor and director Kunle Afolayan’s big-budget psychological thriller is set in the backdrop of Nigerian independence. Eerie and suspenseful, October 1 tells the story of an aging detective as he sets out to unravel a series of murders before the British flag is lowered and the Nigerian flag raised on October 1, 1960.

Kunle Afolayan and the Rise of New Nigerian Cinema

Named after a lyric from the Fela Kuti song “Confusion,” Nigerian filmmaker Kenneth Gyang’s black comedy follows a group of strangers whose lives intertwine over the course of 24 hours in Lagos.

Writer/director Chika Anadu’s award-winning debut feature tells the story of Amaka (Uche Nwadili), a middle-class Nigerian woman approaching 40 who’s in desperate need to give birth to a male child. The film had its world premiere at the 2013 London BFI Film Festival.

This fascinating documentary explores the uncompromising genius behind the late “father of African cinema,” Ousmane Sembène. An official selection at the 2015 Sundance and Cannes festivals, Samba Gadjigo (Sembène’s longtime friend and official biographer) and Jason Silverman’s film weaves together archival materials, new footage, animation and clips from Sembène’s work as it tells the story of the self-taught novelist and filmmaker’s rise from dockworker and fifth grade dropout to one of the world’s foremost auteurs.

Oscar-winning documentarian Alex Gibney’s Finding Fela is an unprecedented look at the life and legacy of afrobeat founder Fela Kuti. (Full disclosure: Okayafrica is an executive producer.) Interspersed with newly-uncovered footage and interviews with the people that knew Fela best, the film follows the cast of the Broadway show Fela! as they prepare to take the musical to Lagos to perform for the Kuti family at the New Afrika Shrine. Finding Fela had its world premiere at Sundance 2014.

The “Jimmy” in Jimmy Goes to Nollywood is Jimmy Jean-Louis, the Haitian actor best known for playing “the Haitian” on Heroes. In April 2012, Jean-Louis found himself in Lagos as the host of the Africa Movie Academy Awards. It was during that time that he began to meet with filmmakers and fellow actors in Nigeria and Ghana—these interviews, with the likes of O.C. Ukeje, Isaiah Washington, Lynn Whitfield, Akin Omotoso, Majid Michel, Hakeem Kae-Kazim, Leila Djansi, Ebbe Bassey, Ama K. Abebrese and many more, form the backbone of this 52-minute documentary, which Jean-Louis co-directed alongside Rachid Dhibou.

A Netflix original documentary, Egyptian-American filmmaker Jehane Noujaim’s The Square chronicles the Egyptian protest movement from the 2011 overthrow of military leader Hosni Mubarak to the ousting of Mohammed Morsi in 2013 through the stories of several young revolutionaries. The film had its premiere at Sundance 2013 and went on to receive a Best Documentary Feature nomination at the 2013 Academy Awards and win three Emmy Awards at the 2014 Primetime Creative Arts Emmy Awards.

Mandela, My Dad and Me

The “me” in Mandela, My Dad and Me is Idris Elba. In 2014, Elba offered UK BAFTA award-winning director Daniel Vernon unprecedented access to a year in the life of our favorite British star. The resulting film takes viewers inside the creation of Mi Mandela, an album which the actor recorded with South African musicians as a tribute to Nelson Mandela and his late father. It premiered at the 2015 London BFI Film Festival.