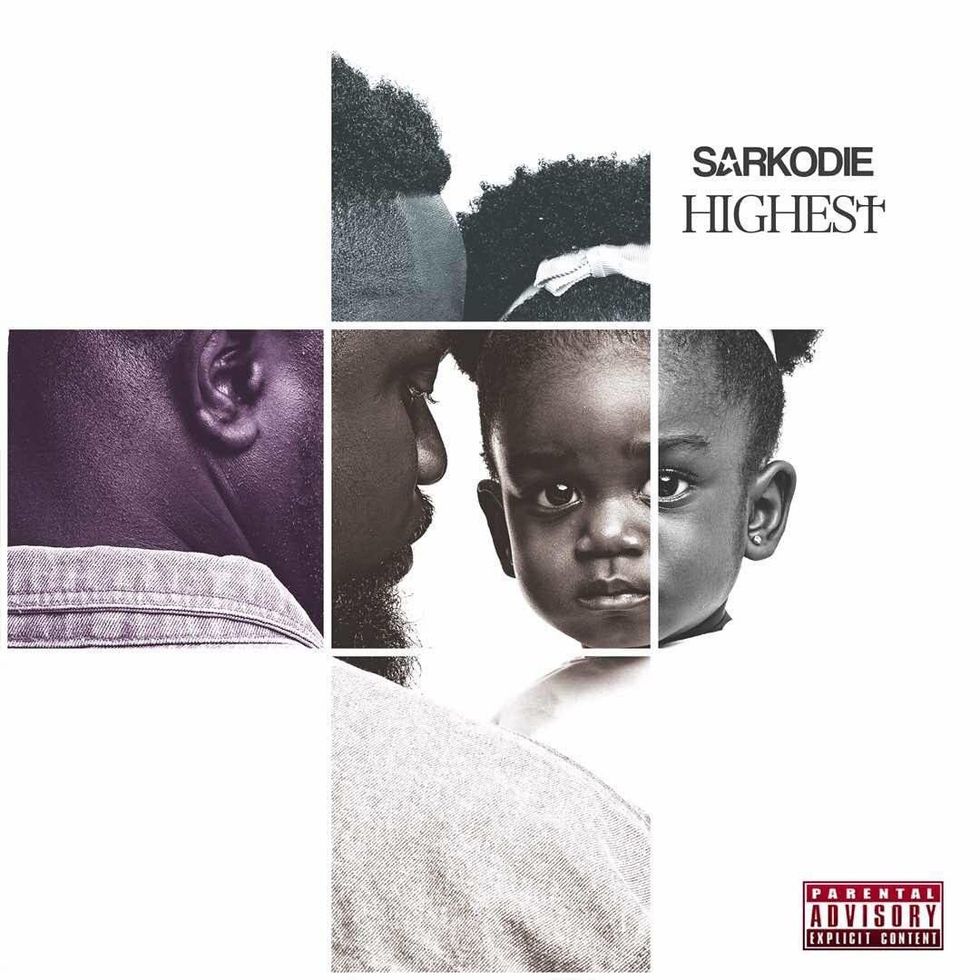 We talk to Ghanaian hip-hop star Sarkodie about his highly-anticipated fifth album, 'Highest.'

In our series, "The Artist is Present,” we get to know and revel in the minds behind Africa’s creative world in fashion, art, music, literature, politics and more. We dive below the surface with African artists to talk about their process and purpose.

In this edition, Sarkodie, one of Africa’s finest artists talks to us about his highly-anticipated fifth album, Highest.

“I rap a lot” said Sarkodie at the album listening session in London. What the winner of a BET Best International Act in 2012 didn’t say is that he also raps incredibly, if we take into account how consistently articulate and precise his verses are; and the near-flawless delivery of what could either be concise prose or voluble poetry, if one was not illiterate in Twi.

For this fifth album, his label Sarkcess Music has joined forces with the UK-based Dice Recordings. The guest features include Jesse Jagz, Moelogo, Flavour, Korede Bello, Victoria Kimani and label mate Big Narstie. His hit “Pain Killer” with Runtown, released back in February, is here as a bonus.

Highest is executive produced by Sarkodie and Jayso, who has also produced most of the album. Other contributors include Masterkraft, TSpize, Ced Solo, Nova and Guilty Beatz.

Why Highest? Tell us about your new album's title.

It's just my state of mind. It's literally how I feel. It's my current situation now, as I just had a daughter. As far as Ghana and my situation is concerned, it's my state of mind as of now. You need to get the album to know what I'm thinking.

At the listening session for Highest, “Your Waist” featuring Flavour got the most reaction from everyone in the room. Could it be a single?

Whatever you choose to live with [from the album]. I have people that wouldn't like the song with Flavour, they would rather want some real hip-hop thing. So when it comes out, whatever that you choose to rock to, it's up to whoever.

You're making 16 videos for the 16 songs on the album. Isn't this extravagant?

Mostly what we do, we put out the music and then we rush to shoot the video. That makes your be in a rush and your might lose the momentum of what the song can do. To be safe, I took two years to really prepare myself and get the visuals for it ready. So, as soon as the album is out, you're ready to put the music videos out.

"Your Waist" and “Come To Me,” featuring Bobii Lewis, are bang on trend with the pop sounds in Ghana, the U.K. and Nigeria. Do you intend for Highest to find new markets?

It's for different markets but I'm not pushing myself outside my comfort zone. It's just that I'm growing, the more I get used to a sound I'll try it, 'cause I can do it. It's not too far away from me. There's no record that isn't a Sarkodie record on here.

At the listening session you said that you “rap a lot”. Do you think you maybe rap too much in this age of anti-flow and emo-rap?

People love rap. It's just that it's hard to come across good rap these days. That's the only issue. If you really can rap, they'll listen to it. That's what I'm doing. I'm a rapper so I have to stand for it.

When we talk about African rappers, we most times exclude the Francophone and Portuguese markets. Is there a way to correct this?

We need to just change how we think. Just cause you understand a person, that's just a pass for the person to be number one and that's not cool. Take Khuli Chana from SA, that's one of my best MCs worldwide. I really don't understand what he's saying, it's just that he's so good. Your can't fight that, you know that this guy's good.

You use what i think of as 'hearing aids' in your bars in Twi that makes it easier for a non-speaker to quickly understand. How much of this is premeditated and how much is a natural approach to language?

My rap literally represents me and how I am. So even in Ghana, if I speak Twi you'll still find a little bit of English in there. I might not even know how to pronounce certain words in Twi. We did English in school. It's just that naturally, I'm not going to speak English 24/7. That's not gonna happen. I'm a Ghanaian guy. I want to speak my Ghanaian language. I combine them when I'm talking, so it's the same when it comes to rap. There's no difference.

I'm a Ghanaian guy. I want to speak my Ghanaian language.

Your deal with Dice is coming at a time when many artist are signing with major labels like Sony and Island Records. Why Dice and why now?

I think I'm way matured, so my state of mind is different from 5 or 6 years ago. I would have been more about the hype and not been realistic about who has your best interests at heart. With Dice I think it was the perfect situation because they genuinely love Sarkodie and they love the work. They want to do it. I want them to do it. That's the energy you need around.

Better than to get the hype and people bigging you up. People treating you like a visitor in the situation. People only talking to you because it's business as if to say “we don't really like the music. We just want to do it because you have the numbers.”

I know that my state of mind has played a role in my success. I've always been happy because my situation is: I have people that believe in me around me. Even without a dime that belief alone is priceless. And that's the same thing with Dice. They really really like that brand, so when I felt like that, I thought “this is the right thing to do and the right people to work with and they're well connected.” So you can have both things that you need in one. The love is there. The business side is also sorted.

You travel around the world for work, but can only write when in Ghana. Why so?

Music is about what you see and I'm a real artist. I'm doing music. I'm so into it. So I need to feel it. So, when I'm here [in London], with the things I see, it might change my message so… I don't understand it. I'm still trying to figure out how you guys live.

Unless I stay here for like a year or two, then maybe. To write something out of this is weird. But when I’m back home, just to see street people just walking and the stuff they talk about... it's like they have this raw thing. I'm inspired every second in Ghana. The fact that I know that I'm there, it's way easier to write.

Lastly, who are the MCs, currently active and from the continent, that you rate?