Sinkane Explores NYC Through Dance In His 'How We Be' Video 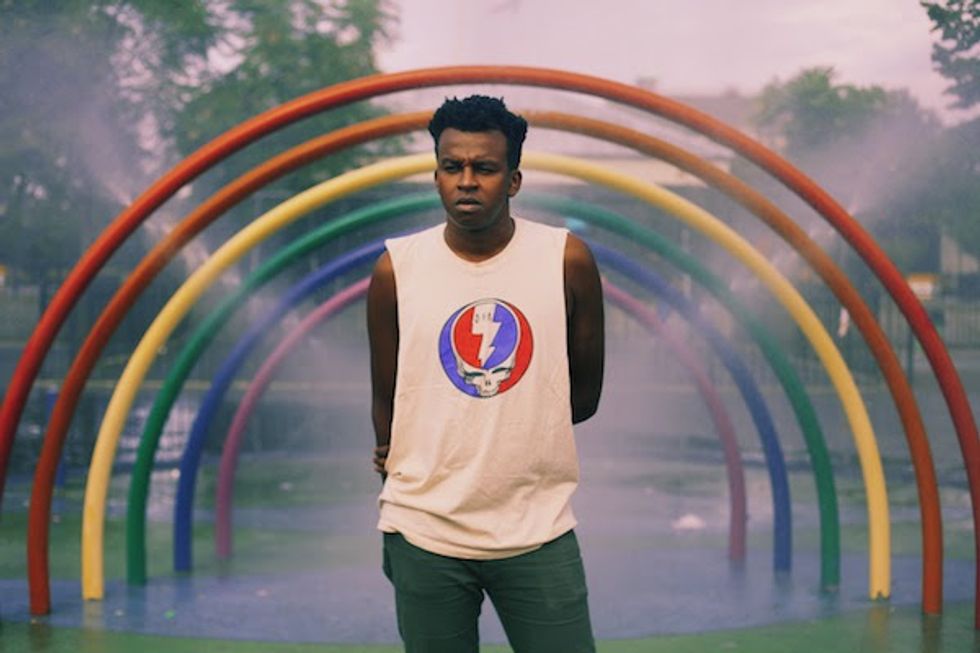 Sinkane explores New York City's neighborhoods through dance in his "How We Be" (off 'Mean Love') video featuring Beacon's Finest Step Team.

Sinkane's highly-anticipated new record Mean Love hit the stands last week. The 10-track LP is the Sudanese-born/Brooklyn-based multi-instrumentalist's first full-length release since 2012's Mars, a classic on the Okayafrica shelves that featured the singles "Jeeper Creeper," "Runnin" and "Warm Spell." "Mars expressed a lot of my African side," Sinkane told T Magazine. For his new record, he explained in the interview, he wanted to explore his American influences. The first official video to come from the album is a beautifully shot glimpse inside the concrete playground in which Sinkane crafted Mean Love. "How We Be," which premiered today on Buzzfeed, is a walk-on-clouds exploration of New York's neighborhoods through dance. Directed by Nick Bentgen, the video sets the day-dreamy, floating synth lullaby to a cross-borough medley of step, ballet, breakdancing and other dance styles (featuring the phenomenal Beacon's Finest Step Team). Bentgen explains:

“I love Sinkane’s music because it’s vividly original. 'How We Be' is especially that, and I wanted to express the joy of listening to that song for the first time. Ahmed and I talked about making a dance portrait that plays around with time -- moving backwards, forwards, at high speed, in slow motion. We wanted to fill the video with all kinds of movement.

We collaborated with Beacon's Finest Step Team, two Parkour fanatics, and a Jooker from Memphis who just moved to New York that same week. We filmed dancers from New York City Ballet, B-boys from Boston, and we even got Ahmed to perform in the video. Sinkane’s new album is so expressive and expansive, it’s near impossible for me to categorize or put into words why I like it. It’s just easier to dance to."

Watch the "How We Be" video below. Mean Love is out now on DFA / City Slang. For more from Sinkane and read "Sinkane On Being The Musical Director Of ‘ATOMIC BOMB! The Music of William Onyeabor"

and download his Africa In Your Earbuds mixtape. Listen to a dubbed out "How We Be" remix from Lexx here.