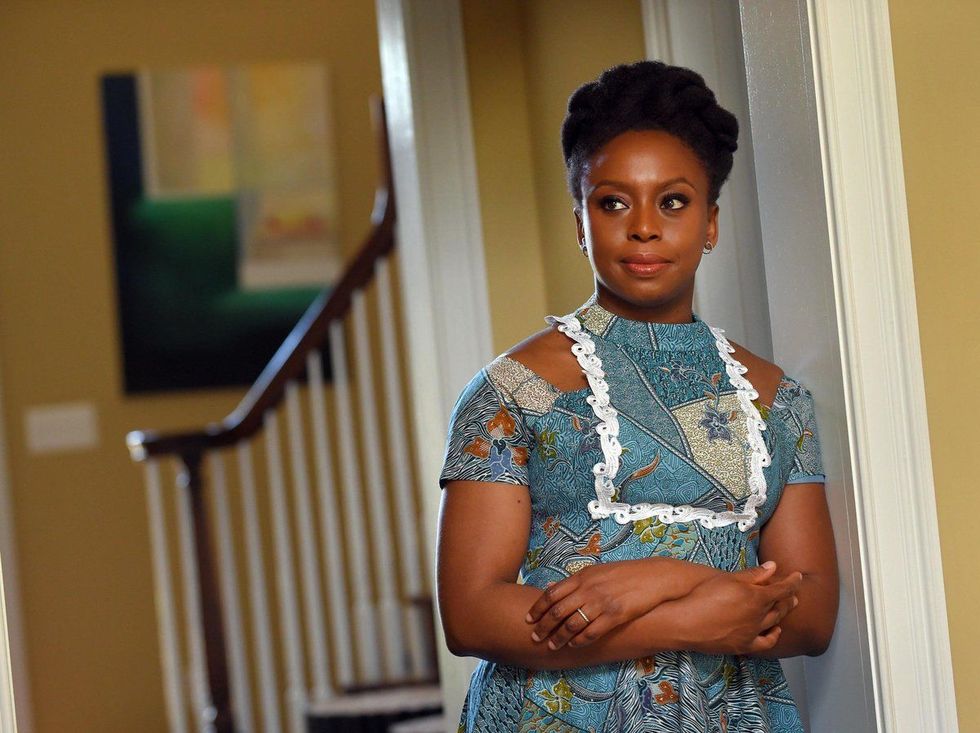 Get your daily fix of what's hot on the continent and the diaspora, May 8.

DIASPORA—Burna Boy kicked off an international tour for his upcoming album Outside, last Saturday (May 6) with a performance at New York City’s Playstation Theatre.

Check out a short clip from the event below, and read out recap of Burna Boy's first New York show, here.

NIGERIA— Nigerian actor and musician Banky W. is finally tying the knot. The artist and his finace Adesua Etomi, who recently appeared together in the Netflix film The Wedding Party, shared photos from their traditional introduction ceremony on Sunday along with open love letters to one another via Instagram. Check out our gallery of some of the photos here.

DIASPORA—The MTV Movie and TV Awards went down on Sunday (May 7) and many of our favorite African celebrities were in attendance. South African comedian Trevor Noah took home the award for Best Host and took the opportunity to get a dig in at Trump. British-Ugandan actor, Daniel Kaluuya, won the Next Generation award for his work in Get Out. Senegalese-American show runner Issa Rae and her Nigerian costar Yvonne Orjiwere also in attendance for the unprecedented award show, where for the first time, TV shows were considered and gender-specific categories where done away with.

Check out some photos below and read our full recap of African actors who owned the MTV Movie & TV Awards here.

The documentary unpacks Fashanu tumultuous career, and documents his ongoing battles with race and sexuality in his personal life and in the sports world. Read his story here, and watch the trailer for Forbidden Games below.

DIASPORA—Chimamanda Ngozi Adichie, took to Facebook late last night (May 7) to announce a new campaign to encourage fellow Nigerians to buy and wear Nigerian brands in order to support the country’s economy called “Wear Nigerian.” Read her full Facebook status, where she discusses the shortcomings of the Nigerian government in relations to economic growth and explains why she’s decided to embark on the project.

NIGERIA—Eighty-two Chibok girls were released on Saturday in a negotiation between the Nigerian government, the International Committee of the Red Cross (ICRC) and Boko Haram. This means that 113 of the 276 who were originally abducted are still unaccounted for. A list of the names of the girls who have been released was shared by the president’s office on Twitter on Sunday (May 7), reports BBC Africa. However, not all of the victim’s families have access to social media, and thus, some are still not sure as to whether or not their daughters are amongst the group who have been released.

"I have never been happy in my life like today. I am a mother. I accept any child that is back. My baby will be back soon, if she is among them or if she isn't, said Esther Yakubu, one of the mothers. Read the full story via BBC Africa.

NIGERIA— President Muhammadu Buhari is headed back to London for further medical treatment, reports BBC Africa. His ailing health has caused concern amongst Nigerians since the beginning of the year, when the 74-year-old president, took a seven week medical leave beginning in January. Buhari told citizens “that there is no cause for worry” in a statement on Monday. Once again, he’ll be away for an unspecified time and has left Vice President, Yemi Osinbanjo in charge in the meantime. Read the full story via BBC Africa.

Tonight I leave for London, to see my doctors. When I came back in March, I hinted that there might be a need to return soon,for a follow-up pic.twitter.com/mfmVYSLfO4