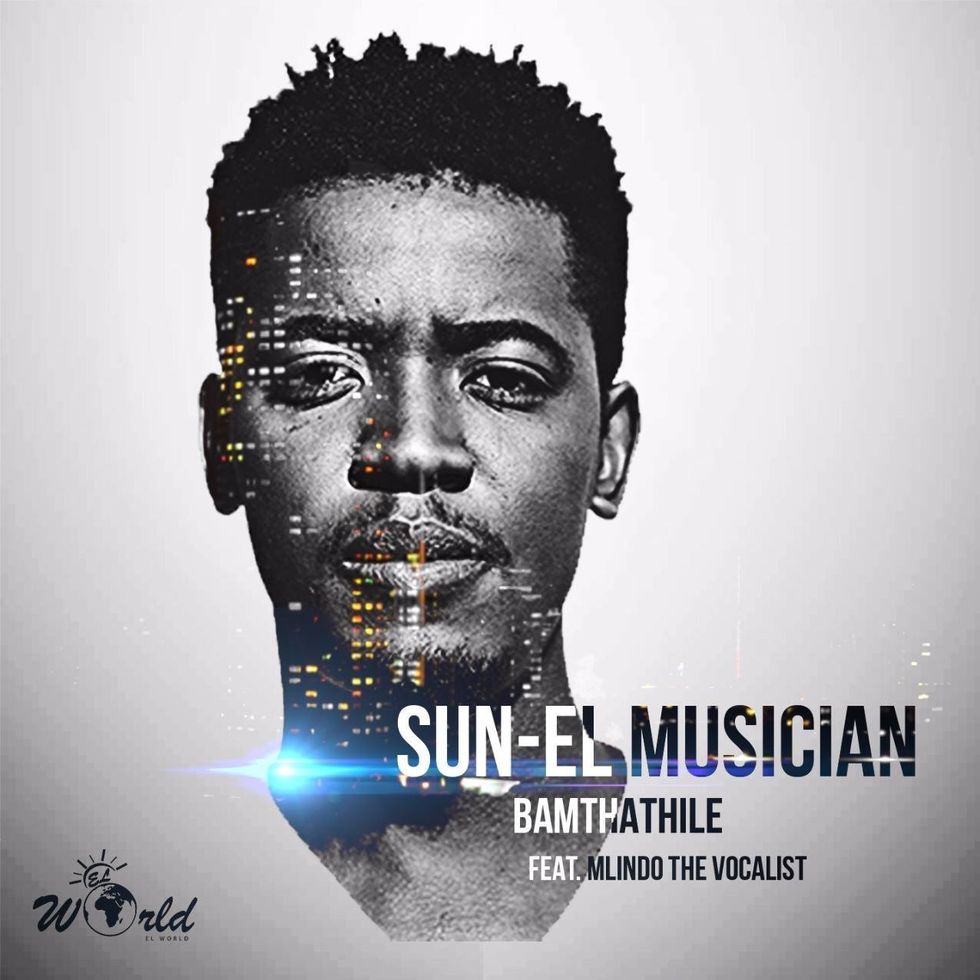 Last year, South African producer Sun-El Musician's hit single "Akanamali" featuring Samthing Soweto was one of the biggest hits of 2017. It was hard to miss; it was a permanent fixture on radio, TV, shebeens, clubs, phones and living rooms. Samthing Soweto's effortless vocals sat perfectly over a house we wouldn't have expected him to sing over.

Sun-El Musician just released a new single featuring the singer Mlindo. Titled "Bamthathile," the song sees Mlindo croon about a wife of his who left him.

Unlike "Akanamali" which leaned more towards house, "Bamthathile" is electro-based, with subtle synths accompanying the stacked vocals, which sound distant as if to emulate the elusiveness the woman in question.

The song is still catchy, even though it's of a slower tempo, and is highly likely to be as big as its predecessor.