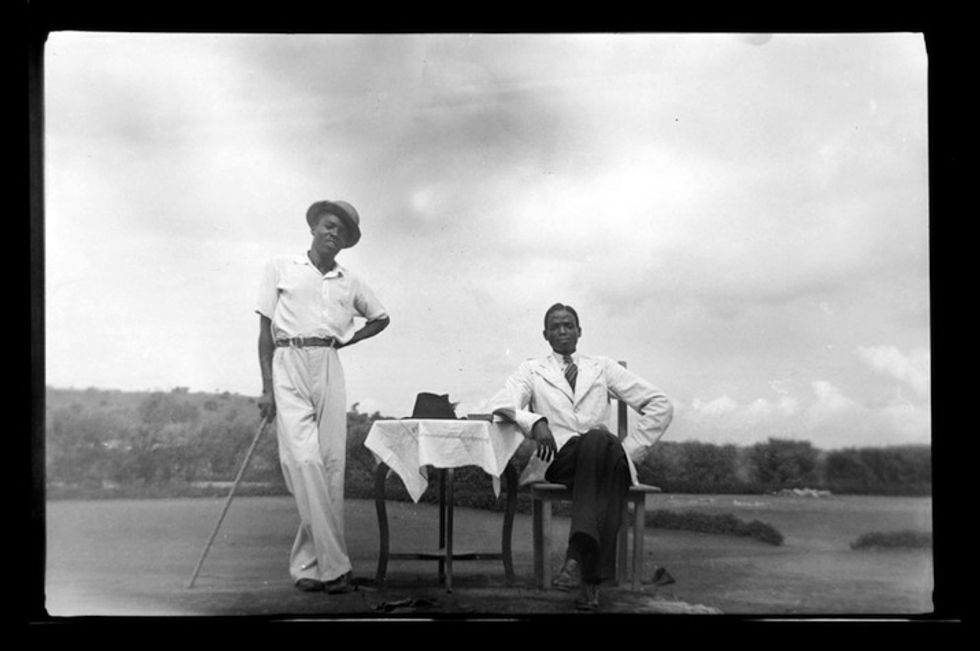 Back in February 2013 Okayafrica caught up with photography archive HIPUganda (History In Progress Uganda) co-creator Andrea Stultiens to talk about her project's well-curated time travel into Ugandan history. "The focus of HIP was, and still is to make photographic records from (and about) Uganda available to a wide audience online and in other media," Stultiens told us. "The idea is that sharing information is crucial to nuance the, still limited and often one-sided, available version of Uganda’s recent history." In support of this mission, on November 21st HIPUganda will release People Poses Places, the second book in their Ebifananyi series.

This time Stultiens and her colleague Rumazi Canon dig into the photographic archives of Musa Katuramu (1913-1986), a carpenter and teacher from Toro (Western Uganda), who began documenting his community in the 1930s. Working with only a basic camera and studios that he constructed on site, Katuramu would go around his neighborhood shooting portraits of his friends and family– a rare insider's look into western Uganda when considering most camera owners at the time were outsiders (missionaries and colonists).

Katuramu’s son, Jerry Bagonza, preserved his father’s photos, and there remains an archive of 1500 negatives and 750 prints that have never been shown before. Boganza has now partnered with HIPUganda to bring his father’s work to the public through the new book, which pairs Katuramu's vintage portraits with contemporary photography by Stultiens and Canon (Canon comes from the same region in Uganda as Katuramu).

People Poses Places is available in print here, and will launch as an E-Book on November 21. A large portion of Katuramu’s archive will be on display November 8th through January 11th, 2015, at the Noorderlicht Gallery in Groningen, Netherlands. Follow HIPUganda on facebook and twitter for more information.