Watch Wizkid's 'In My Bed' Video Shot In Miami 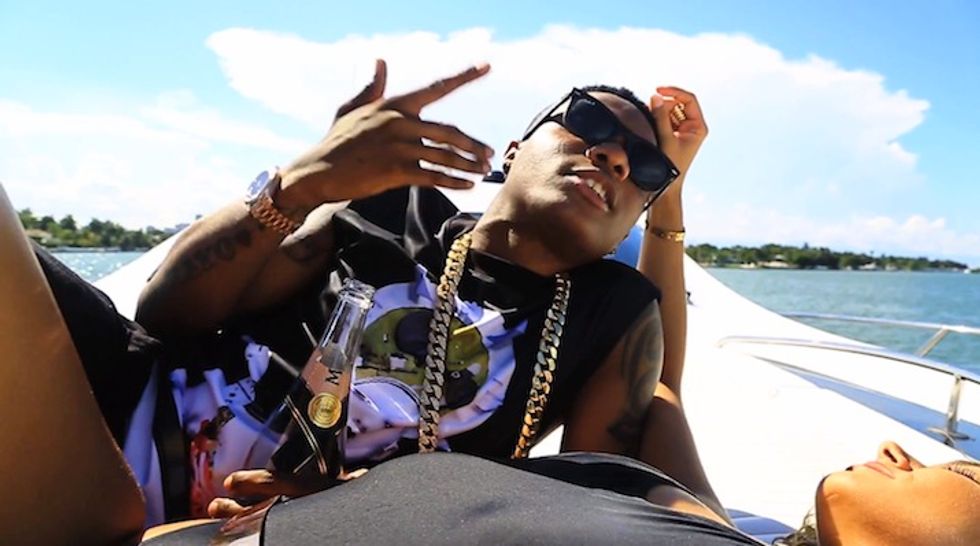 Watch Wizkid's Miami-shot video for "In My Bed" off his sophomore album 'AYO.'

Last week Wizkidsurprised us with the premature, though long overdue, release of his sophomore album AYO. Throughout the past year or so Wizzy had slowly and sneakily trickled out a good chunk off the seventeen-track LP, including the Femi Kuti-featuring "Jaiye Jaiye" (one of our favorites of 2013), "Show You The Money," "On Top Your Matter," "Bombay," "Joy," and "Caro" with his fellow Starboy L.A.X. The album release also came with a few discoveries, like a collaboration with Konvict Muzik boss Akon on "For You" and Tyga showing up on a remix for "Show You The Money." With AYO continuing to dominate the iTunes charts (it's standing firm as the #1 "World" record at the moment– P-Square are #4 with Double Trouble), Wizzy's let loose the lavish visuals for his slightly auto-tuned "In My Bed," an early scorcher off the album and the first single since its drop. Directed by Soto Jose, the lo-quality, home video footage style video follows the Nigerian pop prince basking around Miami's Intracoastal, where he spent his 24th birthday on a yacht back in July. Watch Wizkid's "In My Bed" video below.