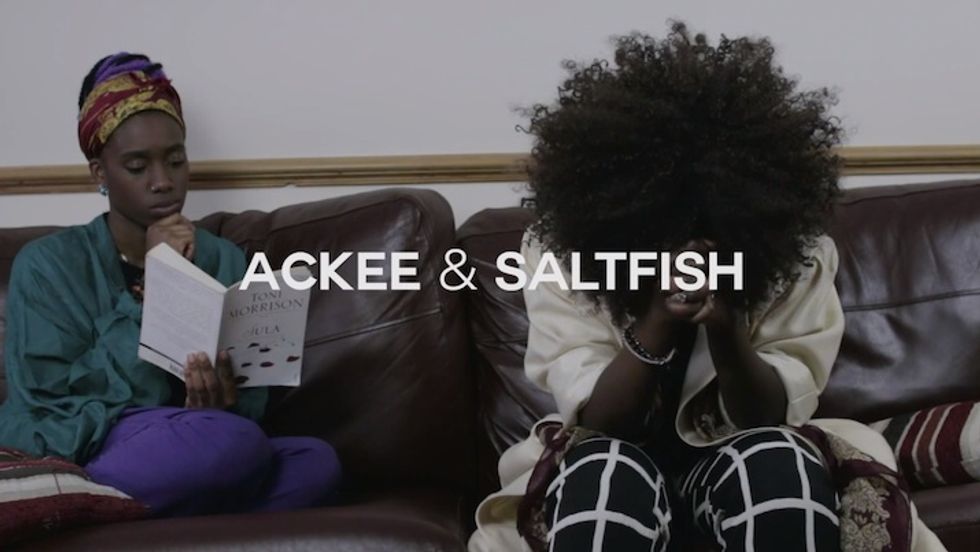 Cecile Emeke's Ackee & Saltfish has fast shaped into one of the breakout web series hits of 2015. In February the UK filmmaker and storyteller debuted her dialogue-driven project as a short film starring British actresses Vanessa Babirye and Michelle Tiwo as best friends Rachel and Olivia.  in London. The two reprised their roles in a web series version which premiered shortly after. "Emeke’s portrayal of two young Black women is unlike anything else on TV or the web right now," Okayafrica contributor Adwoa Afful wrote in her review on the film and series. "Yet something about it feels familiar. There’s no contrived romantic subplot, no barriers the characters need to overcome, no existential crises they need to work through. Rather, Emeke has the confidence and skill to let her characters do what two young Black women are so rarely allowed to do on screen – just hang out."

Since the series debuted, we've been keeping up with Rachel and Olivia's antics through Emeke's two-to-six-minute installments. Last week we saw the girls seek shelter inside an empty carpet shop, and before that we watched them banter over Lauryn Hill concert tickets and the desirability of "back bread." In the fourth episode Rachel asks Olivia for an unusual favor (or what she calls "a standard friendship procedure") ahead of a job interview. Olivia objects, and the friends bicker over the acceptability of the request. Catch up on episode one, "The Lauryn Hill Tickets," episode two, "Breakfast," and episode three, "The Carpet Shop." Watch the latest installment of Ackee & Saltfish, "The Job Interview," below.