AFRICA IN YOUR EARBUDS #41: JON THEODORE 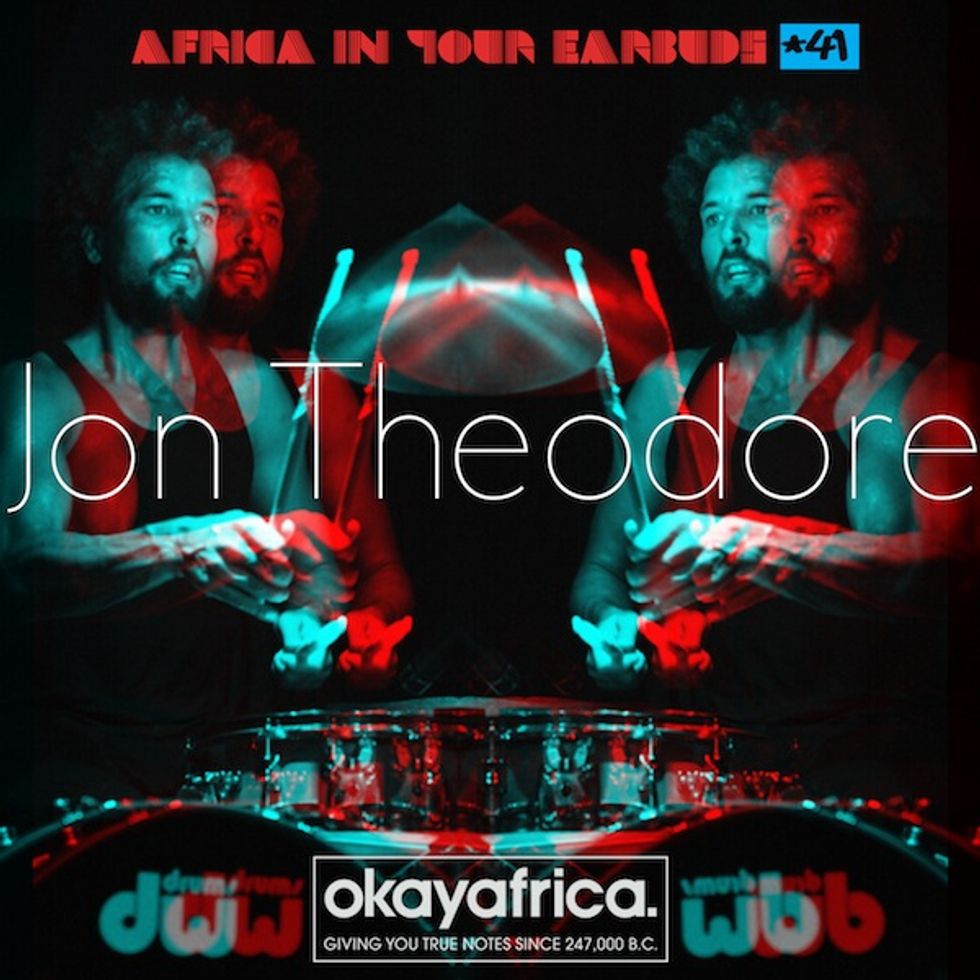 Download an gem African music mixtape from Jon Theodore, former drummer of The Mars Volta/Queens of the Stone Age and others.

Jon Theodore is an all-around drumming virtuoso whom most might know from his days in The Mars Volta — during which he played an integral part in creating what's widely-held to be their best LPs De-Loused in the Comatorium and Frances the Mute. Since (and before) then Theodore's held down the rhythm section for such notable acts as Queens of the Stone Age, One Day as a Lion with Zack De La Rocha, Trans Am, HiM, and many others.

For this installment of Africa In Your Earbuds Jon Theodore rounds up a batch of dynamic vintage gems from the corners of Guinée, Congo and Kenya by the likes Kalum Star, Super Boiro Band, Collela Mazee & Victoria B Kings and more. Theodore sent us this striking description of the allure that African music had on him:

Fela Kuti [of course, the first time I heard "Zombie" it blew my mind but I don't need to get into that because EVERYONE any of us knows has the same story (Tony Allen?!)], but also some great old Ghanaian highlife, the amazing discotheque compilations from Guinée, gems from Syliphone, Syllart, and the Sterns catalog, the Malian National and Regional Orchestras of the 60s and 70s, and the unbelievably stacked Rail Band, to name only a few — these records exposed me to a beautiful new language of music that was way off the grid and wholly free of the trappings of the contemporary standards.

The rhythms, grooves, melodies, and harmonies were remarkable, the sounds were raw and powerful, and it was fast, loose, and beautifully played. The recordings were uncluttered by over processing and allowed the vibe and soul of the players and their environments to shine through most prominently. The voice, mostly in unfamiliar tongues to me, became a lead instrument like a horn or guitar, carrying the wordless music right past my brain and straight into my heart and soul. This music was as fresh as anything I'd ever heard before and it continues to be a never ending source of inspiration. Every song in this mix changed my life.

For more from Jon Theodore keep an eye out for his upcoming release with Phil Manley's Life Coach. Stream and download AIYE #41: Jon Theodore below! Big thanks to Underdog for the cover artwork.