The 5 Songs That Shaped Angélique Kidjo 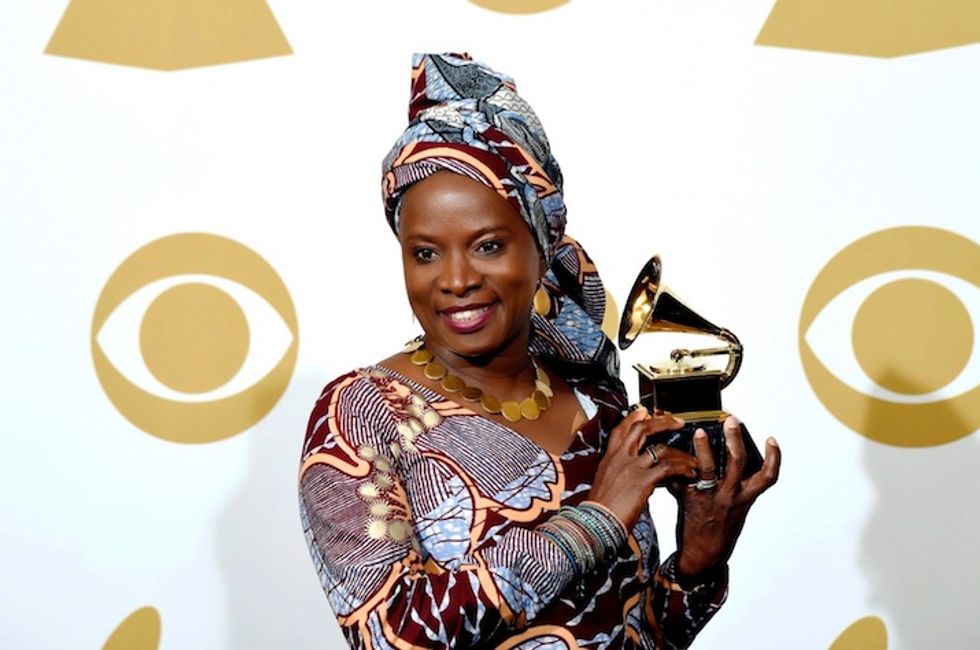 Last weekend Beninese icon Angélique Kidjo won her second career Grammy for Best World Music Album for her eleventh LP. Named after Kidjo's own mother, Eve is an ambitious 13-track (plus three interludes) celebration of female empowerment packed with collaborations from the likes of ASA, Vampire Weekend's Rostam Batmanglij, Dr. John, Kronos Quartet, and choirs from villages in Benin and Kenya. “This album is dedicated to the women of Africa, to their beauty and resilience," Kidjo said in her acceptance speech. "Women of Africa, you rock!" In the sprit of reflecting on a life and career as extraordinary as Kidjo's, Okayafrica asked the Beninese diva to share the five songs that have most shaped her.