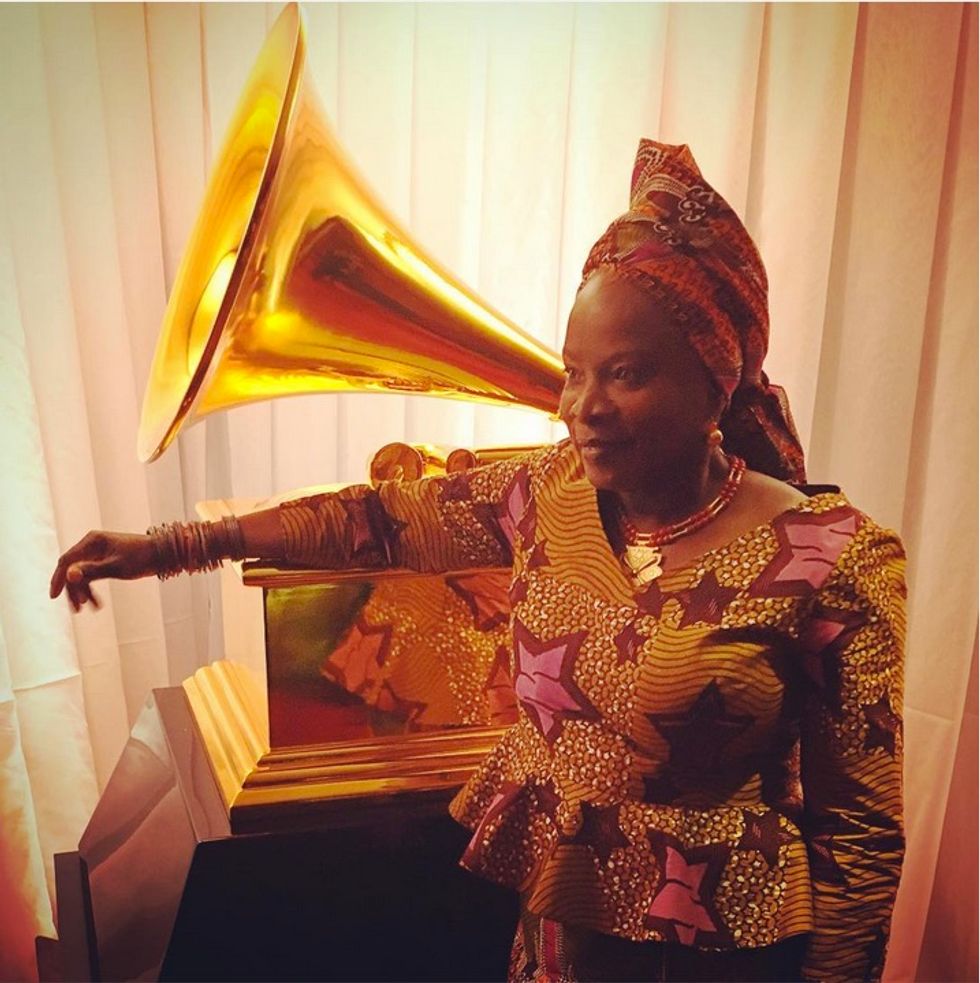 The 2016 Grammy Award for "Best World Music Album" has gone to Angélique Kidjo for 'Sings.'

The win today is the third career Grammy for the Beninese icon. Kidjo took home the same award last year for her album Eve, and prior to that in 2008 for Djin Djin.

Kidjo's acceptance speech was nothing short of memorable. The artist behind Sings began  by singing her "thank you" song. "I want to dedicate this Grammy to all the traditional musicians in Africa, in my country, and all the young generation, the new African music, vibrant, joyful music that comes from my continent that you have to get yourself to discover," she went on to say. "Africa is on the rise. Africa is positive. Africa is joyful. Let's get together and be one through music and say no to hate and violence through music. Thank you"

She shared the same sentiment in an Instagram post in which the singer, activist and UN Goodwill Ambassador dedicated the award to her fellow African artists and musicians.

Thanks to my fans! I m dedicating my #Grammy to my fellow African artists and musicians! I love… https://t.co/sBotp3fJ3t

She just sang her acceptance speech.

So the album title wasn't just a clever name pic.twitter.com/fwqPS9EMHC

My Aunty Angelique Kidjo won a Grammy again, I love this woman!!

Angelique Kidjo dancing onto the stage to accept her Grammy is everything. Let's be friends! #GRAMMYs#GRAMMYLive — Sonya (@sonya415) February 15, 2016