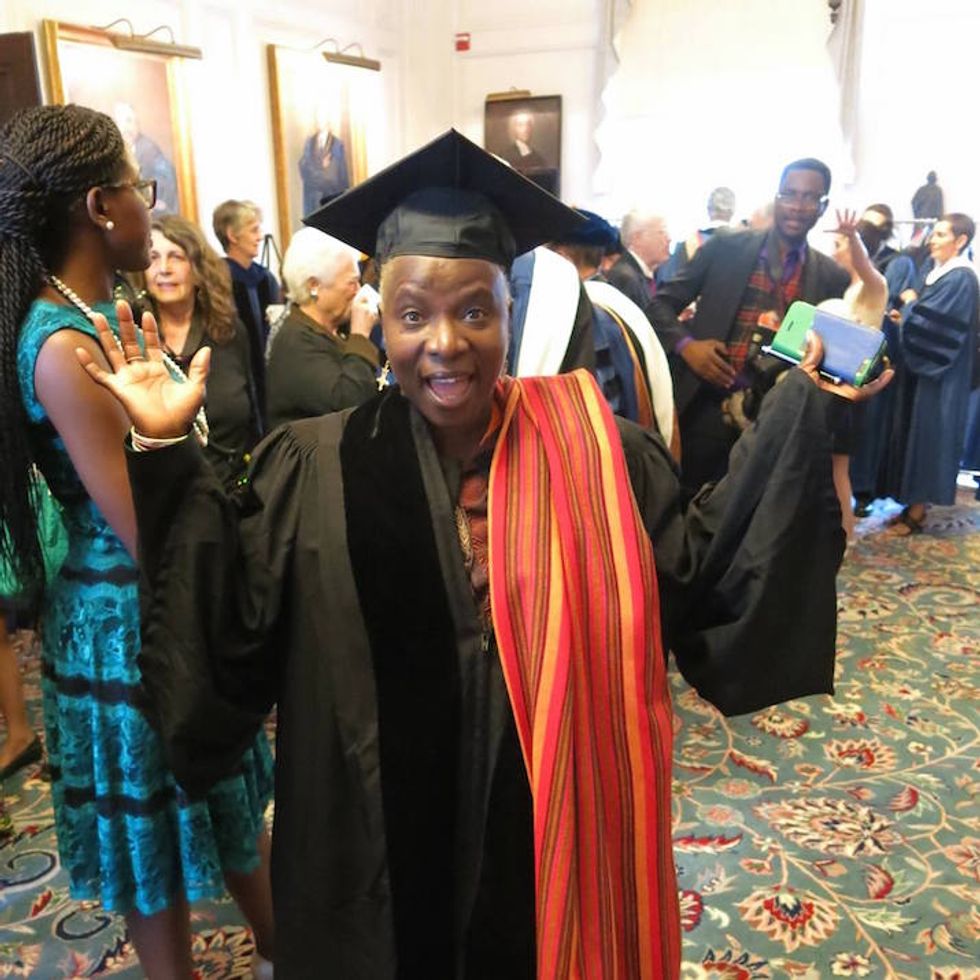 Beninese singer, artist and activist Angélique Kidjo has been awarded an honorary doctor of music degree from Yale University. Kidjo, a longtime UNICEF Goodwill Ambassador and founder of the Batonga Foundation, an organization designed to empower young women and girls in Africa through higher education, received the honor at the university's Commencement yesterday.

Yale University's website writes about the Beninese icon, "Through songs and singing, with artistry and advocacy, you have become known as one of the world’s great voices for Africa. In your music, you embrace a dazzling spectrum of genres, from traditional West African rhythms to jazz, funk, rumba, and salsa. You sing from the soul and invoke the conscience. You are a cultural and humanitarian leader. With passion, warmth, and generosity, you work tirelessly for the empowerment and education of African women and girls, and serve as a UNICEF Goodwill Ambassador. You are a friend of Yale, and we are delighted to grant you this degree of Doctor of Music."