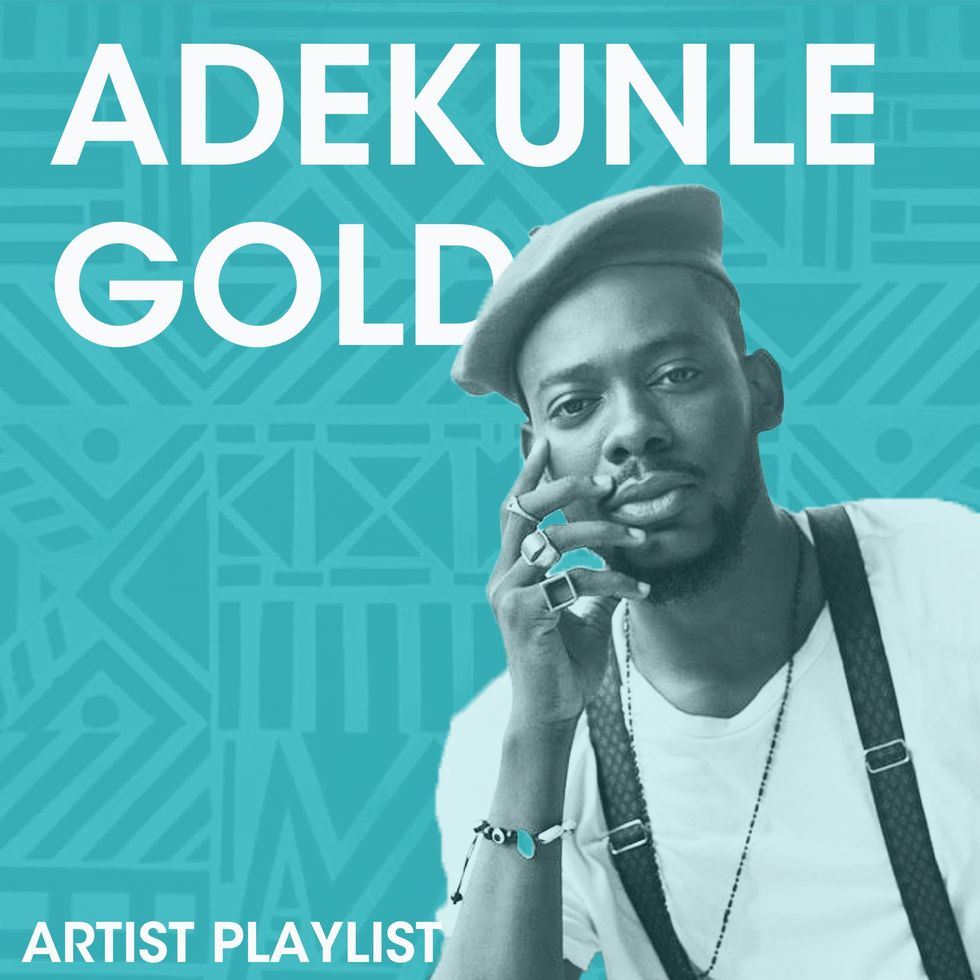 Adekunle Gold is on a mission.

The hitmaking Nigerian singer's latest single, "Only Girl" featuring Moelogo, has been buzzing and riding high on both sides of the Atlantic getting major plays in the UK, America, and, of course, West Africa.

We caught up with the songwriter during his recent visit to New York City and had to know what songs have been on his playlist lately.

Check out our Artist Playlist: Adekunle Gold below and on Spotify and Apple Music.

Adekunle Gold: I love this song for the heavy lyrics that are soul penetrating. Writers like this come around once in a lifetime. My favorite lyric is: "I borrowed a love that never came."

Alexi Murdoch "All My Days"

AG: It's the best song from the soundtrack of one of my favorite movies (Real Steel). I love the guitars in this and the folky sound.

AG: This is a sad and depressing video. It's not every time you want to make yourself sad. But sadness can remind you to appreciate the happy times.

AG: I don't understand anything she's saying which makes me deeply concentrate on the musicality. It is just beautiful and makes me proud to be African.

AG: Another African number in which I don't know what they're saying, however the sound is very familiar. It's that traditional West African sound with a little bit of a modern twist.

AG: I listen to this imagining myself performing alongside her. I probably wouldn't sing much because I am in awe of her. I do understand the meaning of the song. It's very nostalgic and iconic; it reminds me of home. Asa is a legend.

AG: This is such a sweet melodic song with contradicting lyrics. It's a classic oxymoron of a song that describes love in it's sometimes confusing way. I'm also not so secretly obsessed with English folk.

AG:A lot of people don't know this but this song inspired my first original single "Orente." "You can have a million euros but you can't buy this." If you know the lyrics of my song "Orente," then you know exactly which lyric was inspired by this song.

AG: Another effortlessly soul-piercing singer who makes abstract things come to life in his lyrics. Labrinth is one of my favorite artists.

This may seem narcissistic but if I could add one more song to my Gold album, this would have been it. Mo is like my spirit animal. My musical twin. This song, "Ireti," is a beautiful representation and symbol of hope.

Florence + The Machine "Dog Days Are Over"

AG: This song makes me feel triumphant. That all my struggles are over. It's a call to rejoicing that you can't help but move your body and gospel clap to.

The Fray "You Found Me"

AG: This song is man's brazen attempt to question an absent "GOD." I love that music allows you the fullest expression of yourself. I also love the soft rock sound of the fray.

Paramore "The Only Exception"

Adekunle Gold "Call On Me"

I love this song because it's another expression of my sound. It's summery, it's fresh, it's danceable and joyous. Sometimes you don't want to think, you just want to move.