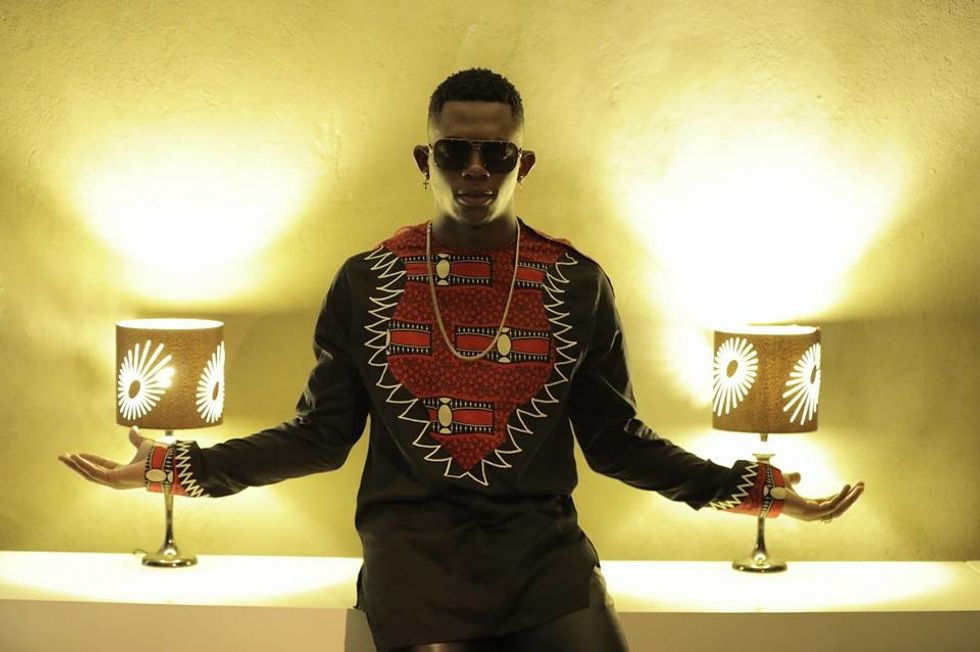 Here are 11 musicians making huge waves across Cameroon and beyond.

The previous generation of Cameroonian musicians made it so makossa and bikutsi were heard and appreciated on a global scale.

Today, there's a new wave of urban artists taking the country, and beyond, by storm with their unique sounds, through help of the exposure they've gained via social media.

These artists speak in French, English and a variety of local languages and their styles are as varied as the 250 ethnicities in the central African country of Cameroon. They push through boundaries placed upon them by the government and the fervor their countrymen and women have for foreign music rather than that of their own.

We've featured acts like Jovi, Stanley Enow and Reniss a number of times. Take a look at this list of 11 Cameroonian shakers and movers for much more.

At just 19, Mengoumou Ayia Thierry,"Tenor" is a rap star, who gained notoriety for his unapologetically unique themes, versatility and tone of voice. In 2014, he turned his passion into a career and has been steadily advancing since. The 2016 release of "Do Le Dab" had kids dancing everywhere. In November of 2017, he became the first Central African Artist to sign with Universal Music Africa. Many are curious to hear what will come of this two album deal.

Fonyuy Leonard Nsohburinka or Mr. Leo has come a long way from the military camp in which he was raised in Buea, the South-Western part of Cameroon. Like many other artists on this list, he began singing in a choir. Though often discouraged by the opportunities not afforded to him, Mr. Leo would gain self-confidence and affirmation in the strength of his voice with the help of a friend, who also made this list, Salatiel. From 2010 onward, the two would become music partners and Salatiel would produce many a track for Leonard, under the Alpha Better Records label. In early 2014, they released "E Go Better," the song was a hit with both English and French Cameroonians and sealed his fate.

Presently, his 2017 album, Love Original, is enchanting audiences with it's soulfulness and powerful messages. He's been nominated for an AFRIMMA, signed an endorsement deal with Itel Mobile as brand ambassador and collaborated with artists Hiro, Locko, Magasco and more. He can do no wrong with hits like, "Pray," "Jamais Jamais," "Partout," and "Supporter."

Minkada Franck Stéphane aka MINK'S got his start writing raps during school. He and the neighborhood boys were heavily influenced by the likes of Kanye West and Jay Z. He would enter a hip-hop talent search and be signed to Ach4life, shortly after. The singles "Panthere2.0" and "Le gars La est laid" were the viral hits that led to his 2016 album Tranchees2Vie. MINK'S engages his fans with a style comprised of humorously describing the world around him. It resonates with both young and older crowds.

Bailly Larinette Tatah or Blanche Bailly is a songstress with curves for days. She hails from the Baganté tribe and studied in Kumba before leaving for France. In 2015, she left a job in London to pursue her passion for music full time. She burst on the scene with her tracks "Killa," a cover of Locko's "Sawa Romance" and "Kam We Stay." She cites Grace Decca, Longue Longue, Beyonce, and K. Michelle as influences.

Charles Arthur "Locko" is an R&B phenom who got his start singing in choir. His covers on Youtube from 2014 led to a deal with BIG Dreams Entertainment in 2015 as well as a Best Newcomer AFRIMMA Award in 2017. The aforementioned comes as no surprise, the love ballads on his album, Skyzo, are to die for, from "Margo" to "Ndutu" to "Sawa Romance." He's set to release his folllowing album, Bridge, on February 9, just in time for Valentine's Day and if the songs "Je Serai La" and "Supporter" are the indications of what we can expect, he's on his way to many more accolades.

Tohnain Anthony Nguo, "Bamenda Boy" or Magasco is a Kom tribesman who also got his start singing in church at the age of 6. Today, at 29, he's been nominated as Cameroon's Best Urban Artist and has released the popular tracks "Marry Me" and "Wule Bang Bang". At the end of 2017, he dropped his debut album, Golden Boy, under Empire Company.

Daphne Njie Gundem is a Buea-born songstress raised in Douala serenading audiences with her urban pop tracks. Daphne is choir-trained but her sound is a mix of pop, afrobeats, reggae, makossa, bikutsi, and hip-hop. In 2015, her debut album Here To Stay solidified her standing as one of the country's favorites. Last year, she released "Calee" which currently has more than 14 million views and "Jusqu'a la gare."

"Salatiel" Livenja Bessong is a household name with a passion for songwriting and production unmatched by many other artists. His love of music was bred in the church where his father was a pastor. His sounds can't be boxed-in and sound like a mix of gospel, traditional, pop, makossa, bikutsi, hip-hop, ndombolo, jazz, and world music. He's performed alongside artists Meiway, La Fouine, Flavour, Don Jazzy, Tiwa Savage, Yemi Alade, Magasco, Skales and others.

He founded Alpha Better Records and has himself, Mr Leo, Askia, and Blaise B under the label. His upcoming album, I Am Salatiel, is said to feature Sarkodie, Skales, DJ Neptunez and many more.

Despite rapping for well over a decade and releasing an album, Kinguè Franck Junior aka Franko's addictive track "Coller La Petite" from 2015 was the global hit that set him apart. Play it in a room full of Cameroonians and observe the frenzy that ensues. The song being censored in his country and the Democratic Republic of Congo, as well as Niger denying Franko entry into their country, helped catapult the artist and song to major heights. He has topped French charts and toured all over. Fans are curious to see what other gold he has up his sleeve.

Yaounde born and bred Kenfack Jean Jules or Maahlox Le Vibeur is another artist who is consistently censored. His lyrics are full of local colloquialisms that make it impossible for Cameroonians not to listen up when he's speaking. He goes from singing to rapping and fills his music with content that is jarring yet real. Maahlox has released explicit hit songs like "Tuer pour Tuer," "Tu montes Tu Descends," and "tu est dedans," and placed them all on his 2017 album Ca sort comme ca sort.

Though controversial, his Youtube videos are watched by an average of 800,000 fans. Maahlox stands firmly behind his words and gives fans a glimpse into a realm of existence that isn't necessarily the most aesthetically pleasing. He's violent, vulgar, outrageous, provocative, and authentic.

Tongwa Njopmu is Boy Tag, the rapper recently signed to Stevens Music Entertainment. He's albino and flows in French, pidgin, and a variety of tribal languages. He tells vivid stories with his raps and his productions are as reminiscent of the past as they are based in the present. He's being called the next best thing to come out of Cameroon's hip-hop scene. Despite only having "Mignoncite," "Njoka," "Sauvagerie," and the most recent track "Talla" out, fans are eagerly waiting to hear more.