AFRICA IN YOUR EARBUDS #57: CAPTAIN PLANET 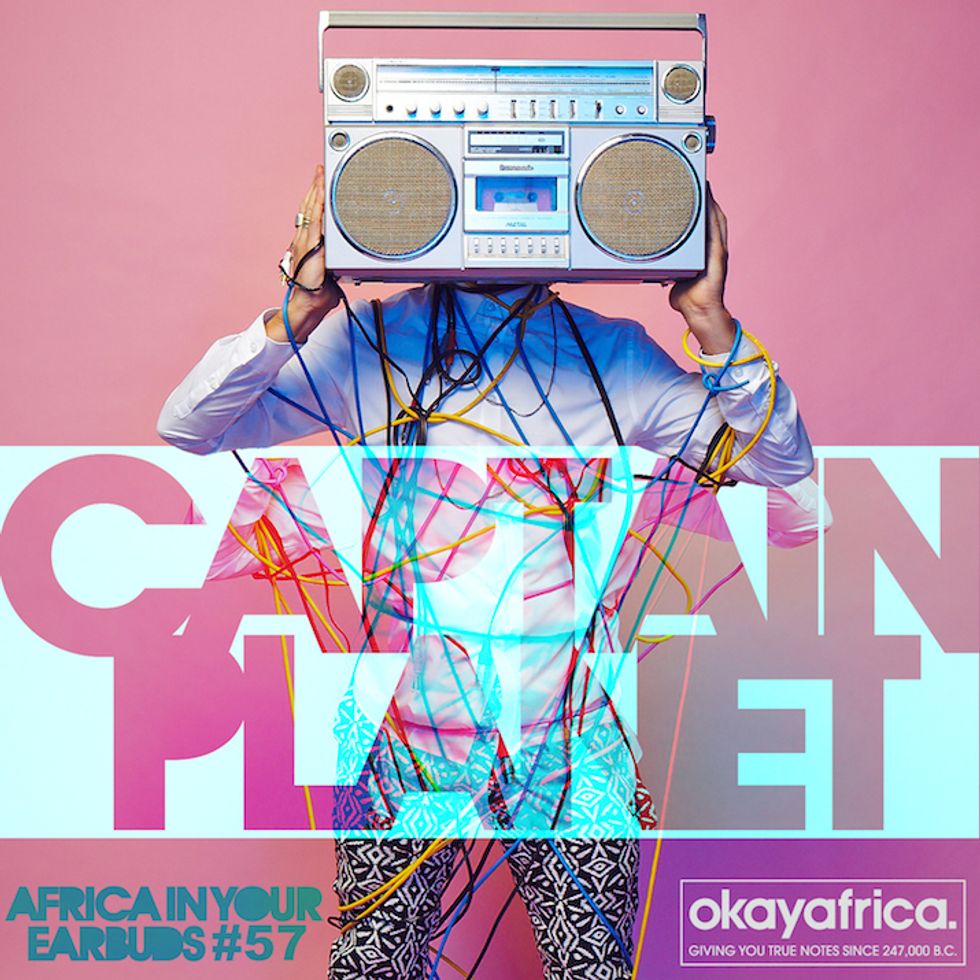 Captain Planet, the masked moniker of BK/LA beatmaker Charlie B. Wilder, steadily flips & injects rare vinyl samples from across the globe into his signature 'gumbo funk' productions. Wilder's beats are typically culled from an arsenal of records & styles — NY hip-hop, NOLA funk, Zimbabwean chimurenga, Nigerian afrobeat, Brazilian samba — as brightly showcased in his latest Esperanto Slang LP (Bastard Jazz). For this installment of Africa In Your Earbuds, Captain Planet provides an infectious hour-long mix featuring varied selections from Sarkodie, Fela, E.L., William Onyeabor, Thomas Mapfumo, as well as some of his own original tracks and remixes. As he puts it, this is his "own personal 'Declaration Of Funkiness' for the United States of Africa." Here's what the producer had to say about his AIYE mix:

I really can't explain my tremendous love of African music, except that maybe I was born with an mbira where my heart should be (or that my mom played The Cockerel Boys LP almost as much as Thriller while I was growing up). It defies logical explanation, but that's how any healthy romance is. A friend gave me a cassette tape of Thomas Mapfumo before my first x-country roadtrip at age 16. The only other tapes I remember having in the mini-van on that mind expanding voyage were ATLiens and The Beatnuts, so the Mapfumo was in heavy rotation and a full-fledged fire was ignited.

Just three years later I found myself wandering through West Africa with my brother, each of us carrying nothing but a Jansport, which we filled with cassette tapes and vinyl from artists who were then unknown to me (Salif Keita, Awadi, Tiken Jah Fakoli, Ernesto Djedje, William Onyeabor...). Every time the backpacks reached capacity we would ship a box home. I was actually considering just digitizing an old cassette mix I made back then and turning that in [for this] AIYE. Instead I put together my own personal "Declaration Of Funkiness" for the United States of Africa- some old classics that first drew my attention to the continent, a few rarities from my vast vinyl collection (which is largely made up of African LPs), and a handful of my favorite recent releases that fuel my current DJ sets. I also sprinkled in some of my own productions...

Stream and download AIYE #57: Captain Planet below and check out the full mixtape’s tracklist, plus our previous Africa In Your Earbuds releases, listed underneath. If you're in NYC, make sure to catch Captain Planet at our Electrafrique party this Friday!