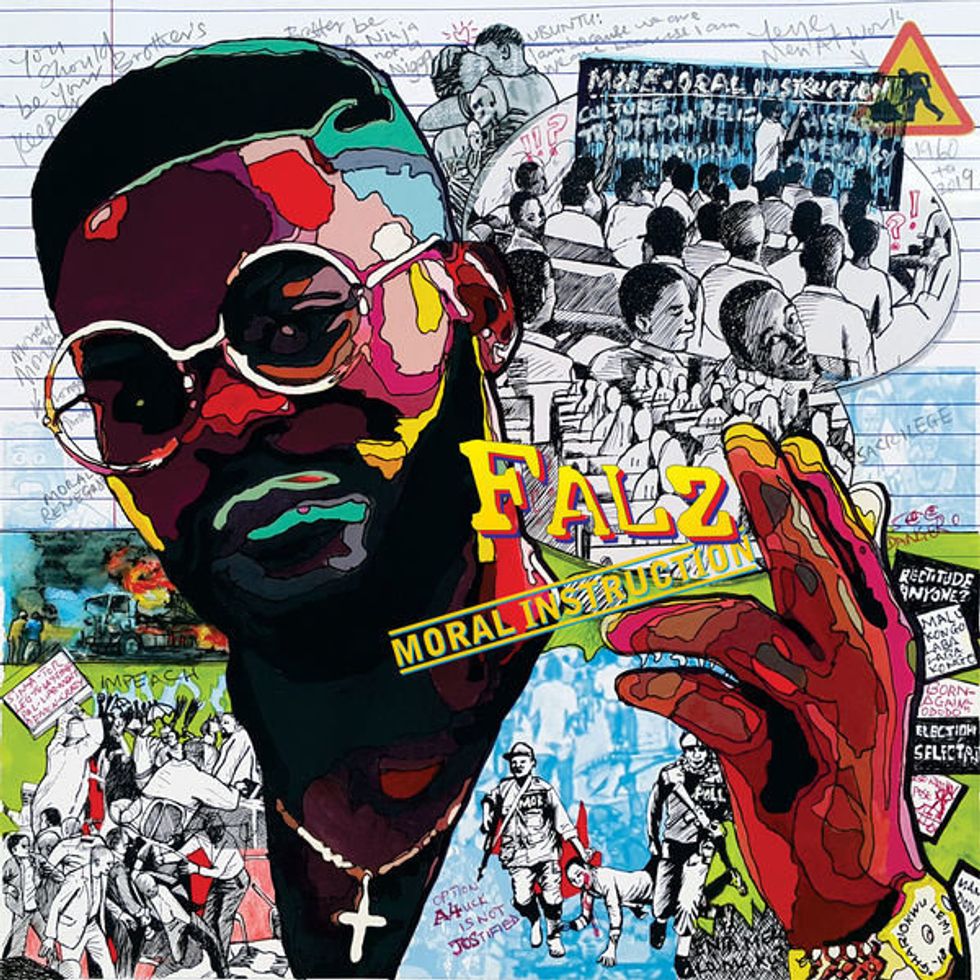 Falz has taken both popular and unpopular stands against the gamut of Nigeria's societal ills.

It's his most musically-mature record on account of the evenness of production, dextrous, fluff-free raps, bountiful humor and an emboldened crusading spirit. Below, we examine all of Falz' album releases for the seven songs that best present the rapper as the bastion of moral rectitude in Nigeria.

"Wehdone Sir" is the most sweeping of Falz' moral reproaches for its sustained attack on lying and insincerity. The song's wide range of targets includes bottle poppers who can't pay rent, pretenders to high social classes, pop stars who manipulate their ages, poor faithfuls with wealthy pastors ("so you're out there looking for more chiz (money), but apostle is getting on Forbes List"). The humorous approach removes the heavy hand of judgement. This is made even more effective by the fad, both gesture and dance, of mock salute to any such liar; a simple and clever combination of populism and moral finger-pointing.

"Child Of The World"

A coming of age tale which charts the story of a law student with promise and innocence about the world who is abused by her uncle, neglected and falls into prostitution later contracting HIV. Falz' empathy and warmth makes for good storytelling and a cautionary tale that is affecting enough to seem new or urgent, even when it is an overused trope in rap, especially by male rappers.

"This no be club song, I no come to shout / na real strong matter I wan talk about" announces Falz on "E No Finish," one of his most direct and stringent songs, from his most direct and stringent album yet. Here, the trained lawyer is humorless and his words unvarnished, his delivery is assertive and even forceful: "corruption and indiscipline, with no regard for the life of a citizen / so sickening, I hope you greedy muthafuckas are listening." The song is righteous and full frontal, and would remain so without importing from Fela's musical and moral universe. Typically, homages to the originator of afrobeat rarely shed their powerful influence. But Falz, askance and angered, cannot believe how little has changed in the country when he raps: "somebody tell Baba Fela e too talk truth / say the government still dey shit on youth / animal, them still dey put on suit and agbada / our leader dem still confused."

Lasting just two and a half minutes and rapped entirely in pidgin, "Talk" is succinct and apt over a galala beat (Nigeria's interpretation of dancehall). Here, the rapper takes his biggest swing at President Buhari and his promise of security and economic prosperity against a backdrop of austerity measures and (now abated) campaign of terror by Boko Haram. Falz deploys his trademark humor with clever play on words about the president's failings; "four year tenure, three years holiday," "We buy your story but you no give us change."

This is where Falz takes to task, not just corrupt elected officials, but also the misguided electorate whose votes bring in and keep bad leadership in power: "what about even you voters / wey dey act as if you only see two jokers / recycle the same corrupt me / later you dey say that you hate the government." The staccato drumming and patient, melancholic piano suggests Falz is working with ideas from Nas' "One Mic" though he refrains from xeroxing the tonal changes in the NY rapper's delivery. "Everybody is a muthafucking hypocrite" goes Demmie Vee on the chorus before admitting that "of course I know truth is bitter" which sensibly portrays immorality as a fallen state of human endeavour, rather than conceive of perpetrators as born sinners, with little chance of redemption.

Common to a terribly aspirational society as found in Nigeria is the taste for fine living and the readiness to acquire it, or pretend, at all costs. Such individuals are parodied and mocked on "Foreign," taken from his collaborative EP with Simi titled, Chemistry. Rather than come across as the insults they are, Simi's sweet falsetto which makes her own depictions of class pretenders sound like friendly ribbing. They are not, and this is also true of Falz' put-on accent, takedowns and malapropism. Produced by frequent collaborator, Sess The Problem Kid, the tight groove and airy horns make for Falz' most convincing take on Fela's afrobeat, before the mature interpretation of this on his latest project, Moral Instruction.