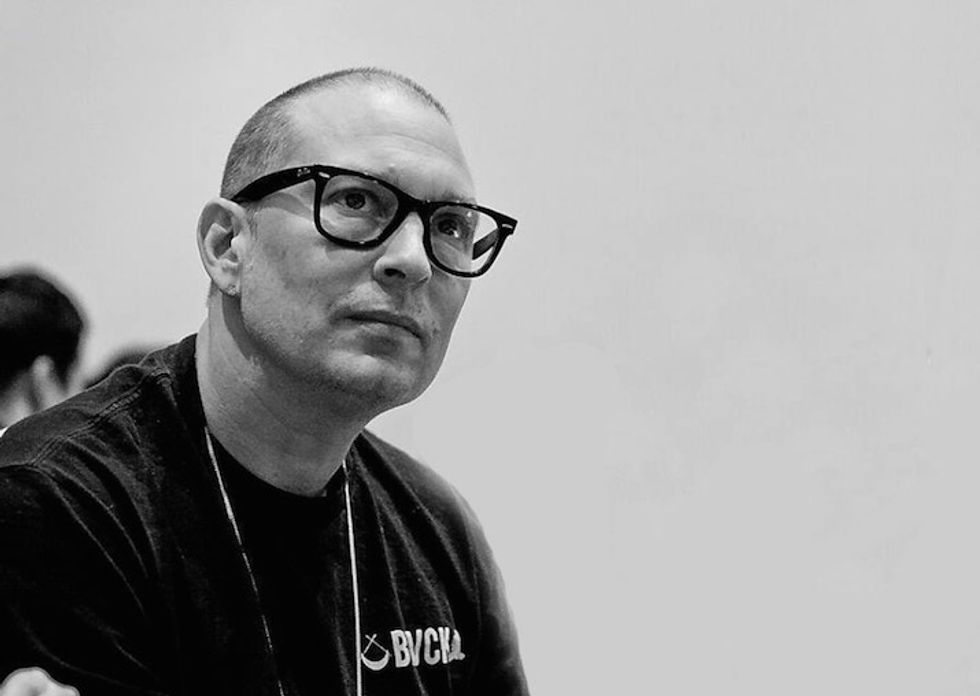 Dante Ross kicked off his career in the music industry at Tommy Boy Records in the late 1980s, where he played a prominent role in the signings of De La Soul, Queen Latifah and Digital Underground. Following that stint, Ross became one of the first hip-hop-focused A&Rs at a major label, bringing on the likes of Brand Nubians, Leaders of the New School, Busta Rhymes, Pete Rock & C.L. Smooth, KMD, and Del The Funky Homosapien to Elektra Records. He then went on to produce for Everlast and Santana's Supernatural.

Ross is the latest name to select his favorite Fela Kuti songs for Fela.net's artist playlist series. "My pops was a big Fela fan and he took me to see him at the Ritz in NY with Egypt 80 when I was 14-15 years old and I’ve been hooked ever since," he mentions to the website. "The music of Fela has a meditative quality that makes a day at home reading a book or on the couch relaxing even that much more priceless. Fela’s songs are proof for me that god exists in music.”

"ITT" – This was the first Fela record I listened to religiously. I feel in love with this record in my late teens. My pops was a big Fela fan and he took me to see him at the Ritz in NY with Egypt 80 when I was 14-15 years old. I discovered this record a bit later and instantly became hooked. The album 'Black President' opened the door for my exploration into Fela and Afrobeat. The title and chorus chant alone (International Thief Thief) spotlights the political and satirical brilliance that is Fela Kuti.

“Fear Not For Man" – The drums in the intro and the hypnotic organ line are mesmerizing as is the tune all 14 minutes of it. The groove is just so relentless and obviously James Brown influenced. A great great dance record. Tony Allen’s playing on this and all his Fela recordings are just superb, He is on the bar which all drummers aspire to. His groove is so deep and he plays the most intricate time signatures with the greatest of ease. On all Fela’s music the drums are the pulse and Tony Allens pulse was magnificent. One of the all time greatest drummers in almost everyone's book.

“Africa Center Of The World” – Fela Kuti and Roy Ayers. Found this record during my crate digging days. Kenny Dope’s re-edit / remastering of this is amazing. Another hypnotic, relentless groove and dance floor rocker. This always reminds me of Rich Medina’s Jump N’ Funk Fela parties he did in NYC circa 2004 or so, Also a classic for Danny Krivit’s body and soul parties.The combo of Roy Ayers and Fela has a spiritual connotation.

"Colonial Mentality" – The saxophone intro groove with those drums is so gorgeous. This song for unknown reasons brings up a strong emotion for me. It tugs at my heart in a weird and inexplicable way. Love this song I have listened to it on repeat all day a bunch of times in my life. Once again the chanting vocals provide an hypnotic feel that only Fela’s music can provide. The repetition is gorgeous there is no part of the chord progression left unexplored. Like most Fela music it has a meditative quality that makes for a good day at the crib reading a book on the couch relaxing priceless. This song is proof for me that god exists in music.

"Lady" - Saved my favorite for last. This song is maybe Fela’s most famous. It’s just a brilliant piece of music. Fela and Africa 70 just beat the groove to death exploring every inch of the progression building on it time and time again only to strip it down and build it up again. This tune exemplifies the brilliance of Fela and Afrobeat in all it’s glory from the chant vocal, to the English lyrics, the unforgettable melody and the percussive nature of the rhythm that is beyond relentless. I can listen to this song forever and always find a new thing in it, a new piece of inspiration, another thing that makes Fela and James Brown musical kindred spirits.