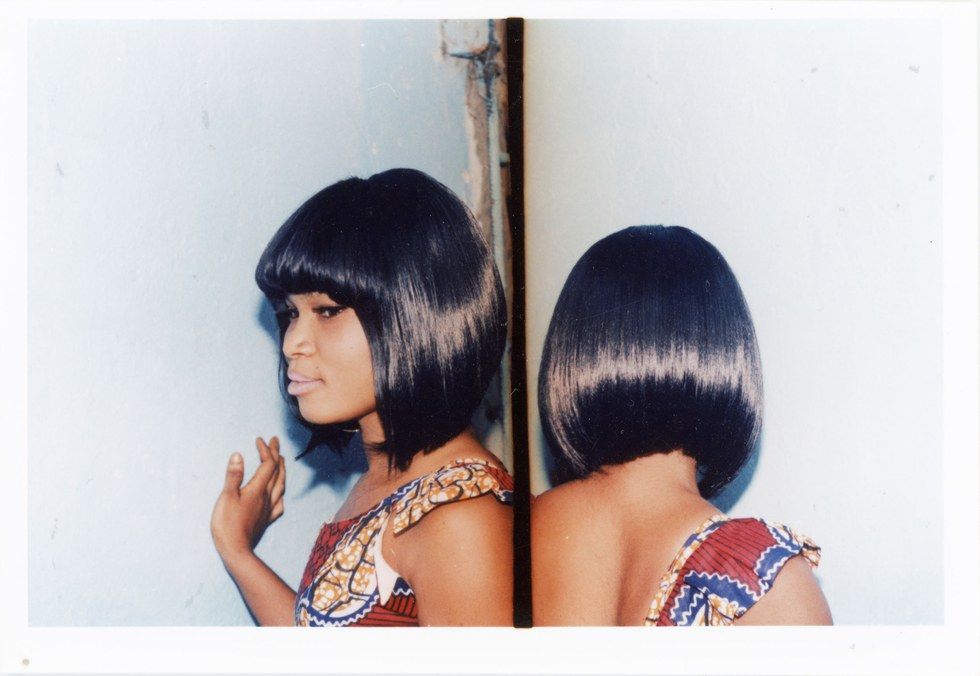 Check out a selection of images from the book and OkayAfrica's conversation with Barrayn on who Mfon was named after, why it's needed now and more below.

Laylah Amatullah Barrayn: There are women photographers of African descent who have been doing incredible work for many years now. I don't feel like we have gotten recognition. I don't think that we've been celebrated in the grand way that I think that we should. The last time there was an actual book on black women photographers was in 1986. This book will show what we are doing collectively across all genres and across all levels of experience.

I really wanted to make a statement and show an incredible list of 100 women of African descent creating amazing images and telling amazing narratives.

OKA: What was your research process like for the inaugural book?

LAB: My co-editor [Adama Delphine Fawundu] and I are best friends and we've been wanting to do this book for 10 years. But we weren't able to get a publisher then, so last year we took the proposal that we did 10 years ago, we dusted it off and proposed it again to the Brooklyn Arts Counsel—and we got a small grant.

And I told her, "Let's do a hundred!" But she was said, "Oh, that's a little ambitious." Since we're both photographers, 100 women photographers weren't so out of reach. We know who our peers are, we know who our contemporaries are and we travel a lot to Europe and West Africa, so we are checking out what's happening anytime we travel.

LAB: The journal is named after an amazing photographer—Mfon Mmekutmfon Essien—who passed away before I got a chance to meet her. I was looking forward to meeting her, because she was in an exhibition that was called "Committed to the Image: Contemporary Black Photographers" at the Brooklyn Museum. It was a huge show, it was a big deal and she passed away just right before it opened—it was really devastating. When you walked through the exhibition her work was the first work you saw. It's a huge milestone in any photographers' career to be shown in the Brooklyn Museum, so I was always devastated by that. Soon after the exhibition opened, a lot of the photographers held a vigil for her and it was really beautiful. And she was loved, she had a lot of friends, she was a muse for and support for other photographers—you'll probably see her in other people's work. She was a real communal figure and I always thought about her wondered what her life could have been.

So I was just thinking, "I'm my sister's keeper." I want to bring all of my sisters with me with whatever I'm doing if I can. That's why I decided to name it after her and also with being photographers of African descent, she was Nigerian-American, so she represented continental Africa as well so it was perfect.

For more information on Mfon: Women Photographers of the African Diaspora and to pre-order, click the link here. A portion of the pre-order sales will contribute to the Mfon Legacy Grant, which will be awarded to emerging black women photographers of African descent.