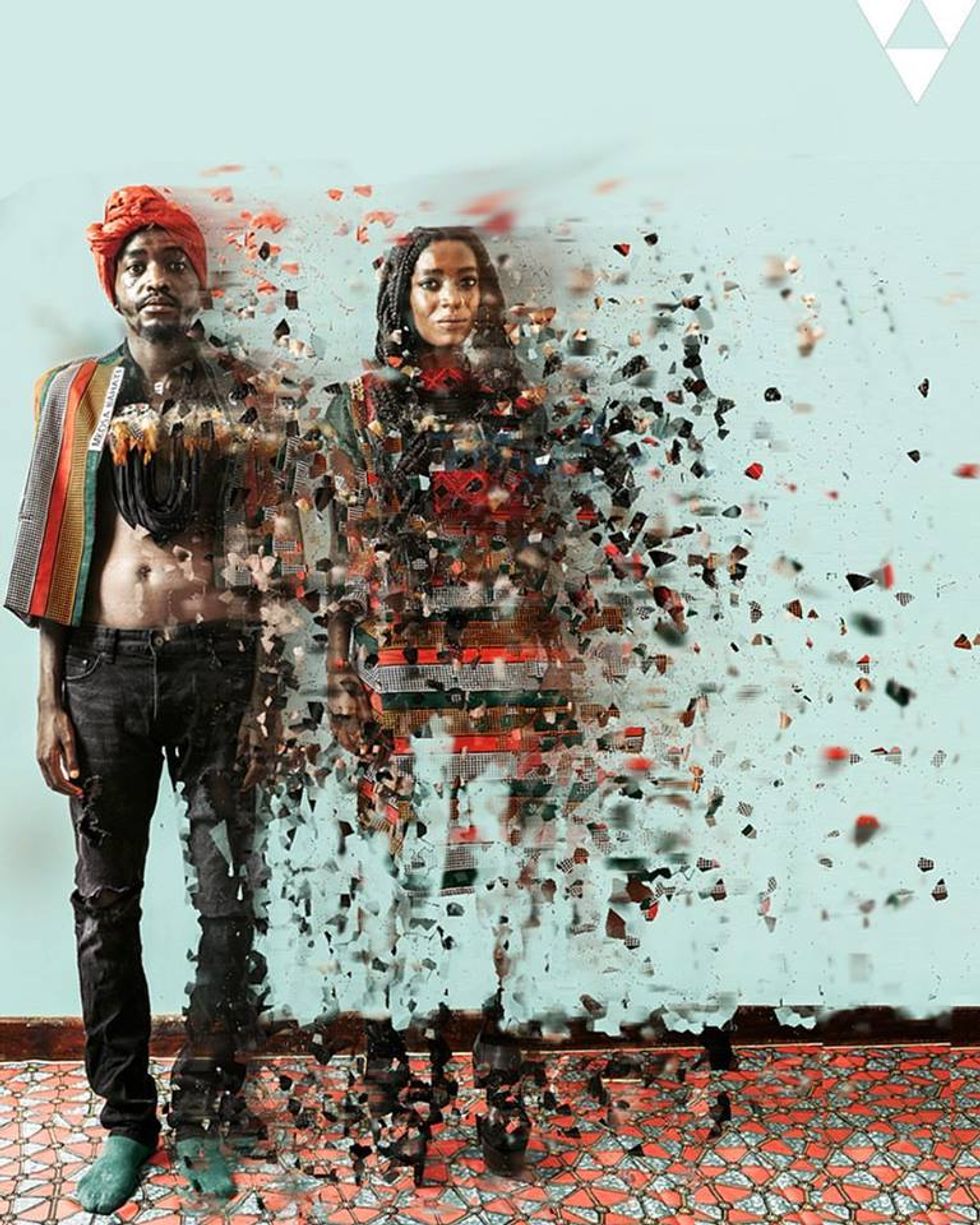 'Black Magic: AfroPasts/AfroFutures' is on view at Corridor Gallery in Brooklyn.

For Brooklyn-based curator and anthropologist Niama Safia Sandy, afrofuturism isn't just some abstract concept. “It's what we live every day," she tells me at the opening of Lauryn Hill's Diaspora Calling! art exhibition. “It's not so much an interest as it is life."

Sandy is the curator of Brooklyn's newest spotlight on magical realism and afrofuturism in the Black Diaspora. The multi-disciplinary group show, a curatorial debut for Sandy, features photography, video installations, paintings and collages that explore “magical blackness" through the past and future of the Black Diaspora.

“The show looks at this idea of magical realism as well as afrofuturism combined across the Black diaspora," the curator tells Okayafrica. “What are the things that connect us? What is the iconography that connects us? And how does that look visually? What does that sound like? What does that feel like?"

The exhibition also marks a debut for our own Okayafrica family, Underdog. The DC-based DJ and graphic artist is showcasing his art in the flesh for the very first time.

Black Magic: AfroPasts/AfroFutures is on view at Corridor Gallery (334 Grand Street, Brooklyn, NY) now through May 22, 2016. Find out more details on the exhibition here and read Sandy's full curatorial statement below:

Magical realism is not merely a literary genre, but instead a very real actuality for we – the black and brown people of this earth. We smuggle the spiritual into every waking moment just as Afro-Futurism smuggles the intellectual and the axé (after Paul Carter Harrison and Sandra Jackson-Dumont) – the beauty and the power of our multitudinous voices – into the every day. Imagine scenes of lush color flooded by the light of the sun – in Bridgetown, in Brooklyn, in Brixton, in Bamako. Intersections of the past, present and future grounded in the magic that was already in the soil, in the air, passed on by our ancestors through breath, bonds, blood, ritual well after we came across the Atlantic all of these many times. We carry it with us wheresoever we go - this abundant color, rhythm, swagger, this ambulatory cosmology. Who and what we are now is a combination of Ley lines and the mixtures of all the noises and the gods we carry in our blood from the Americas, West Africa and India and whatever other watersheds we came from. Because of this, we see and hear magic in everything across water, space and time. Through the work of selected visual artists, Black Magic: AfroPasts/AfroFutures explores magical blackness through the lens of days gone by and imaginings of what is yet to come across the Diaspora.

Arnold Butler, Infatuation Is Not Enough