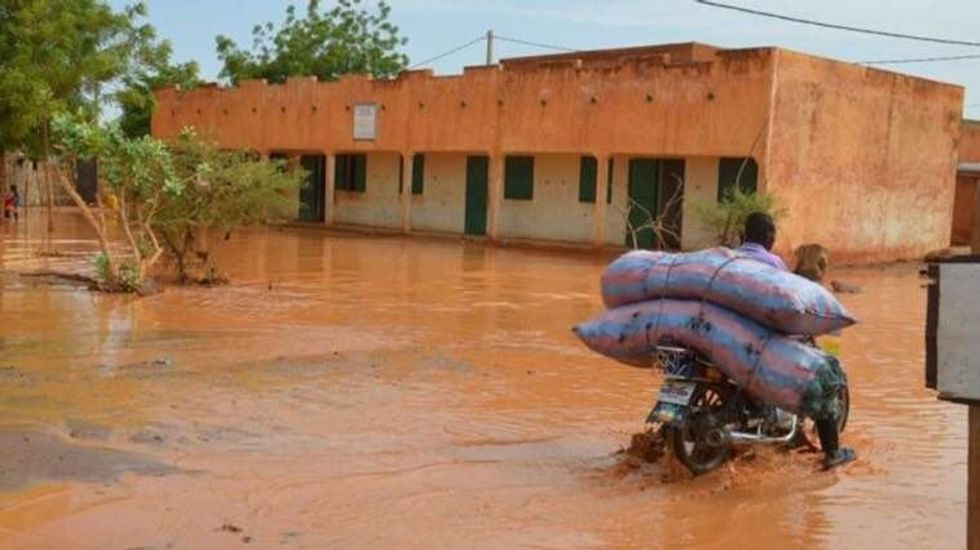 Torrential rain has destroyed hundreds of homes in Niamey, Niger.

According to Niger's Director General of Civil Protections, Colonel Aboubacar Bako, the downpour has killed 44 people since June.

Residents in at-risk areas are being urged to evacuate and to head to public shelters, such as local schools to assure their safety.

People are sharing pictures and sending well wishes via social media. Others are pointing out the frequency with which natural disasters—particularly flooding—have occurred in various parts of the world recently. Floods have ravaged areas in India, Nepal, Bangladesh, and Houston within the last week as well. Sierra Leone is still recovering from a deadly mudslide that killed thousands earlier this month.

Devastating Floods. First 2 pics are India and others are of Niger. Right now. Well, CNN knows but won't show it cause Texas is. pic.twitter.com/r3HFhyw71D

44 death recorded in Niger republic due to torrential rains. Let's spear a prayer for our African neighbors and a helping hand if we can.... pic.twitter.com/662DvsQg2i

My heart's out to the people of Niger affected by the flood pic.twitter.com/ia9xUglXQr

Niamey's location—it borders the Niger river—makes the city susceptible to flooding.  Last year, around 50 people were killed by severe flooding in the country.  These natural disasters are widening discussions around global warming and its effects on the environment—particularly as it relates, to what international relations buffs call, "the global South." For more on this, revisit our piece "Africa Will Be a Little Too Lit If We Don’t Do Something—a Conversation on Climate Change."