"From Africa, With Love": These UK Film Festivals Are Shining A Light On African Romance 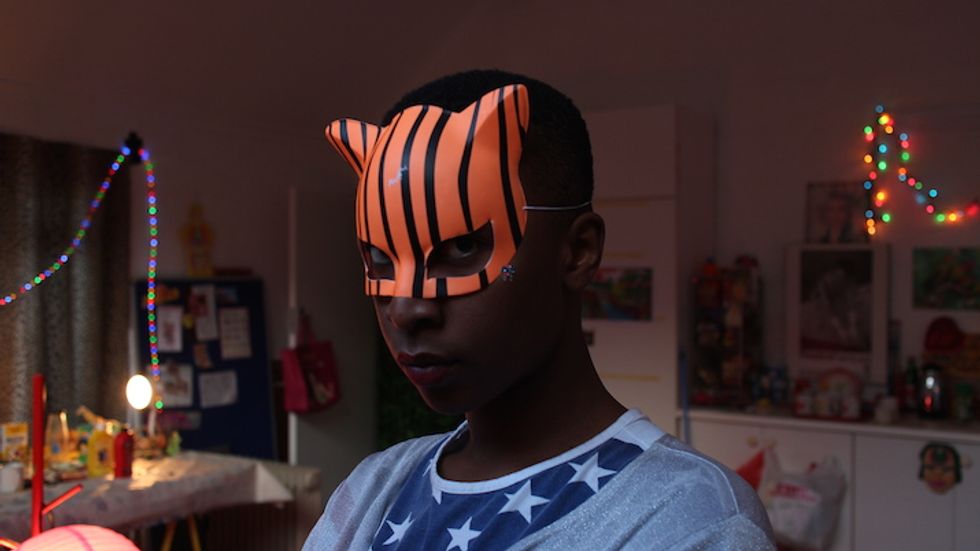 The UK's leading African film festivals have teamed up to spotlight love-themed films from the African diaspora.

Jenna Cato Bass' 'Love The One You Love' is the opening film of the Cambridge African Film Festival.

Five of the UK's leading African film festivals have teamed up to spotlight love-themed cinema from the diaspora. Part of the British Film Institute's season of love films, From Africa, with Love is running through November 21 at Africa in Motion (Glasgow and Edinburgh), Afrika Eye (Bristol), Cambridge African Film Festival (Cambridge), Watch Africa (Cardiff) and Film Africa (London).

On Friday, October 16, the 14th Cambridge African Film Festival (CAFF) opens with South African filmmaker Jenna Cato Bass's Love The One You Love. Set across Cape Town, the film tells the parallel stories of a sex-line operator, a dog handler and an IT-technician who begin to suspect that their romantic relationships are the subject of a bizarre conspiracy involving their friends, family and possibly even greater forces.

Taking place October 2 through November 21, Watch Africa is showcasing over 20 films across nine venues in Cardiff, Wales. Some highlights include screenings of Finding Fela, Beats of the Antonov, 100% Dakar, Horses of God, Love The One You Love, Bound: Africans vs. African Americans, Lamb, Stories of Our Lives, Sembene! and Winter of Discontent.

Opening October 23, Scotland's two-city Africa In Motion will explore the theme of "Connections," looking at "the interrelatedness of the myriad aspects of African experiences." Some highlights from this year's AiM include The Art of Ama Ata Aidoo, Bound: African vs. African American, Things of the Aimless Wanderer, Stories of Our Lives, Love the One You Love, the UK premiere of Philippe Lacôte's RUN, Beats of the Antanov, BLK JKS guitarist Mpumelelo Mcata's Black President, Necktie Youth, Lamb and a seminar on Ousmane Sembène.

The three-day Afrika Eye will take place November 13 through 15 in Bristol.

The Royal African Society's Film Africa opens in London October 30 with the London premiere of Philippe Lacôte's RUN and closes on November 8 with The Man from Oran (L'Oranais/El Wahrani). Now in its fifth edition, the festival will bring over sixty films to eleven venues across London, including Things of the Aimless Wanderer, Stranded in Canton, Necktie Youth, Ayanda, Adama, Idris Elba's Mandela, My Dad, And Me, Democrats and Black President.