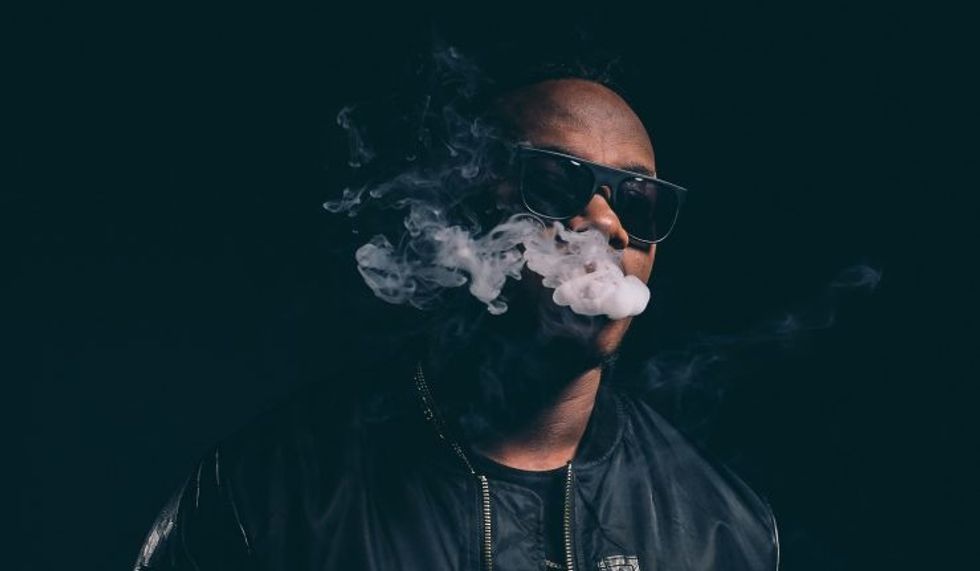 KLY can shine wherever—be it on a hip-hop, pop, afrobeat, afropop or kwaito production.

In 2016, he released an impressive EP, KLYmax, which was produced by Wichi 1080 and featured artists like Priddy Ugly, Ycee, Frank Casino, among others. He has also worked with a versatile array of artists such as Wizkid, DJ Maphorisa, Mafikizolo, Priddy Ugly, Major League, among others.

Below we pick the man's best guest appearances so far, in no particular order.

On a single off of his debut album Yellow, the rapper Shane Eagle hits a few notes crooning about a lover who left him. KLY, on the second verse, tells his version of the story with zilch effort on his vocals. He is at a better place in his life, and the joke is on the person in question.

On "Ke Mosadi,"Emtee, Maggz, Smashis and KLY go off. No artist slacks here. KLY, who shares the hook with Emtee, is so precise­—he doesn't take forever to get to the point. The message is loud and clear—he's trying to get rich and won't let anyone trap him with pseudo love when they are just after his money.

On his Ambitiouz Ent labelmate LaSauce's "Won't Let You," KLY lays his soulful R&B sauce over mild keys. For his verse, the song is stripped off of its bass line—it's just his vocals, the rhythm and keys. His old school R&B influence shines through on this song.

Proving his versatility, Vaye" sees KLY sing over a scooting kwaito-esque rhythm. His lines are densely packed as he adopts a sing-songy rapping style.

KLY owns "Truth Be Told," one of the standout songs on Priddy Ugly's debut album E.G.Y.P.T. His hook glides over an ethereal instrumental that boasts cascading pads and a pitter-patter of hi hats.

KLY shares the hook with Refi Sings on "Pillow Talk," a song off of Priddy Ugly's independently released EP You Don't Know Me Yet. KLY's vocals always fit perfectly over cloudy trap production, and this song is another one of those instances.

This is arguably the most solid appearance from KLY. His hook does its job: it's catchy without being cheesy and repetitive and it's woven perfectly with every artist featured in "Do Better."

On "Best Thing," one of Mafikizolo's flirtations with afrobeat, KLY proves again that he's unbounded­—pass any beat his way, and he'll give you magic. On his verse, he manages to fit the song's mood while still maintaining his R&B identity.

Another well-balanced song where every artist delivers. KLY's show-stealing verse is strategically placed in the middle as if to make it a pivotal point of the song. While Rouge's vocals are higher in tone, KLY takes it easy but still manages to demand your attention.

"N.O.U.N" is pop and afrobeats, and somehow, KLY is able to fit in. He has limited time, and fits conventional R&B singing and ragga in varying tones and pitches to prove again that he's an anomaly and is always in control of his voice.