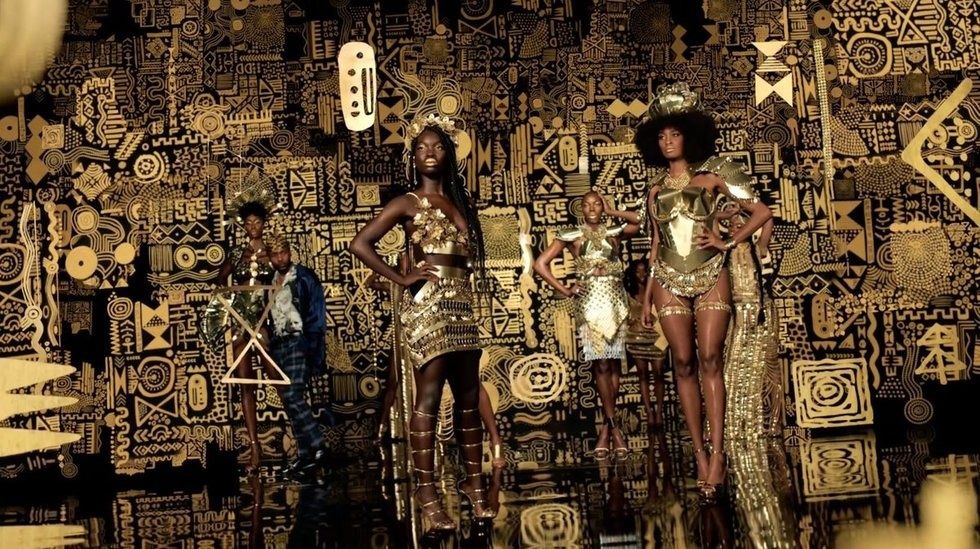 The British-Liberian artist is taking legal action against TDE after claiming that her work was used without permission.

British-Liberian visual artist Lina Iris Viktor, has sued Kendrick Lamar and Sza over the unauthorized use of her work in their music video for "All the Stars," reports Pitchfork.

Following the release of the video earlier this month, Viktor's lawyer Christopher Robinson sent a letter to Lamar's TDE team, claiming that the gold and black patterns used towards the end of the video—beginning around the 3 minute mark–were stolen from her visual series "Constellations" without her permission. The letter also stated that she had been approached twice by the film's makers about using her work, but declined on both occasions.

The letter stated that Viktor was "willing to discuss a resolution of all her claims, consisting at a minimum of a public apology for the unauthorized use and a license fee."

Today, Pitchfork has reported that while Viktor initially attempted to handle matters outside of court, they will now be taking legal action against TDE.

"We tried to resolve this without litigation. Now that we are in Court, we are confident that Ms. Viktor will prevail," Robinson told the magazine.

Viktor has also asked that her work no longer be used for promotion of the video.

Earlier this week, the artist took to Facebook to thank her supporters and announce that she would be "seeking justice" around the matter. See her post below.