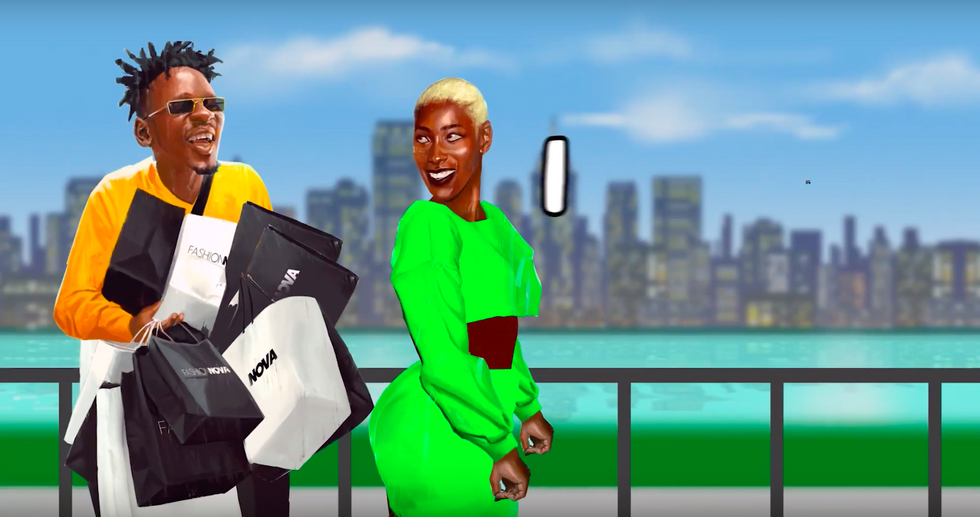 Mr Eazi promises to spoil his love with "things from Fashion Nova" on his cheeky new single.

Mr Eazi has done a lot in 2019. He made his Coachella debut, launched his business, and has featured on several songs and projects, including Walshy Fire's "Call Me," Blow My Mind" with Ugandan-Swedish artist Sabina Ddumba, and most recently the artist appears on the track "COMO UN BEBÉ" withreggaetonstars J Balvin and Bad Bunny.

The artist continues his run with his first official single of the year "Supernova," a cheeky banger produced by Dre Skull & E Kelly.

On "Supernova" Mr Eazi sings humorously about spoiling his woman with clothes from Fashion Nova, amongst other things. He released an animated "visualizer" to accompany the the just under 2-minute track. Check it out below.

Earlier this month, the Nigerian artist shared the freestyle track "Thank You," to express gratitude for all of his success. We recently spoke to the artist on the blue carpet of the BET Awards in Los Angeles, where he was nominated for Best International Artist. Speaking on the Black excellence on display at the show, the artist said: "as long as music is being made by Black people, African people will never stop being brilliant."

Listen to "Supernova" below.