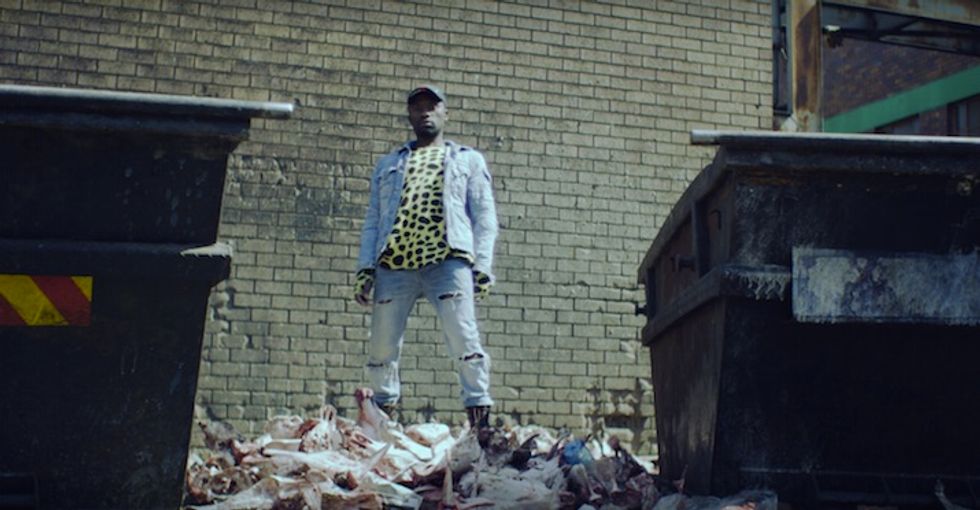 Just over a year later, Mashayabhuqe now shares the track's gritty visuals. Shot in Johannesburg, mostly outside the Jeppe Hostel, the self-directed clip offered Mashayabhuqe the opportunity to showcase what he refers to as the essence of Digital Maskandi. "The video depicts the merging of two worlds, the traditional African man juxtaposed against the predominant Western influence in Africa, and how they co-exist in the modern day," he wrote in a message accompanying the video on YouTube. In an email to Okayafrica, the musician expanded on this merging of two worlds. "It's like taking a rural boy to urban areas and making him adapt to the changes (and vice versa)," he shared.

"We've got scenes that are relating to the topic [of the awakening]," Mashayabhuqe told us. "Like the kids burning condoms, it was a crazy idea... I wanted to push the envelope and go against the grain. It might be a complex idea and leave out ambiguity, but I really love it, and wanted it to be confusing. That scene alone makes the video for me. It's the awakening. It symbolises a few things like, 'there is no hope, we are hopeless as people nowadays.'"

Did Mashayabhuqe want his fans to take away a certain message from watching his video? "REALITY is more interesting than anything in the world," he says. "You might hate your reality but know that someone else thinks you're golden and unique. Just love your cultures and create dope things."