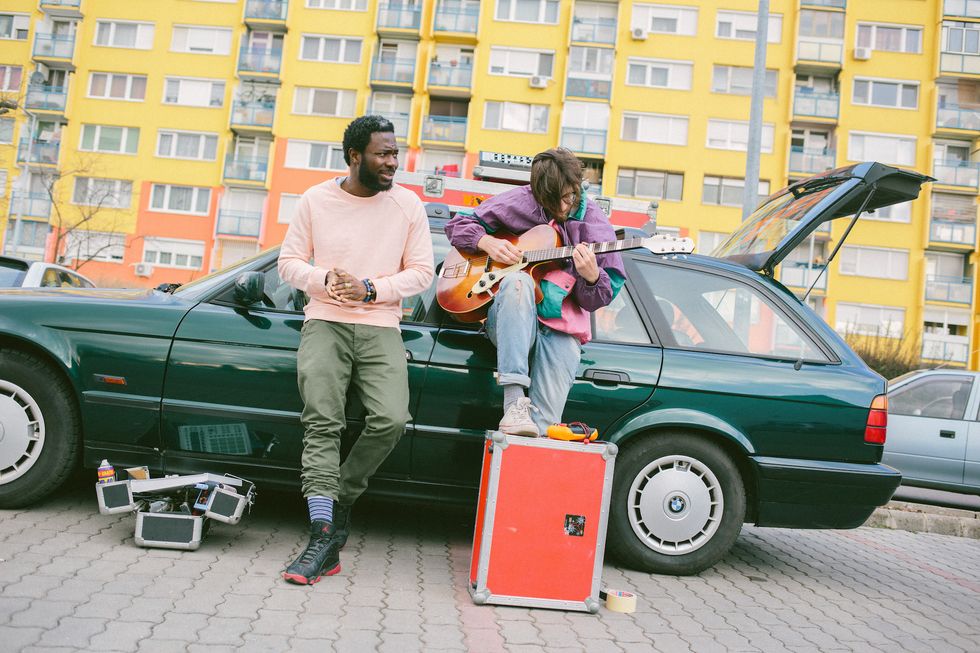 M3NSA. Photo courtesy of the artist.

Watch the new music video for "Still Dey Inside," shot across Ghana and Hungary.

M3NSAcomes through with the new video for "SDI," a head-nodding single that sees him connecting with fellow Ghanaian Amaarae.

The new track, which was co-produced by Andras Weil, sees the FOKN Bois and Red Red member addressing how he refuses to get caught up in the pressures of expectations, while the buzzing Amaarae delivers a knockout verse of her own.

The new music video for "SDI," which we're premiering today, follows M3NSA as he rides a vintage convertible across the Hungarian countryside and rides bikes with Amaarae in Accra's suburbs.

"SDI means Still Dey Inside, basically not feeling pressured, and having a good time whilst living life," M3NSA tells OkayAfrica. "I've been learning a lot, developing ideas in my head, it was time to focus on myself and properly offload some of it into music. The challenge for me is to produce something fresh and progressive. I want the amount of thought, consideration and passion I've put into this project to be felt."

Watch the new Fotombo-directed clip below.