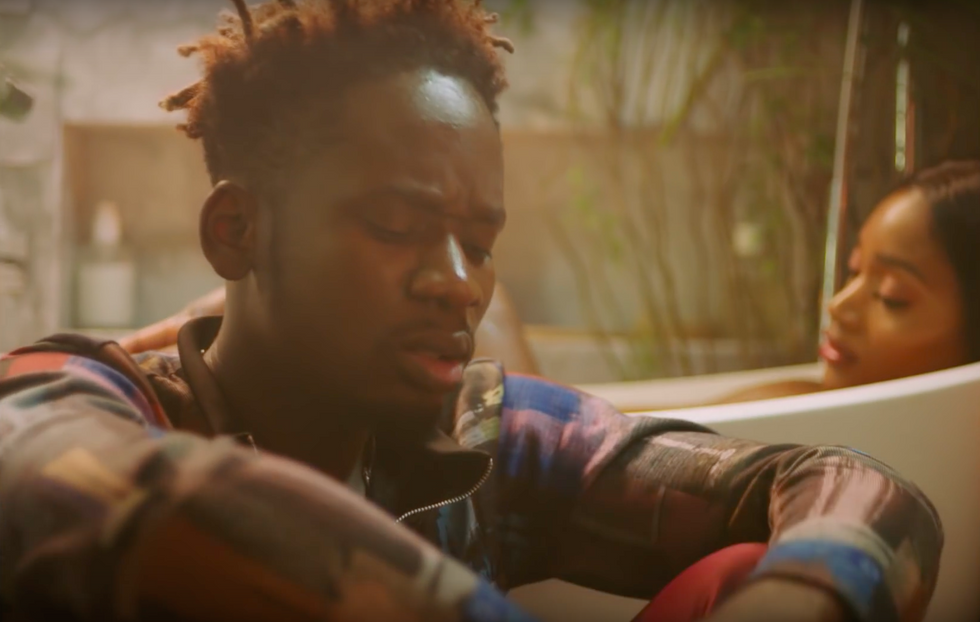 The Nigerian stars connect for the latest single from Mr Eazi's "Lagos to London Vol. 2."

The emotional song sees the artist singing about a girl he's longing for, and reflecting on a relationship that's gone sour.

In the video, Mr Eazi sits in a colorful room while his special lady sits at a distance, capturing the strain in their relationship. Later in the video, he's joined by a fashionable Burna Boy who offers a tuneful verse about his own lover.

The single is one of many collaborations on Mr Eazi's Lagos to London Vol. 2 mixtape, which dropped towards the end of last year. He shared the adorable music video for the Simi-assisted "Surrender," in December. He also produced an accompanying documentary, which explored the rise of afrobeats in November.

Check out the music video for "Miss You Bad" down below.