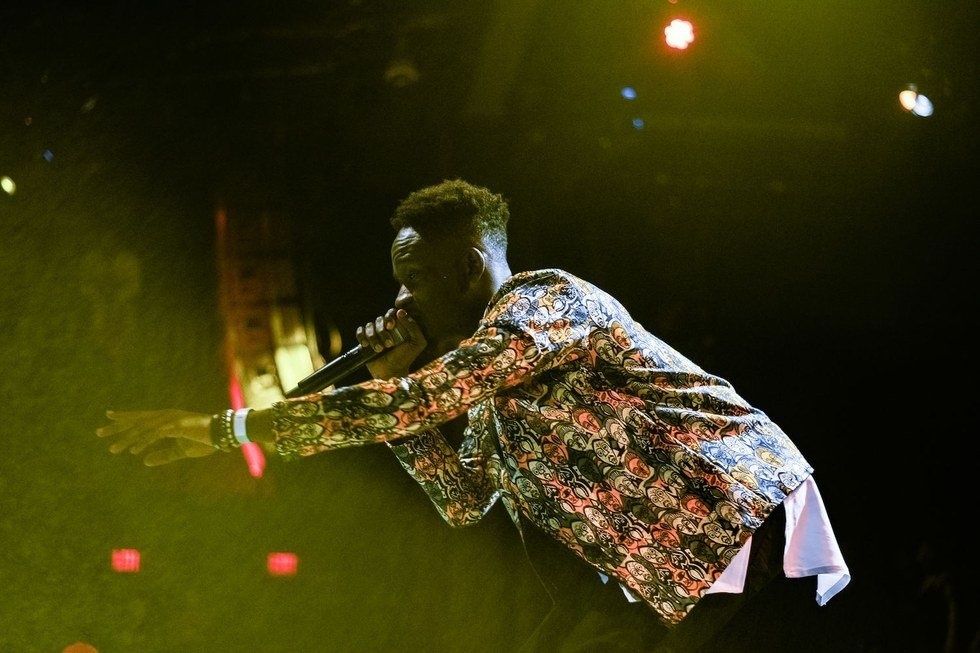 Some Life Is Eazi - Vol. 2 tour dates are now postponed due to visa issues.

Update 3/21: Mr Eazi has been forced to cancel the March dates of his Life Is Eazi - Vol. 2 tour due to issues with his visa.

"With deep regret I have been forced to postpone my US tour, due to visa issues out of my control. This decision has not been made lightly but reflects my desire to do the right thing by you, the fans," Mr Eazi writes.

Mr Eazi also notes that: "1. For the moment only MARCH dates of the tour are cancelled. We will advise on April as we still push for an answer from the US embassy. 2. All March dates will be rescheduled with current tickets valid for the new dates. 3. If the new dates do not work for you, a full refund will be available."

It looks like Mr Eaziis going to have another strong year.

First, Eazi kicked things off in 2019 with the major announcement that he'd be performing at this year's Coachella music festival, joining the likes of Burna Boy, Little Simz and Sheck Wes.

Well, It seems that his team has built that big festival show into a run of concerts across North America and Canada, seeing him making stops of his Life Is Eazi - Vol. 2 tour in Atlanta, Toronto, Detroit, Boston, New York, Dallas, Houston, Chicago, San Francisco and several other cities.

This year, Mr Eazi's already also won big at the Soundcity MVP Awards and connect with Burna in the video for "Miss You Bad."

As our contributor Joey Akan wrote in his argument for why Eazi and Burna are the right artists to bring afrobeats to the world:

In the last two years, Mr Eazi has gone from selling phones in a Lagos market to moving his life and business to London leading many to call him the smartest musician on the continent. His 2017 deal with Apple Music to push his first mixtape, Life is Eazi Volume 1: Accra to Lagos, ensured that he was given prime placements on the music giant, with his art seeded into heavy streaming playlists. He also was a beneficiary of a performance spot on The Late Late Show with James Corden, a partnership with Diploand Major Lazer. By the time he released his sophomore project, Life Is Eazi Vol. 2: Lagos to London, he already had ground in the UK.

Check out Mr Eazi's full dates for his North American tour below and buy tickets here. Pre-sale is open for some dates now.