A Tribute To Nelson Mandela, The Revolutionary 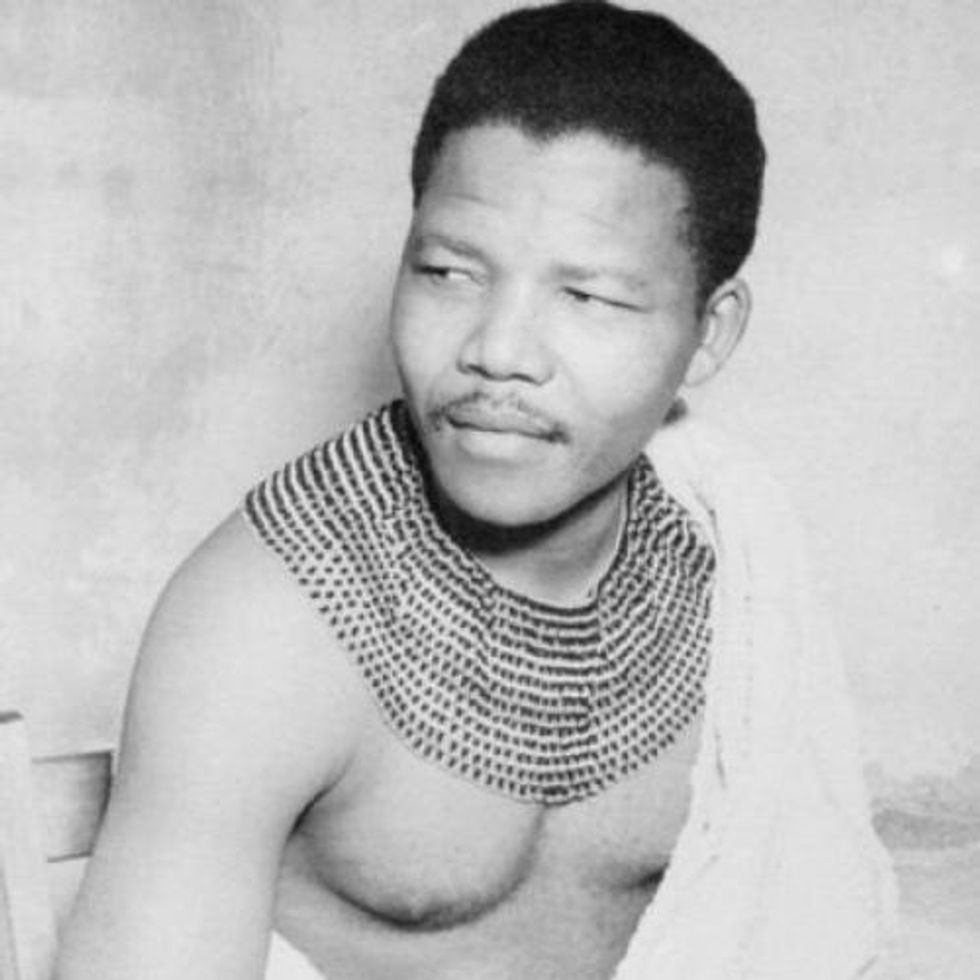 Okayafrica offers a Nelson Mandela tribute to the revolutionary leader with the books he read and the speeches he made.

It goes without saying that Nelson Mandela has straddled the half century like a colossus. Born in Transkei, South Africa on July 18, 1918, Mandela rose to international prominence as part of the African National Congress (ANC) fighting the white South African government's apartheid system. From his imprisonment in 1962, to the 27 years he spent in prison for his resistance to the National Party's apartheid policies, to the 1994 ANC election victory which made him South Africa's first black president, the highlights of Mandela's biography are well-known.

But he was not always the kindly elder statesman. In A Long Walk to Freedom Mandela outlined his struggle to convince ANC leaders that it was right to include violent resistance among its tactics: "[we] had contended that for the ANC nonviolence was an inviolate principle, not a tactic to be changed as conditions warranted. I myself believed precisely the opposite: that nonviolence was a tactic that should be abandoned when it no longer worked." His commitment to the struggle for justice and an end to white supremacy in South Africa made him a treasonous traitor in the eyes of the National Party, and Western Bloc leaders like Ronald Reagan and Margaret Thatcher dubbed him a terrorist, a fact which may well be glossed over in the coming days as today's statesmen pour out their tributes. Here, we remember Mandela, the revolutionary who, at his April 1964 speech at Rivonia, declared:

“During my lifetime I have dedicated myself to this struggle of the African people. I have fought against white domination, and I have fought against black domination. I have cherished the ideal of a democratic and free society in which all persons live together in harmony and with equal opportunities. It is an ideal which I hope to live for and to achieve. But if needs be, it is an ideal for which I am prepared to die.”

As part of this reflection on Mandela's profound political, ethical, and intellectual legacy, we've put together a slideshow of some of the authors and books he read during his formative years and as an inmate on Robben Island, where books were forbidden and reading was done in secret. Click through the slideshow above to see the texts that inspired Mandela's revolutionary passion.