This Nigerian MC Is The Queen Of Freestyles 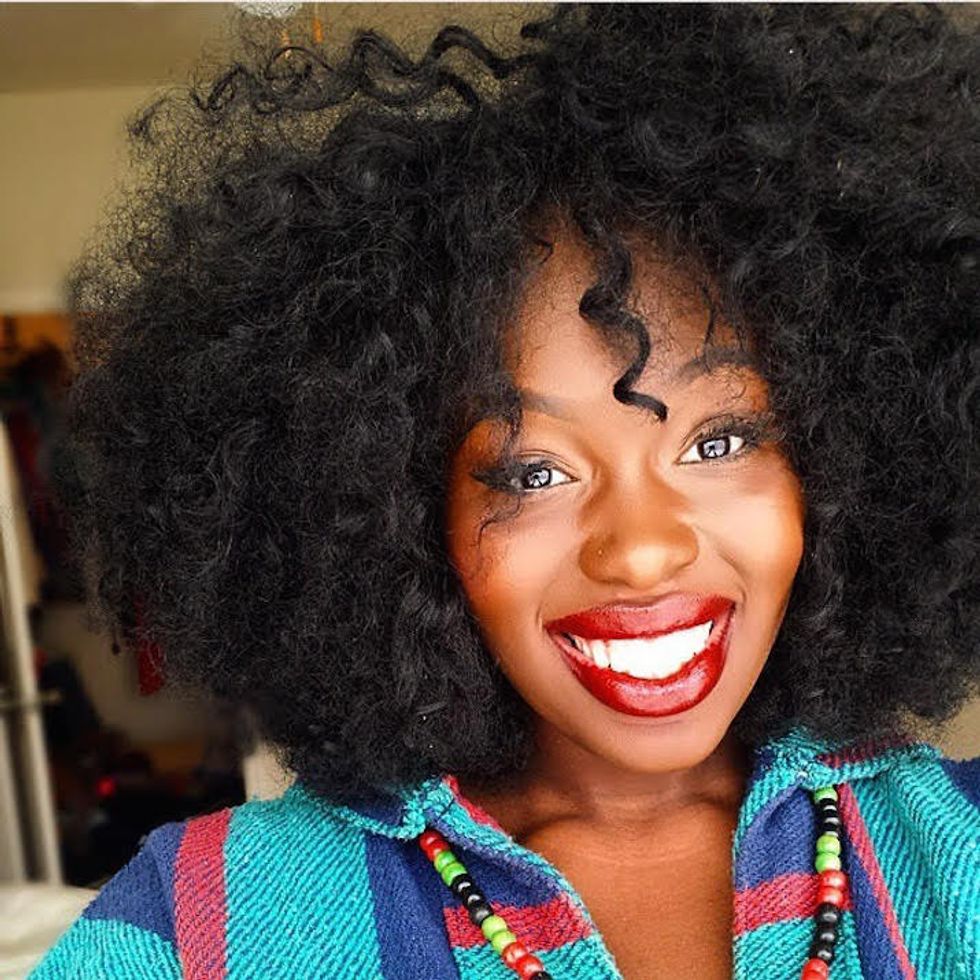 "Hardest rapper in the cypher and I own a purse," rhymes 23-year-old Nigerian MC Nezi Momodu during her memorable verse at 2015's Texas Tech Cypher, a yearly freestyle circle at the Lubbock-based university. Somehow, we didn't even have to watch the rest of the video to believe Nezi's claim. The one-and-a-half minute snippet of Nezi spitting her noteworthy freestyle garnered quite a response and had the internet wanting to know more about the young female rapper who killed her competition with clever rhymes, undeniable skill and sheer assertiveness. We recently came across some more of Nezi's material – all equally dope — and were just as curious to learn more about the Texas-based rapper. We spoke to Nezi via email and in the process, we learned of the Naija-born rapper and fine artist's extensive musical influences and compelling backstory. She's the furthest thing from an archetypal rapper, and we couldn't be more delighted. Her presence as a Nigerian, Muslim woman in the notoriously male-dominated rap game is utterly refreshing. Read on for our interview with Nezi Momodu, and check out her cypher verse as well as other tracks from the budding artist below.

Were you born in Nigeria? Why did you move to the US?

I was born in Nigeria in Lagos. I'm an Edo girl technically from Agbede but my mom was raised in Surulere, we had a house in Ikeja too. I moved to the U.S. because my father passed away and my mom won the lottery and was able to bring 3 of the 5 of us. My mom really struggled and we were all finally able to see each other about 8 years ago.

What music did you grow up listening to?

Fela Kuti, Sade, Sunny Ade , Shina Peters was my dad's favorite to play constantly. Then a lot of reggae and hip-hop ranging from A Tribe Called Quest to 2pac. Abba, MJ, Madonna, Earth Wind & Fire, even old folk music, we listened to it all.

When did you first start rapping?

This question is always a loaded question. If you mean when I first started rapping to myself, then since as long as I can remember. I would write lyrics and freestyle with my brother and friends. However, I didn't work up the courage to start rapping in front of mass groups of people until early last year after my friend encouraged me to follow my dreams.

You describe yourself as a "Nigerian Muslim artist stuck in Lubbock for school," how do these different parts of your identity influence your music?

I think because of the extreme amount of pressure that Nigerians put on their children, it's given me so much to prove. You go into things with the idea that you're essentially considered a failure, and you have to make everyone eat their words. Then to be a Muslim woman and rapping is almost a middle finger to every stereotype that exists in this country. You place all this hunger and passion in a small place and say "create." It leaves nothing but opportunity to explore and utilize all the various influences I've had growing up.

Were you at all surprised by the overwhelmingly positive reaction to your Texas Tech Cypher freestyle?

I wasn't necessarily surprised by the reaction as I was surprised by how far the reaction spread. You know when you sit down and dissect it, to me, it wasn't my best work. I think that when people see a woman actually rapping, they tend to swoon even if its average. I truly believe the video was successful because I came into it like, "Hey I'm the only woman here and I refused to be lost." I didn't have money to shoot a fancy video, nor time. It was my only shot to potentially build a platform for people to see me in a different light and I channeled that all into that one thing.

Have your parents heard your music? What do they think of it?

My mom and I finally talked about it last week. I didn't tell any of my family members. My sister and my brother-in-law are actually in Nigeria so when they found out they whatsapped me. My brother found out and my mom apparently has known but has been waiting for me to tell her. She's proud. Which is a big thing for a Nigerian parent to say especially considering the level of profanity in the video lol.

Do people ever tell you that you remind them of any other MCs?

Do they! Every female rapper that isn't talking about something dirty will be compared to Lauryn Hill always. Then on more provocative verses I get called Lil' Kim. I've heard Missy Elliot and Biggie but I just honestly think people don't even study flows. I am honored by the comparison to Lauryn Hill because she is one of my favorite artists and I am deeply inspired by her, but also I feel it's almost insulting to get to say I remind them of her. I'm still technically a novice and I don't think it's fair to me or the actual legend, to be compared to one another.

You've freestyled over classics like "Ready or Not" and "One More Chance." We get a throwback East Coast hip-hop feel when listening to your raps. How influential has 90s-era hip-hop been to you? Do you have any non-hip-hop influences?

Red Hot Chili Peppers, Architecture In Helsinki, Janelle Monáe, Curtis Mayfield , Grace Jones, Regina Spektor, The Youngbloods, Aerosmith, Marvin Gaye, Brandy, Buju Banton. I have influences from so many different styles of music, but I don't necessarily have the resources to fully showcase that all at once, nor would I want to. I enter everything as if I'm presenting a collection with a theme. I'm a 90s baby so of course the golden era shaped everything that was going on in my life. I was split from my family, I was experiencing and learning so many ugly truths that 90s or real hip-hop in general will help you define. You get a throwback East Coast vibe? That's dope because a lot of people say that but I'm not trying to be placed in a box so early. To me, that's not the only thing I want to be.

We read that you're also a fine artist. What is the creative process like when you're drawing or painting vs. when you're writing rhymes? Do you prefer one to the other?

I prefer different forms of art on different days. Whether if its choreography, working on writing a book, cooking or painting; it depends on the mood and day. To me it's all the same. Painting is a more technical process so I do set a lot of things up for that. Writing, however, is a lot more laid back for me. I play beats in my car and freestyle a verse and memorize, or I just chill and write on my floor with the speakers blaring. Whatever I'm feeling.

I know every student hates this question, but what's next for you?

To take over the world, Insha Allah.