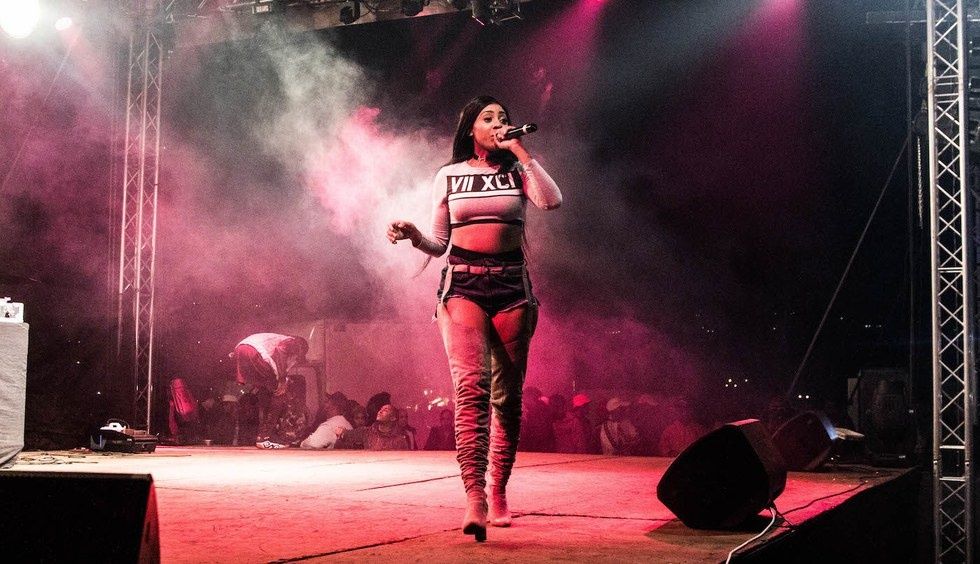 South African rapper Nadia Nakai is gearing to release her debut album. She recently did an interview with the website Slikour On Life in which she spoke about, among other things, squashing beef, the work behind her album and the importance of dressing up for her performances.

She also spoke about why she has always been opposed to all-female collaborations, especially those whose selling point is that they are all-girl collaborations.

"There's a reason why I did what I did when I didn't do those female remixes, when I didn't jump on those songs, when I was okay that I wasn't on the 'Baddest' remix," she told Slikour.

"Because I would have never shined as Nadia Nakai," she explained. "I would have shined as another female rapper. And that's what I didn't want. I want when I'm involved in something, Nadia Nakai has an impact. Not just 'it's a whole bunch of girls together.'

Nadia explained that she feels a collaboration between her and another woman artist should be on the basis that it will be impactful because of their stature instead of gender.

"And that's the reason why I didn't wanna work with female rappers before because I felt like nobody had created anything for themselves to make the collaboration impactful," she says.

"Beyoncé and Nicki Minaj came together and that was impactful because they did so much on their own. So what exactly did the others do to make me feel like we can work together? Now we get to that point, and that's why I made the decisions I made, but people never understood when I was making them, they thought 'this chick is a bitch' or 'she's hurt because they left her out or.' No, everything was a reason for building my brand. And now I see the respect changing because people are getting it now."

South African hip-hop has had those moments, which are actually condescending to women who rap. For instance, DJ Switch released two remixes for his popular 2016 rappity rap single "Now or Never." The first remix, just like the original, featured an all-male lineup, but didn't carry with it any gender branding. The second remix however, facilitated by the DJ Ms Cosmo, was called the "LeFemme remix," and featured an all-female lineup.

While DJ Switch and Ms Cosmo may have overlooked the effect, it implied that the girls weren't good enough to rap alongside the boys.

Watch the full interview below, and watch the video for Nadia's latest single "Naaa Mean" featuring Cassper Nyovest underneath.