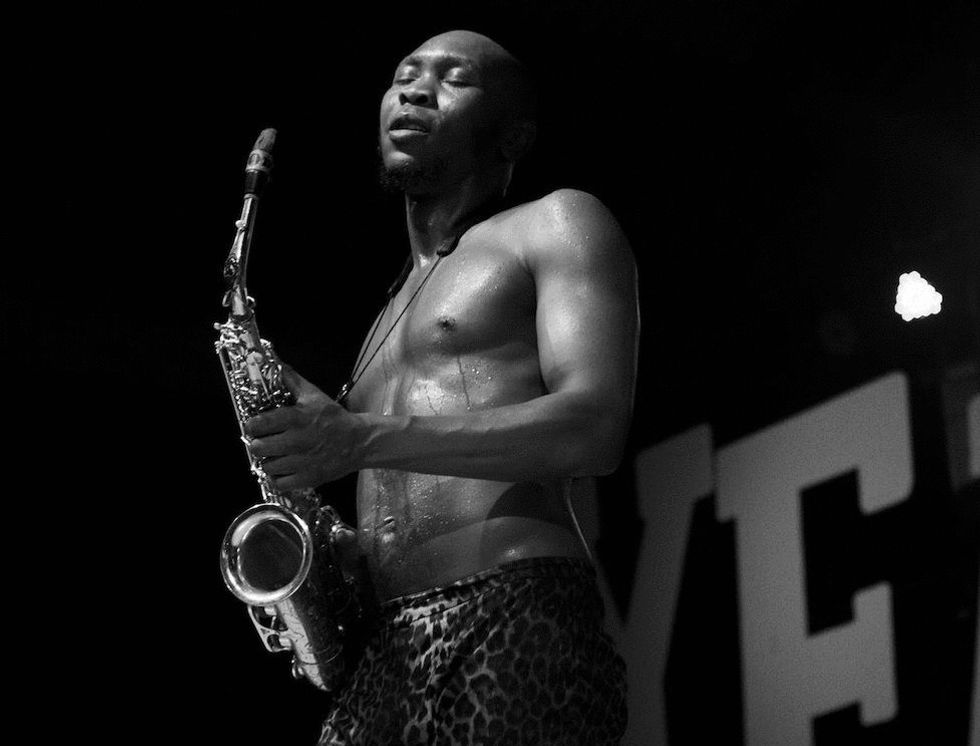 Catch them live this Sunday.

The 61st Grammys Awards are coming up this week and, despite their continued use of the questionable "World Music" category, a lot of our favorite African artists are nominated this year.

It's now been revealed that Seun Kuti and Fatoumata Diawara, who are both in the running for an award, will be performing together at the prelude to the 61st Grammy Awards.

The Nigerian afrobeat torchbearer and Malian star singer will be playing live at the GRAMMY Awards Premiere Ceremony taking place Sunday, February 10 at the Microsoft Theater in L.A. from 12:30–3:30 p.m. PT. The show will be streaming live on the Grammys official website.

This year, four out of the five nominees for the category are of African descent, including Seun Kuti and his band Egypt 80 for Black Times, Malian singer Fatoumata Diawara for her album Fento, Niger-born Tuareg musician Bombino for the album Deran, and the Soweto Choir, who performed at OkayAfrica and Global Citizen's Next 100 Summit in Johannesburg just last week, earned a nomination for their album Freedom.

We're rooting for all of these musicians, but it'd be nice if they weren't all lumped into one category, considering they all have very different sounds. We also hoped that with the massive cultural impact of afrobeats, that one of the genre's big names would have made the cut. It's clear that the Grammys remain behind on fully recognizing the talent coming from the continent.

Hip hop has been recognized in a major way this year with the two most nominated artists of 2019 being Kendrick Lamar and Drake with eight and seven nominations respectively. Lamar earned a Best Album nod for his work on the Black Panther soundtrack, which featured a slew of South African artists including Babes Wodumo, Yugen Blakork and more.