The 15 Best South African Songs of the Month 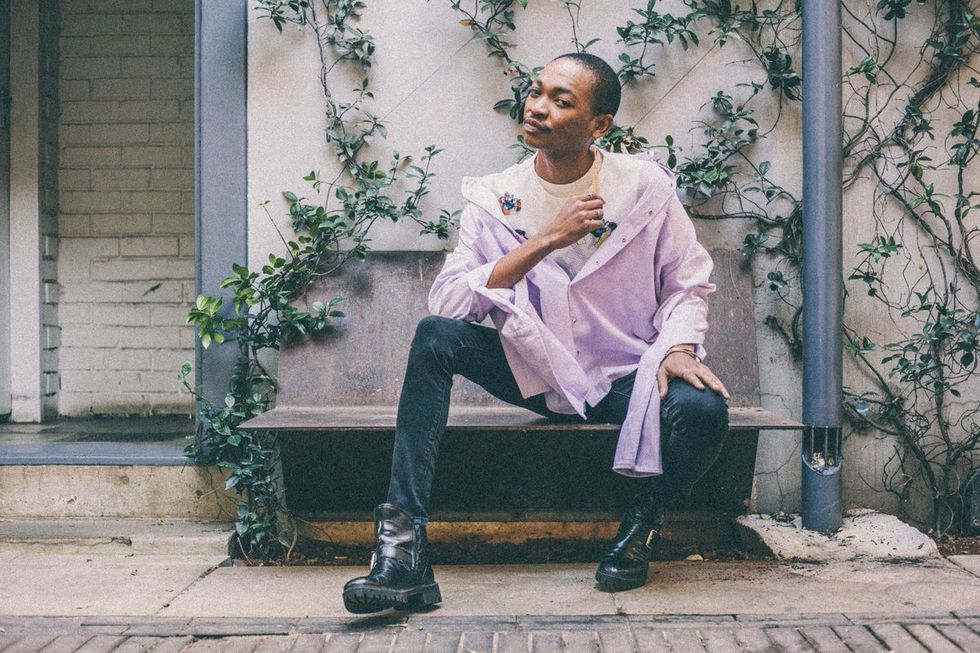 Our list of the best South African songs of the month includes new singles that dropped in May alongside those that were highlighted by getting the visual treatment.

Bonj's first solo single, which precedes countless guest features, is a song to bump during summer on the beach—it sounds like a holiday, from the bass line to the singer's layered vocals and the percussion the song stands on.

"Isiphukuphuku" is more proof (if you still need more) that kwaito will never die it just lives through other genres like electronica and hip-hop. Mx Blouse rides the mid-tempo instrumental with the bravado of a rapper and a kwaito artist. The video completes the song with people of diverse races and genders gyrate in a low-end mall.

The video for Anatii's latest emphasizes the song's meaning—it's in line with its lyrics, and depicts Anatii's spiritual side. Watch him decode the video, here.

"Mzabalazo" has a huge kwaito influence with skittering drums and buzzing synths. Leraba laces the music with matching flows to give the track more personality.

Kimosabe can do no wrong. His latest single "For Life" is a world class pop song that plays with your emotions as the artist bears his soul and wears his heart on his sleeve. It can also come in handy in the club or at a party.

The remix to Zakwe's hard-hitting 2017 hit, "Sebentin" is a gathering of some of the finest of South African hip-hop—from Pro, to Blakez, HHP, Kwesta and Pro. They deliver impressive verses whose merits and demerits kept hip-hop heads occupied on Twitter for a minute.

Your favorite Cape Town boy band Contra Gang released yet another impressive single. "Blast Off" is a tapestry of the group's personalities and rapping skills. The song is as much suitable for the club as it is for your headphones.

One of the biggest songs of the year got treated to an even bigger remix, that features the biggest names in house music in South Africa. The song's essentially a pose cut, and every artist showcases their unique style.

One of South Africa's most promising young rappers impressed Riky Rick so much the veteran rapper did not only bring him out at Back To The City, but also jumped on his latest single. As is always the case with The Big Hash's songs, the bass bangs hard, and his flows steal the show. Riky also spills some tea on his verse which is delivered in varied flows.

Read: You Need To Hear This 17-Year-Old South African Rapper

Bongeziwe Mabandla takes a moment to thanks the man above for what he has done for him. "Bawo Wami" blends folk and electronica perfectly, and Spoek's verse finds a perfect home over the music. The music video is layered without being too busy and is simply striking.

Cassper Nyovest "Push Through The Pain"

Cassper Nyovest's motivational single "Push Through The Pain" from his 2017 album Thuto, just got the visual treatment. The video, which plays out like a short film, tells the story of… well, pushing through the pain.

The music video for Durban-based rapper Robin Thirdfloor's "Ethekwini" is an ad for Durban as much as it is about the rapper's life. It shows a day in his life and shows the scenery of the coastal city.

The single to the duo's upcoming album is a song about father-daughter relations. The rappers each treat their verse as a conversation with their respective daughters.

The video to one of the strongest cuts from Da L.E.S' latest album, HOF 2, is infectious. L.E.S, his collaborators and everyone on the video are genuinely happy, and it's contagious.

Bonafide, a member of the socially conscious rap crew Last Days Fam, released a song about the "slay queen" culture. It's a tricky subject to cover for a man, as one runs the risk of getting preachy. But a member of a hip-hop crew that hasn't been shy about their affiliation with Christianity, preaching is the point. The music is impressive—mellow boom-bap with sweet keys and a healthy bass line, and Bonafide flows effortlessly. The politics of the song are a subjective debate that we will leave to you.