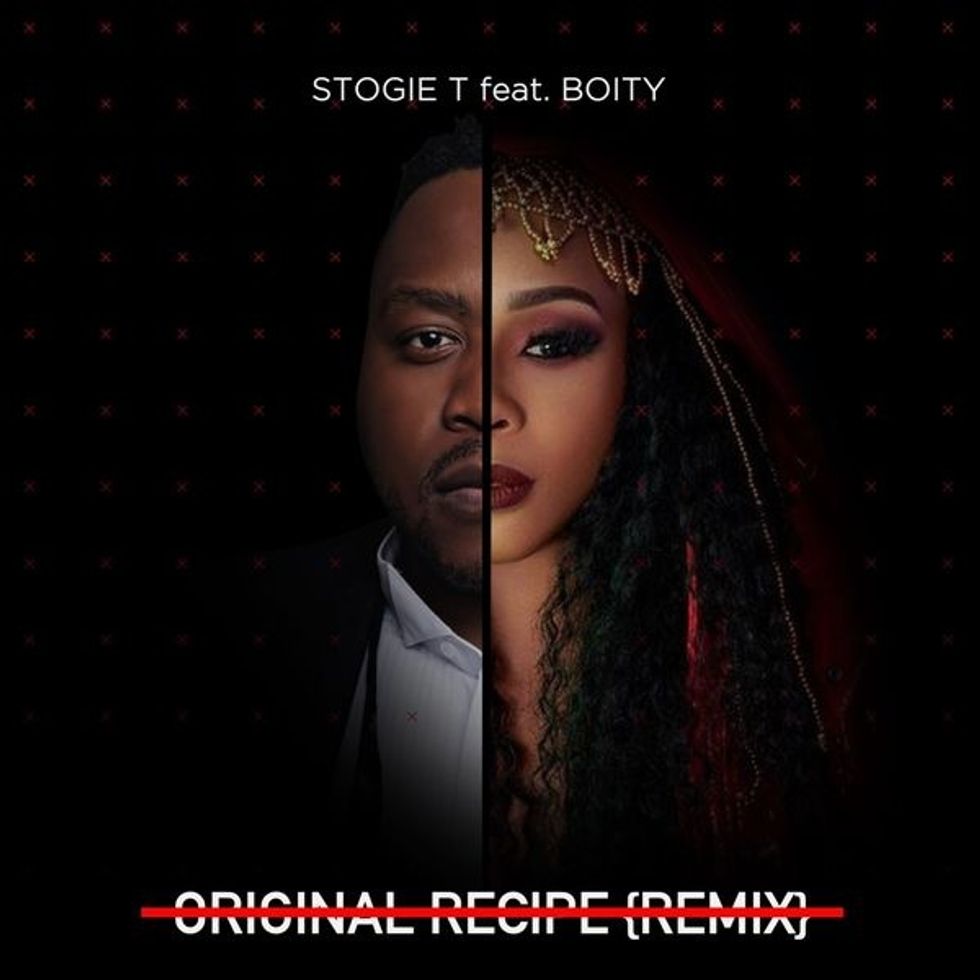 About a month ago, Stogie Treleased "Original Recipe Freestyle," a song that took many fans by surprise. In the song, the veteran MC, who's known for his proficiency as a hardcore lyricist, is crooning with the aid of auto-tune, mumble rap style.

By now, you should have figured out that the song was part of KFC's #TheWrapGameHasChanged campaign. Touchline and Boity were known to be part of the campaign, but their involvement beyond appearing on the TV ad, wasn't clear. Well, not until last week.

Boity's flow is solid, and there's really nothing you can do about it. She delivers her verse with conviction, drops some lines that cleverly reference KFC.

As much as this collaboration was facilitated by a brand, it's interesting to hear Boity rap alongside an OG like Stogie T, and him challenging himself to do what the kids do.

Listen to "Original Recipe Freestyle Remix" below and revisit our interview with Boity here.