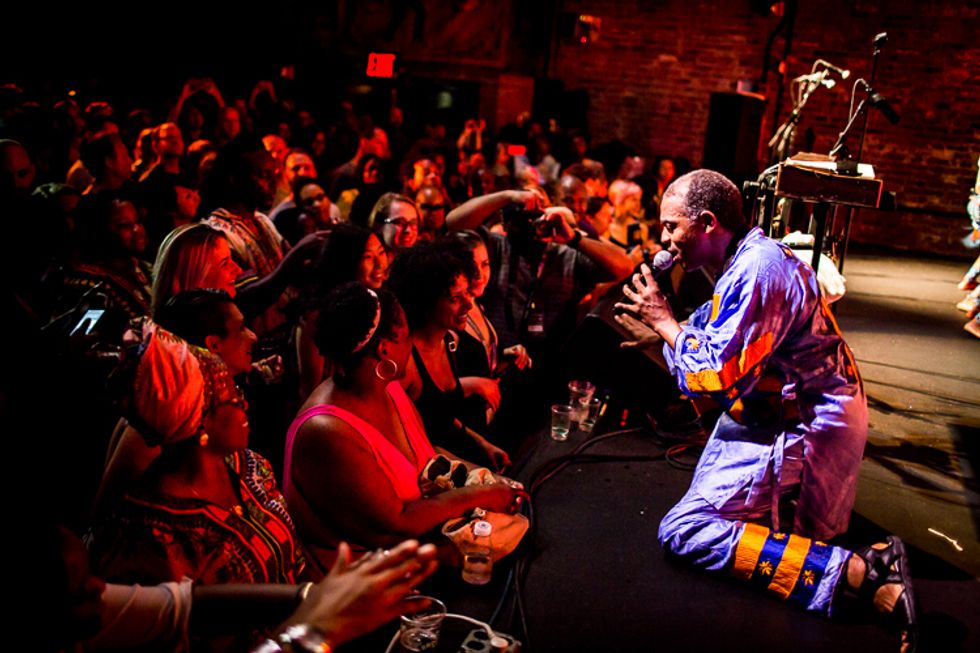 We round up all the NYC concerts you need to know this summer from the likes of Femi Kuti, Wizkid, Davido, Mbongwana Star and more.

In anticipation of all the outdoor shows and late night blow we decided to round up all the concerts you need to know about from the likes of Femi Kuti, Wizkid, Davido, Mbongwana Star and more.

Check out the list below, which we'll keep updating as more shows are announced. Have fun out there.

5/31—Akoya Afrobeat. The Brooklyn-based band Akoya Afrobeat host the release show for their third LP, Under The Tree, alongside No Small Money Brass Band, and DJ Center at Baby’s All Right. Tickets here.

7/3—King Sunny Adé, Orlando Julius and the Afro Soundz, & Rich Medina. Nigeria’s highly-acclaimed King Sunny Adé brings his jùjú music to Central Park SummerStage. He’ll be joined by Orlando Julius, who laid down the groundwork for the popularization of ‘afropop,’ and Rich Medina, the DJ widely credited for spreading the sounds of afrobeat across NYC. Free.

7/22—Wizkid, Davido, Stonebwoy, Diamond Platnumz, Flavour, Tiwa Savage, Iyanya, and Banky W. The Barclays Center will be hosting the all-star "One Africa Music Fest" concert featuring heavy-hitters like Wizkid, Davido, Stonebwoy, Diamond Platnumz and many more. The night will be hosted by Banky W and will be dedicated to help bring awareness for the “Bring Back Our Girls” campaign.Tickets.

7/29—Afrobeat x Afrobeats with Davido and Antibalas. Okayafrica will be hosting a show that bridges the gap between Fela’s afrobeat and modern afrobeats at Lincoln Center Out of Doors. The special night will feature performances from Nigerian superstar Davido, representing the afrobeats side, and NYC’s biggest afrobeat ensemble Antibalas. Tickets.