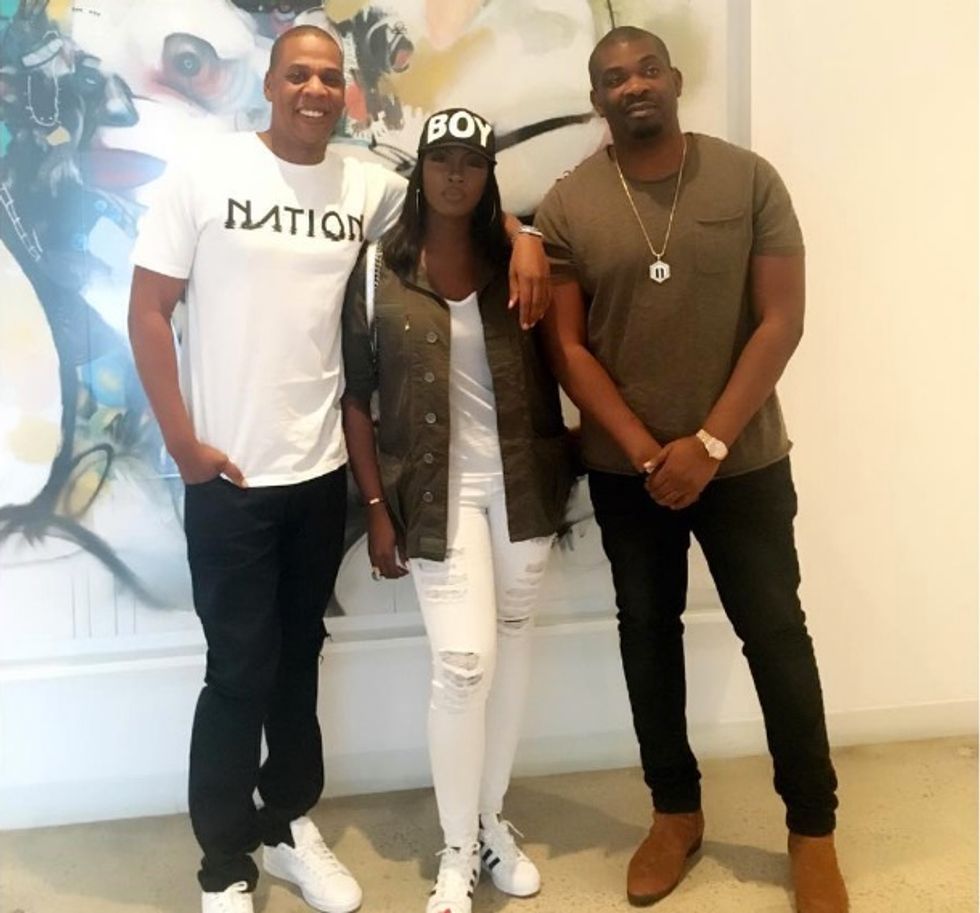 Just this week, a move was finalized as Tiwa Savage put ink on paper and announced that she’s signed a management and publishing deal with Jay Z’s Roc Nation.

If you remember, this deal’s been in the making ever since Jay tweeted out that his cousin, and Roc Nation director of mobile strategies, Briant “Bee-High” Biggs, had moved to Nigeria in search of new talent.